His thesis of homogeneity, embodied in the statement that Hindus and Muslims are one, is a serious and calculated assault on the composite culture of India. 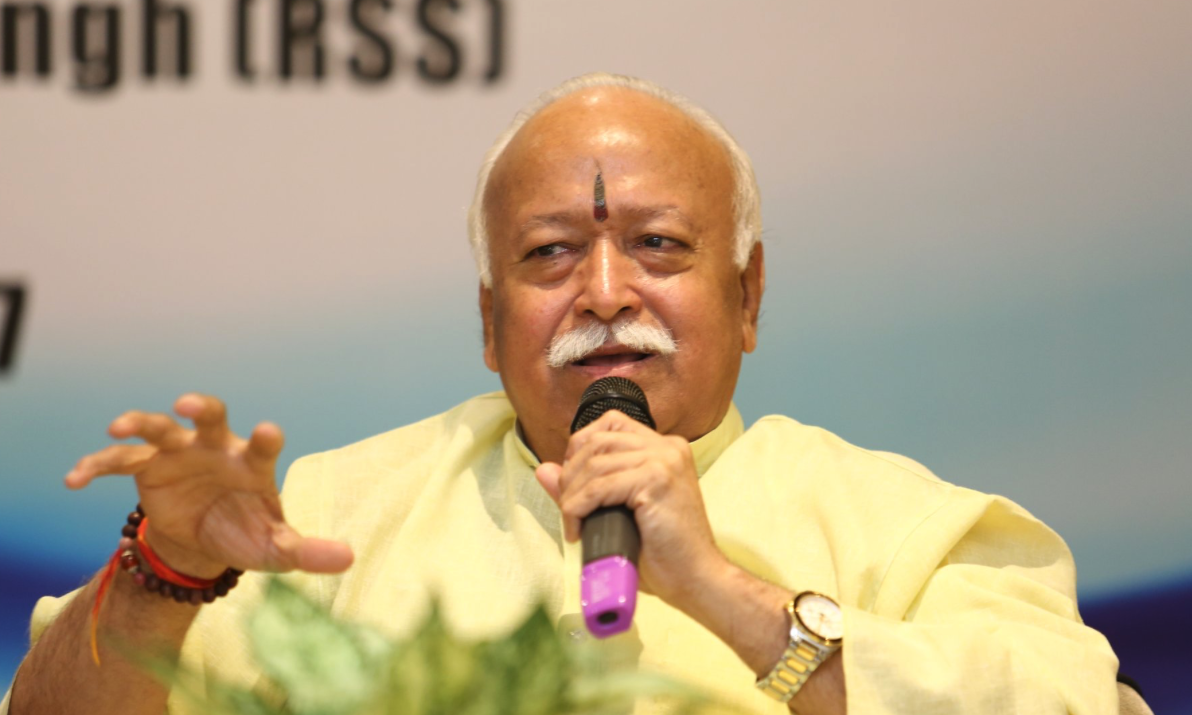 There has always been a wide gulf between what the Rashtriya Swayamsevak Sangh professes and what it practices. Its historical antecedents naturally arouse suspicions regarding the contents of RSS chief Mohan Bhagwat’s recent speech delivered at the Rashtriya Muslim Manch on July 4, 2021.

None can take exception to his statement that the DNA of all Indians is the same irrespective of the religion they profess. It would be welcomed by one and all as a major departure from earlier communally charged and divisive pronouncements from the Sangh parivar clearly asserting supremacy of Hindus over all other faiths.

While reassuringly saying that all Indians have the same DNA, Bhagwat added that “Hindu-Muslim unity is misleading as they’re not different, but one”. Many might welcome this formulation but it also spells uniformity and so negates the idea of unity in diversity. In fact, his thesis of homogeneity, as embodied in the statement that Hindus and Muslims are one, is a serious and calculated assault on the composite culture of India which celebrates the delightful diversities of our country. The smothering of diversity is a surefire road to violence.

The UNDP’s Human Development Report of 2004 on the theme ‘Cultural Liberty in Today’s Diverse World’ insightfully observed, “It is not diversity that inevitably leads to conflict but the suppression of cultural identity and social, political and economic exclusion on the basis of culture that can spark violence and tensions. People may be fearful of diversity and its consequences, but it is opposition to diversity…that can polarize societies and that fuels social tensions.”

Bhagwat’s statement that Hindus and Muslims are one constitutes opposition to diversity and is highly polarising.

His other statement that Hindu-Muslim unity is misleading is very dangerous. It is the unity among Hindus and Muslims which is the fundamental prerequisite for national progress, social harmony and, above all, for promoting fraternity and dignity which are enshrined in the constitution for the cause of unity and integrity of our nation.

Mahatma Gandhi, in his book Constructive Programme, incorporated 18 points and the first point was communal unity. He explained that such unity did not mean political unity which could be imposed from above; it meant the unbreakable unity of hearts by representing in one’s own person the personhood of a Hindu, Muslim, Christian, Zoroastrian, Jew, etc., i.e., every Hindu and non-Hindu. He advised everyone to cultivate personal friendship with persons representing faiths other than his own and to have the same regard for the faiths of others as he had for his own.

By claiming that there is no need for Hindu-Muslim unity, Bhagwat is subverting the idea of the unity of hearts, which is central to Sarva Dharma Sambhav (all religions equal) embodied in the concept and practice of secularism. 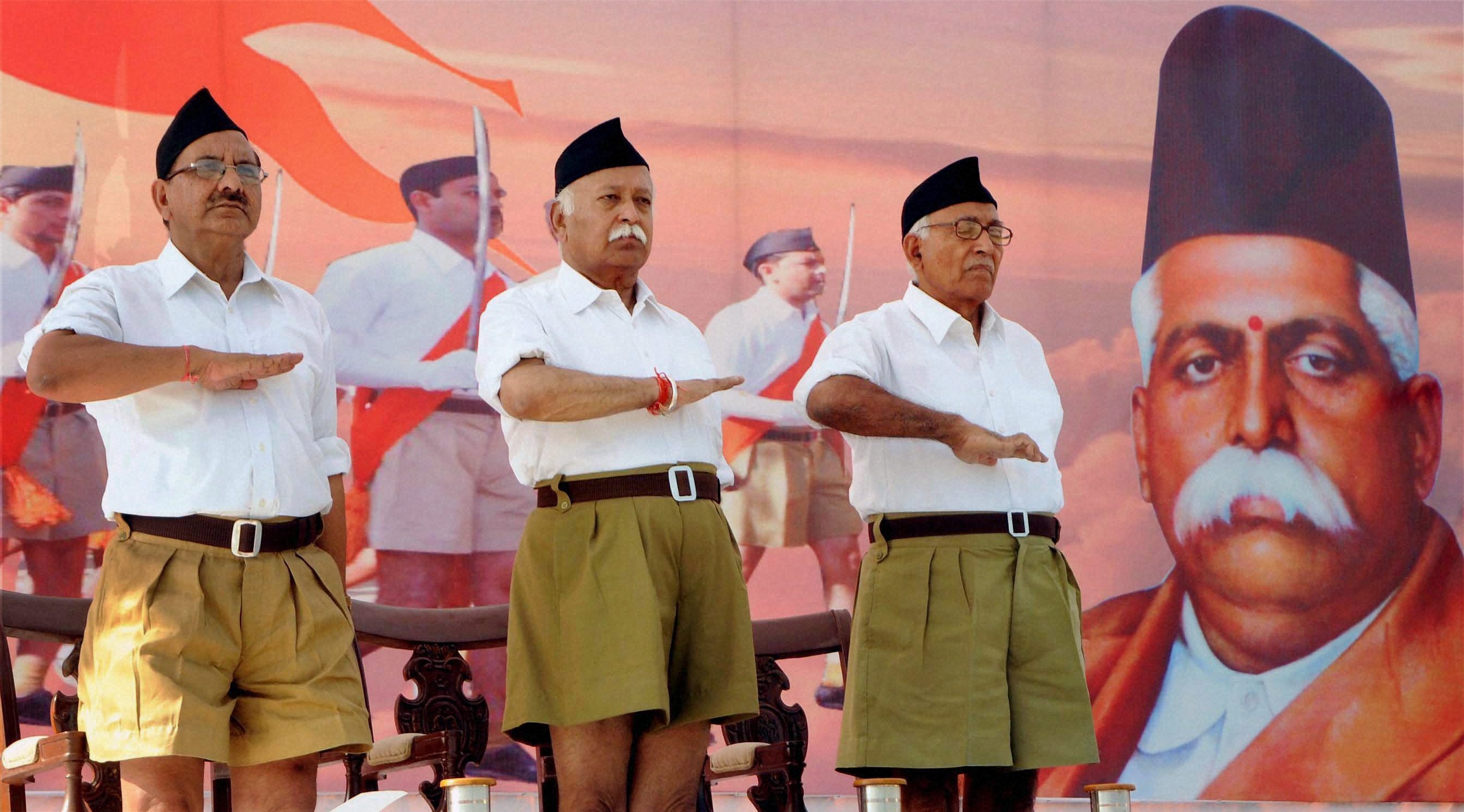 While Bhagwat was pleading that all Indians regardless of faith have the same DNA and neither Hindus nor Muslims would be able to dominate India, the Haryana BJP spokesperson and Karni Sena president Suraj Pal Amu was openly alluding to Muslims by saying that “…we will not give houses here on rent to the Pakistanis” and urged people to “Remove them from this country.”

If his statement has a familiar ring to it, this is no surprise. Mahatma Gandhi  while addressing a prayer meeting on November 16, 1947, categorically stated that “…..the Hindu Mahasabha assisted by the members of the Rashtriya Swayamsevak Sangh … wish that all the Muslims should be driven away from the Indian Union”.

In the context of the RSS’s sordid record, who can give credence to Bhagwat’s statement that all Indians share the same DNA? Let us be mindful that in 2018, while speaking in Chicago on the occasion of the 125th anniversary of Swami Vivekananda’s historic address at the World Parliament of Religions, Bhagwat had famously said that Hindus have no aspirations of dominance and the community would prosper only when it worked as a society.

At the same time he very disparagingly said, “If a lion is alone, wild dogs can invade and destroy the lion. We must not forget that.” To refer to any individual or group as “wild dog” is highly uncivilised and derogatory to the ideals of dignity and fraternity proclaimed in the preamble to the Indian constitution. The use of such language smacks of domination; it identifies the “other” as an enemy and is contrary to the idea of tolerance and acceptance.

Yet again in 2018, Bhagwat stirred controversy by saying that “All people living in India are Hindus in terms of identity”.

Three years later, he is talking about the shared DNA of all Indians. By saying that Hindus and Muslims are the same and that there is no need for unity among them, he is attempting to obliterate the cultural liberty of people. Such an articulation is highly patronising in nature and scope.

After the assassination of Mahatma Gandhi, when the RSS took a stand that its objective was to protect Hinduism and Hindus, Sardar Patel had cautioned that it would not be allowed to spread hatred in the name of protecting Hinduism. What Sardar said in the formative stages of our independence remains valid regardless of RSS Chief Bhagwat’s remarks that “those indulging in lynching are against Hindutva, though at times, some false cases of lynching have been registered against people”.

Instead of patronisingly telling the Muslims “’Don’t get trapped in the cycle of fear that Islam is in danger in India” Bhagwat should recall Ambedkar’s words, “If Hindu Raj does become a fact, it will, no doubt, be the greatest calamity for this country” and “must be prevented at any cost.” He should also recall Gandhi who had said while fighting for our independence “I do not want India to be wholly Hindu, wholly Islamic, wholly Christian; but wholly tolerant with all its religions coexisting and flourishing.”