Resistance by students to the removal of Jinnah's portrait should not be taken as an endorsement of his ideology. It is merely an assertion of the democratic right to take their own decisions. 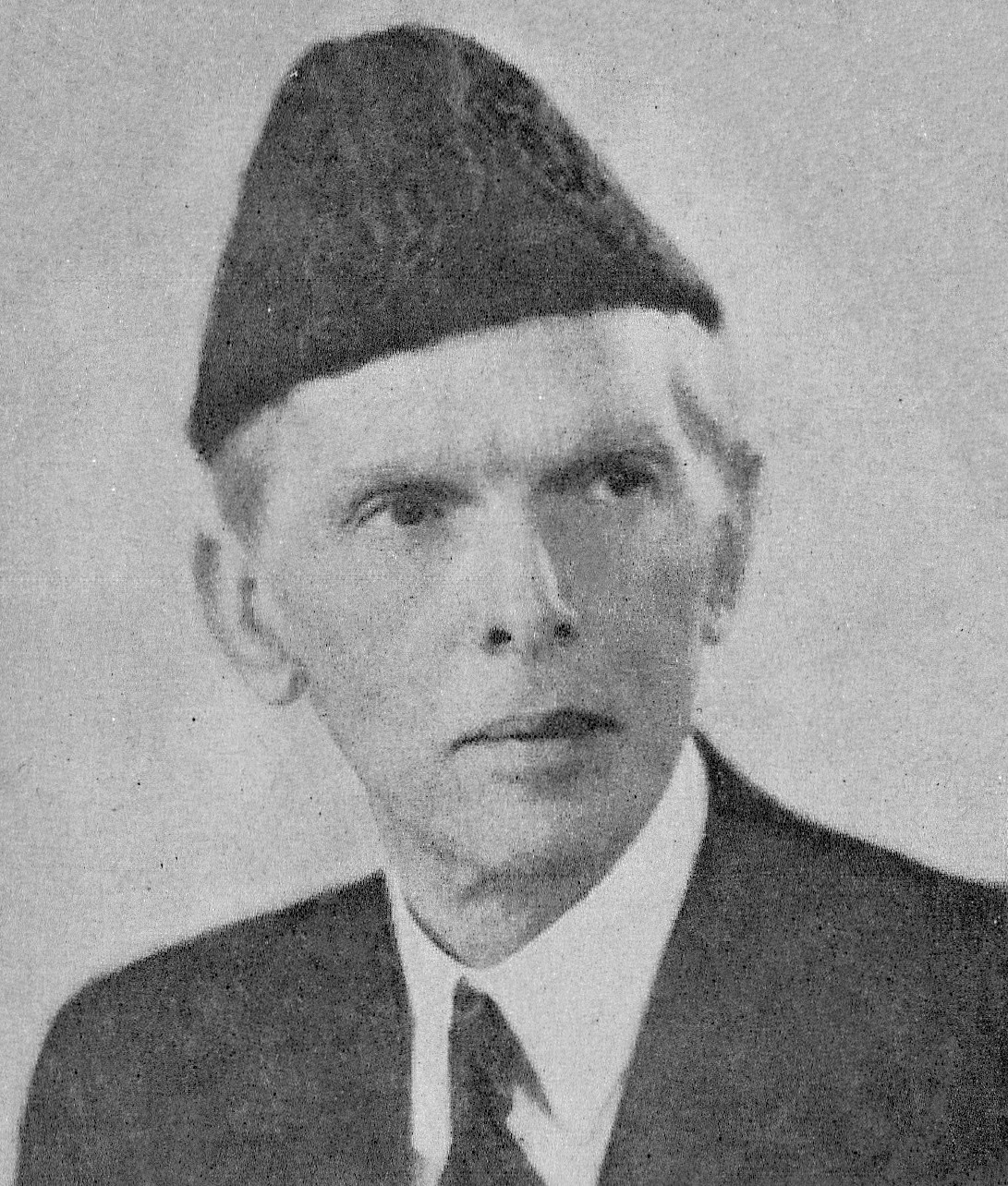 No one individual has caused as much damage to the Muslim cause in the Indian subcontinent as Muhammad Ali Jinnah. Why is it that a lawyer of his eminence – who had argued even for Bal Gangadhar Tilak – could not understand that India was going to be a democracy rather than Hindu monarchy? Did he, as a lawyer, consider the possibility of the future amendments to the constitution by a majoritarian government?

By dividing the Muslim population into two (now three, after Bangladesh), he permanently weakened their position and made them a numeric minority in India. The creation of Bangladesh proved Jinnah wrong within the first 25 years of Pakistan’s establishment.

Given all of this, Muslims in India and the students of Aligarh Muslim University (AMU) should have genuine grievances against Jinnah, and may want to discuss whether to withdraw the lifetime membership of the AMU students’ union he was granted. But no outsider has the right to dictate what they should do or threaten them on this account. Resistance by students to the removal of his portrait should not be taken as an endorsement of Jinnah’s ideology. It is merely an assertion of the democratic right to take their own decisions.

In fact, extremist Hindu groups like Adityanath’s Hindu Yuva Vahini, the RSS, VHP and so on have more in common with Jinnah than nationalist and patriotic Muslims. Hindu leaders like V.D. Savarkar and M.S. Golwalkar, just like Jinnah, believed that Hindus and Muslims are two distinct nations. The Muslim ulema were unanimous in their rejection of Pakistan. Even out of some 11% Muslims who had a right to vote under the Government of India Act, 1935, many opposed the Muslim League, and an overwhelming majority, out of their own free will, chose India as their country. The Hindu Right, strangely, has a problem with these patriotic Muslims, who think loving India is part of their religion and will sacrifice everything for their chosen country.

Is it not a fact that the Muslim League and Hindu Mahasabha were coalition partners in the provincial governments of Bengal and Sindh? When the Muslim League passed the Pakistan resolution, the Hindu Mahasabha was its ally. Forget the past, is not the BJP even today in alliance with the People’s Democratic Party and other similar parties in the Northeast? Will the Hindu Yuva Vahini force the BJP to withdraw from the PDP government?

Both the Hindu Mahasabha and Muslim League had divisive and regressive ideologies. The inheritors of Savarkar’s ideology are now bent upon destroying universities which are, ideally, supposed to be liberating spaces that allow all kinds of ideas to flourish. After Jawaharlal Nehru University, AMU is their new target – and an easy prey, as it can help them polarise the country.

AMU is fully committed to the unity and integrity of India. But then AMU cannot deny that Jinnah was given life membership of the university’s students’ union in 1938. Jinnah himself was a great votary of Hindu-Muslim unity during the major part of his political career, and was called the ‘greatest bridge between Hindu-Muslim solidarity’ by Sarojini Naidu.

The students’ union was established by Morrison, the English principal of Muhammadan Anglo-Oriental (MAO) college, decades before MAO college was converted into AMU. As a students’ body, AMUSU is not, strictly speaking, under the control of the vice-chancellor, though he has been given ceremonial role as its patron. Thus, Aligarh MP Satish Gautam should have addressed his letter asking for the removal of Jinnah’s portrait from AMUSU’s hall to the president of the union, as the vice-chancellor cannot impose his will on the AMUSU. Even the AMUSU president cannot remove any portrait, or for that matter take any decision, on his own, without debating the issue in the union’s general body. 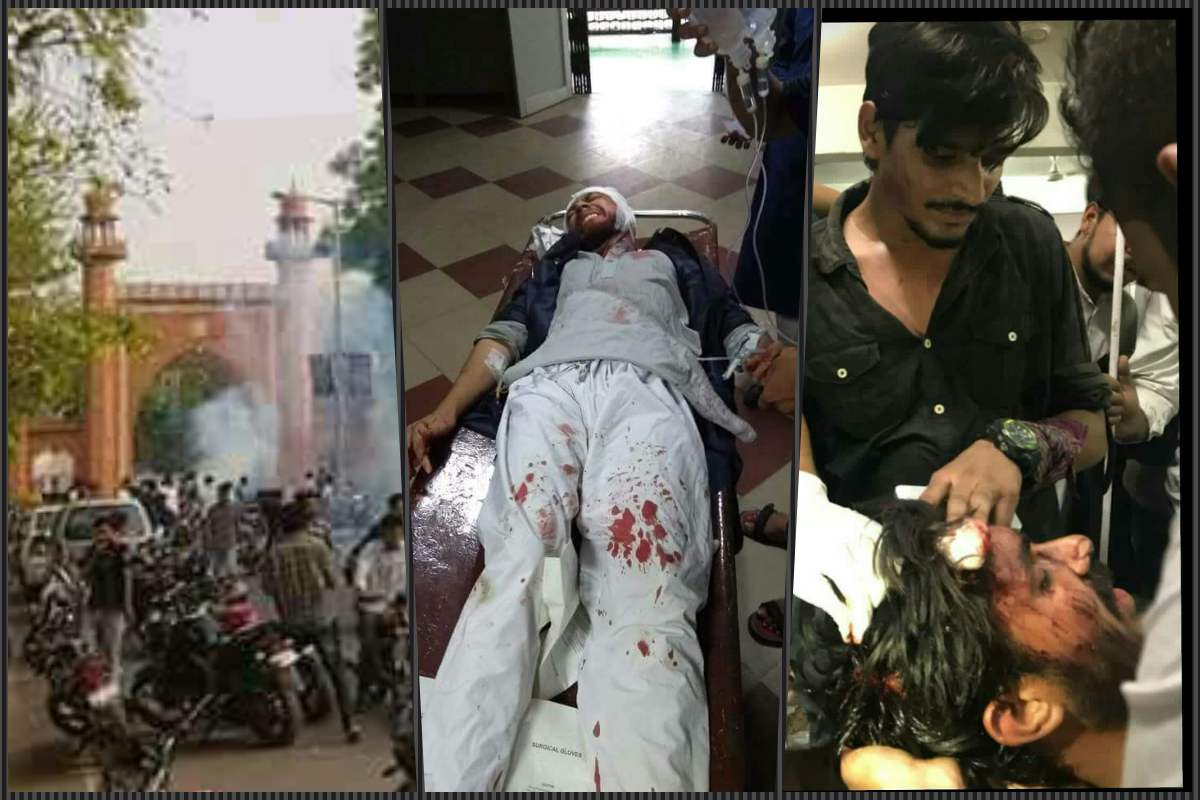 Such a debate would have allowed for the expression of all kinds of views, and in all likelihood students on their own would have decided to remove the portrait. But then the extreme Hindu Right does not believe in democratic processes and frank deliberations, and by their aggressive posture have created an unnecessary controversy. Now, as and when such a debate is held, there will be speakers (Muslim rightists) who will take a tough stand and insist that they will not budge under external pressure from non-state actors like the Hindu Yuva Vahini.

Prestigious lifetime membership of AMUSU was also given to stalwarts like Mahatma Gandhi, Nehru, Chandra Shekhar Azad and B.R. Ambedkar. AMU cannot deny that Jinnah did donate money to it and probably even made a mention of this institution as a residuary beneficiary in his will. Bombay University too was a similar beneficiary.

Jinnah and the Bombay high court

We continue to host Dalhousie town and Victoria Memorial in India. Should our revulsion of Jinnah mean we erase historic facts? If so, then the Bombay high court should not display Jinnah’s enrolment certificate as lawyer in its museum. This certificate was even shown to Prime Minister Narendra Modi at the 150th anniversary of the high court. We continue to have People’s Jinnah Hall and Jinnah House in Mumbai. Why do the Shiv Sena or other rightist parties not raise a voice against it? Why do we continue to have Jinnah tower in Guntur as a symbol of peace and harmony, on Mahatma Gandhi Road? It seems Jinnah’s picture with Hindutva idol Syama Prasad Mookerjee is even displayed in parliament.

Is it not a fact that the Indian constituent-assembly-cum-first-parliament had paid rich tributes to Jinnah on his death? Even L.K. Advani, as deputy prime minister visited his grave and called him a great secularist. In fact, Jinnah did oppose mixing religion and politics. Thus there is some truth in the protesting students’ slogan: “Jinnah to bahana hai (Jinnah is just an excuse)”.

This is the ‘New India’, which is entirely different from the liberal and progressive India which Gandhi, Nehru and other freedom fighters had imagined. We now want to take the path of those who did not participate in our freedom struggle and do not have faith either in our composite culture or in the fundamental duty enshrined in the constitution – to cherish and follow the noble ideals which inspired our national struggle for freedom.