Taking A One-Dimensional View of India Only Feeds Our Prejudices

We are happy to accept whatever we hear, as long as it confirms our worst fears and biases. But India is a much more complex society 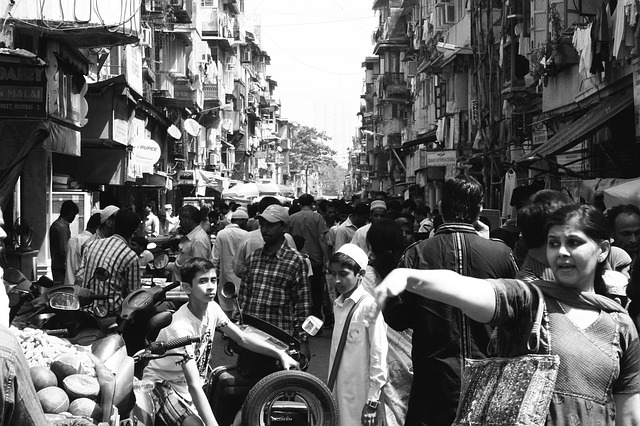 The savage killing in Dadri & the subsequent war of words between self-justifying saffronites & outraged ‘seculars’ has obscured the equally horrific murder of a 90-year-old Dalit who was hacked & burnt to death after he wandered into a temple. Although this death was less easy for saffron apologists to rationalize as an “unfortunate accident” stemming from “hurt sentiments”, it has curiously slipped under the radar of most civil society watchdogs. This is worrying.

There is much discrimination in Indian society, with age-old prejudices of caste, religion & gender coexisting with newly coined ones born of education, wealth, power & privilege, all of it being expressed in openly aggressive new ways. Some attract more public attention than others. We need to speak out for all those under threat, be they tribals, women, minorities, Dalits, inter-caste lovers, the LGBT community, rationalist thinkers, activists. It’s a heartbreakingly long list, but we cannot let outrage fatigue overtake us.

Equally urgently, we need to find new ways of expressing our dissent & distress at this rapidly fragmenting India. Sharing our pain with likeminded social media ‘Friends’ is cathartic but ineffective.   Violence and entitlement may end with a hatchet or bomb, but it all begins in the head. As our educational and cultural institutions becoming increasingly narrow single-agenda bastions, and the media concentrate on sound and fury rather than content, we need the energy of sustained public pressure to kickstart the process of creating awareness, renewing a sense of the joys and benefits of free speech and plurality, and a real understanding of India’s past.

The other day at a dinner party, a young America-returned IT executive vociferously rejoiced that “that bloody invader” Aurangzeb had been displaced by Abdul Kalam on a major Delhi road. I said that I held no particular brief for Aurangzeb, whose repressive Puritan policies had damaged his co-religionists as much everyone else, but to call him an invader was mistaken. He was (like me!) a 5th generation Indian, with more Rajput blood in his veins than Central Asian. The young man’s jaw fell agape. He confessed that he had never realised this. He had ignored too, that unlike the British, the wealth Aurangzeb and the other Mughals created remained in India, their chosen country of adoption. Aurangzeb imposed punitive taxes, but also actively promoted Indian industries, publicly pronouncing that his treasury belonged to the nation rather than himself – the first ruler to do so. During his reign India became the world’s richest country, its manufactured products sought after all over the world.

Like many young Indians, my dinner companion was victim of a one-dimensional version of Indian history. So much of the prejudiced polarisation taking place is because of incorrect and inadequate knowledge, often wilfully and politically motivated. The standard textbooks ignore the multiple strands that make up our extraordinary country – the knowledge systems, folk lore and legends of tribals; the origins and multiple interpretations of music, art, architecture, poetry, food, costume and dance that enrich us. There is no single stream of Indian cultural or social practice–would even the most ardent bhakt really want an India without cricket, quawali, banjara mirrorwork, the Baha’i Temple, shabad gurbani, Gond folk art, the choral North East music that wowed Obama, salwar kameez, Shahrukh Khan, the gentle messages of the Buddha, momos? For that matter, how did those British Army khaki shorts infiltrate the RSS and become their trademark? We need to beware of catchy emotive generalisations. Of stereotyping national identity.

We think of this as the glorious age of information technology, with access to everything that is happening. We use this to gloss over dreadful things, saying that rapes, massacres, child abuse, dowry deaths “always happened,” it’s just that we now know about them. What we need to remember that IT and social media and the mushrooming of the media has made mis-information and disinformation as easy as hard facts – and that not everyone is getting the same messages. People read or hear what is targeted to them, and tend to take anything in print or TV as gospel.

I was once caught in a weeklong communal riot in Ahmedabad. I was confined to a Community Centre in the suburbs. On one side was a Muslim resettlement colony, on the other a Hindu one. Dastkar and I worked with women from both groups. Both colonies were flooded with cassettes and leaflets full of inflammatory and totally false information, each demonizing the other. Passed around, the rumours spread and magnified like Chinese Whispers, (and this was pre- digital technology and the electronic media), fermenting hatred, fanning the flames. How many of us investigate what we read?

The media recently carried news of beef being thrown into temples, causing retaliatory rioting. Facebook then carried pictures of RSS followers, dressed in burkhas, who apparently were the real culprits, intentionally instigating the violence. What is the truth, which story was fabricated, which Photo-shopped? Maybe both? One can never really know….

Meanwhile, the image of that hapless 90-year-old Dalit, wandering into that Mandir and dying a painful horrible death haunts me. How can we so dehumanize each other? Why is a Dalit, missionary, North Eastern, or Muslim considered “The Other” – fair prey for any ghastly acts?

Bhagat Singh wrote in 1928, “Our country is unique where six crore citizens are called untouchables and their mere touch defiles the upper castes. We claim to be a spiritual country but hesitate to accept the equality of all human beings”. He went on, “If you treat them (untouchables) worse than animals, then they will surely join other religions where they will be treated like human beings. In this situation, it will be futile to accuse Christianity and Islam of harming Hinduism.” What resonance these words have in India today. We need to make the promises of our Constitution a reality. Each one of us. The amazing all-India groundswell of the India Against Corruption movement led to the creation of AAP. Then we all sat back. The result was abysmal.

The Prime Minister said to representatives of the minorities some months ago, “I give you my word, if you knock at my door at midnight I will respond.” His response to the Dadri lynching has been both belated and sadly inadequate. Dozens of other discriminatory acts and incendiary statements have gone unpunished. Our knocks and our voices need to be much, much louder. If we act on behalf of all the marginalised, rather than our own small interest groups, that knock might just break down the door of intolerant impunity – alerting both India and those with their eyes currently wide shut. Let’s not wait till midnight and darkness descends.

The writer is Founder Member & Chairperson of DASTKAR, Society for Crafts & Craftspeople.