In the latest incident of cattle-related violence in Rajasthan, 22-year-old Talim Hussain was gunned down by the police on Wednesday. 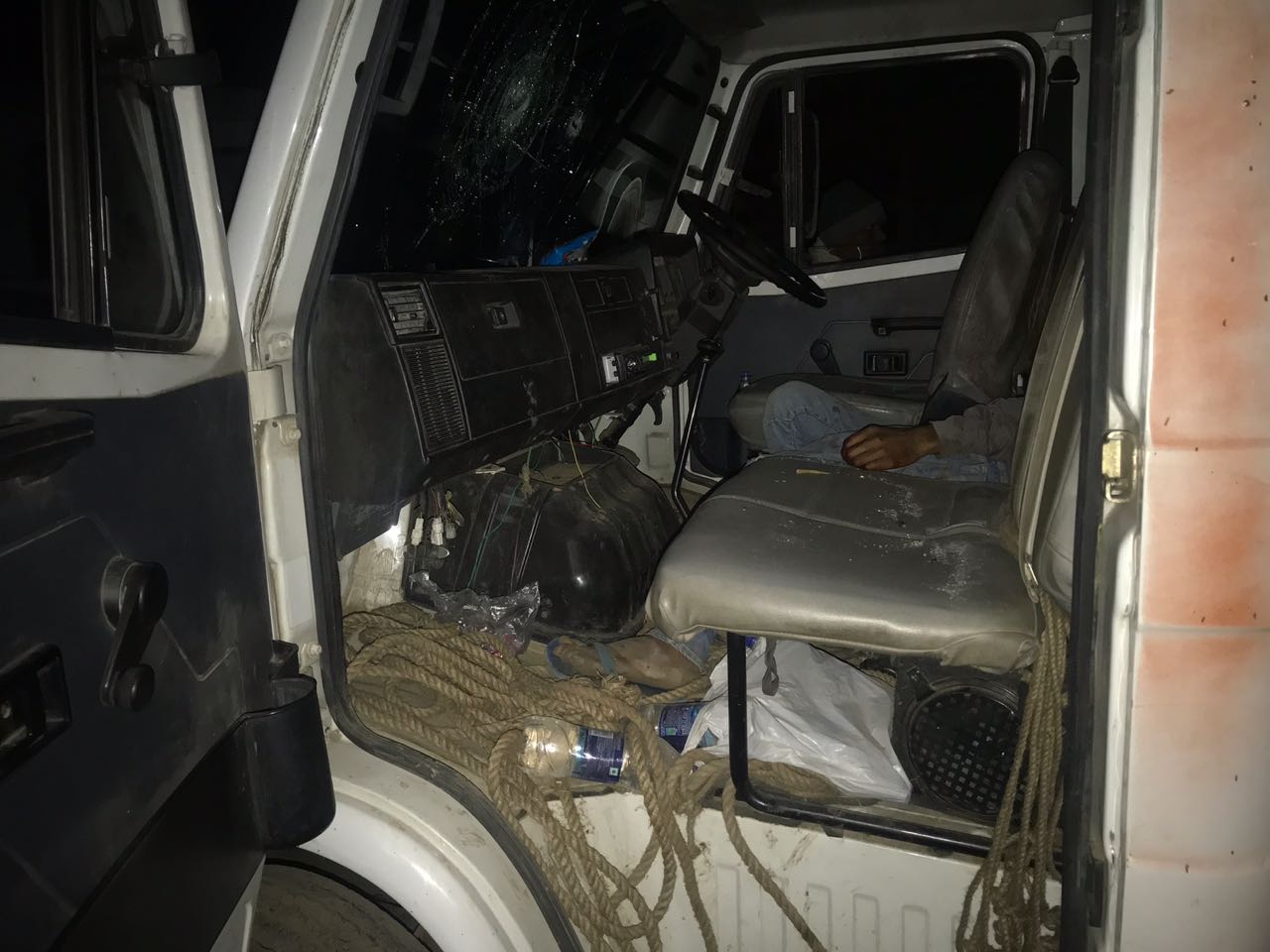 Jaipur: A day before 22-year-old Talim Hussain, a truck driver from the Salaheri village in Nuh tehsil of Mewat district in Rajasthan, was killed in an encounter with the police in Alwar, he had come home to see his newborn son, Faizan.

The encounter took place in the Janta Colony area late on Wednesday night. A group of five to seven people were seen transporting cows in a “stolen” mini truck. When the police tried to stop them, they allegedly opened fire at the policemen.

“Talim was a truck driver, not a cow smuggler. He was at home until 9 pm on Wednesday. He didn’t inform anyone where he was going and with whom. The next morning, a few boys of our village came home and showed us Talim’s encounter video on the internet,” said 24-year-old Aarif, Hussain’s brother who works as a line man in the electricity board in Mewat.

“Jisne zindagi mein kabhie koi hathiyaar nahi uthaya, woh kaise police par goli chala sakta hai (how can someone who has never taken up arms in his life, fire at the police)? I called him at around 8:30 am on Thursday, but someone else picked up the phone who told us that he had found the phone on the road and wanted us to collect it. We felt something was wrong. When we reached there, the police told us that Talim was a cow smuggler and had been killed in an encounter,” he added.

“Even if they charged him of cow smuggling, they had no right to kill him. Bahut dukh ki baat hai ki iss desh mein janwar ke liye insaan ko maara jaa rha hai (It is really sad that in our country, humans are being killed to protect animals),” 35-year-old Mohammad Ali, Hussain’s elder brother, told The Wire.

Social activists claim that such incidents are on the rise in Alwar because of Hindu-dominated villages in the area where self-styled cow vigilantes extract money from dairy farmers in return for permission to carry the cows. If they refuse to pay, they are often beaten up and killed, activists claim.

“This is not an isolated incident. The police and gau-rakshaks have been targeting us for the past three years. Now they are at a stage where they don’t even need any permission. Even if they suspected Hussain to be a cow smuggler, they should have caught him alive,” said Noor Mohammad, Alwar’s secretary of People’s Union for Civil Liberties.

“At 2:00 am on Thursday, the police’s night patrolling team saw the men loading cows in their truck and immediately reported about it to the control room. We then set up blockades to catch the vehicle,” superintendent of police, Alwar, Rahul Prakash told The Wire. 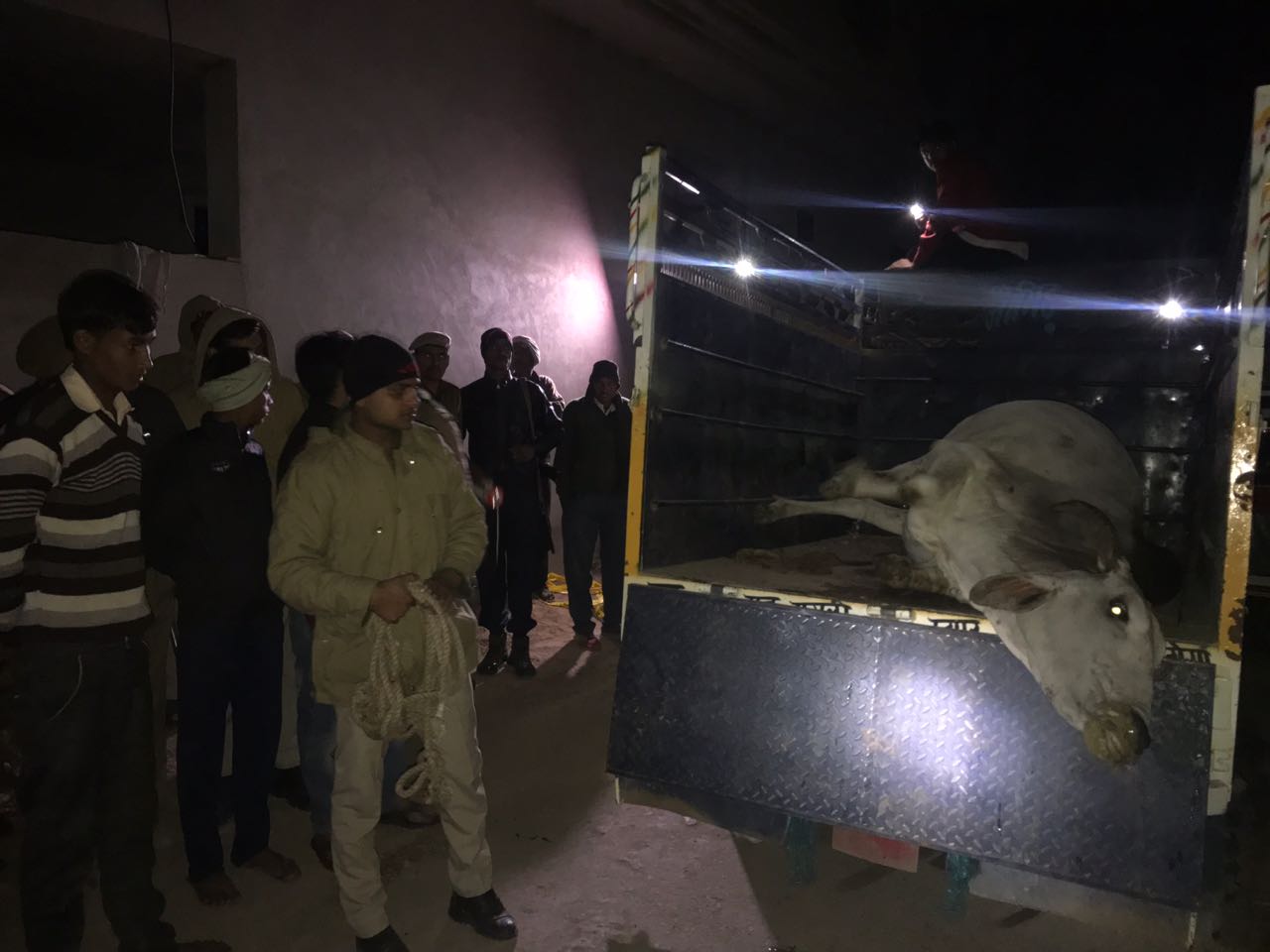 A case of ‘cow smuggling’ has been registered under the Rajasthan Bovine Animal Act. Credit: By special arrangement

“At the Kaali Mori blockade, the police retaliated but they didn’t stop. The vehicle was later found abandoned at Janta Colony. Five cows were in the truck. It is not clear how many criminals were in the truck. We assume there were five to seven people,” Prakash added.

A case of ‘cow smuggling’ has been registered under the Rajasthan Bovine Animal Act, which prohibits cattle slaughter and regulates their temporary migration or export. However, past charges of cow smuggling against Hussain are yet to be found.

A policeman was reportedly injured in the encounter.

“Devendra Pratap, station house officer at the Neb police station, sustained a leg injury after the smugglers threw stones at him,” Prakash said.

When asked why the police didn’t catch the men alive, Prakash said, “We will justify the encounter in the court.”

Speaking to The Wire, Pankaj Kumar Singh, additional director general of police (crime) said, “We recovered weapons and used bullets from the site. Both the vehicles – the truck and the police car – were fired at.”

“The post-mortem is not yet done, but that’s a different aspect. It’s not that the doctors are not available or the board is not available. Everything is available. It’s just that they are making a bargain out of it,” he said.

When asked why many cow smuggling cases in the recent past have emerged from Alwar, Singh replied, “Sadly, the question is why only one part of Haryana is doing it and not the rest. There has to be a pattern. Alwar is affected because more cows are trafficked in this area.”

The village community has demanded a compensation of Rs 20 lakh and a job for Hussain’s widow.

Ramzan Choudhary, president of the All India Mewati Samaj said, “The encounter was ‘unconstitutional’ and we want it to be investigated. We also want a post-mortem board to be set up consisting of three members, including one from the minority community.”

Last month, Umar Mohammed, while transporting cows to his home in Ghatmeeka in Pahari tehsil of Bharatpur, was allegedly shot dead and later thrown on railway tracks by cow vigilantes.

Earlier, in April, Pehlu Khan and his sons, on their way home to Nuh from Jaipur, were stopped and assaulted by self-styled cow vigilantes for “illegally” transporting cattle, even after they told them they had the required permit. Pehlu, along with five other men who were beaten, was admitted to a district hospital where he died two days later. While in the hospital, he gave a statement to the police naming six men who were later given a clean chit by the Rajasthan police.