Sweeping assertions filled with vitriol against the Rohingya have now entered the formal pleadings. The court should not allow unfiltered communal speech.

Rohingya refugees who are affected by cyclone Mora, come back to their makeshift home after collecting relief supplies at the Balukhali Makeshift Refugee Camp in Cox’s Bazar, Bangladesh May 31, 2017. REUTERS/Mohammad Ponir Hossain TEMPLATE OUT 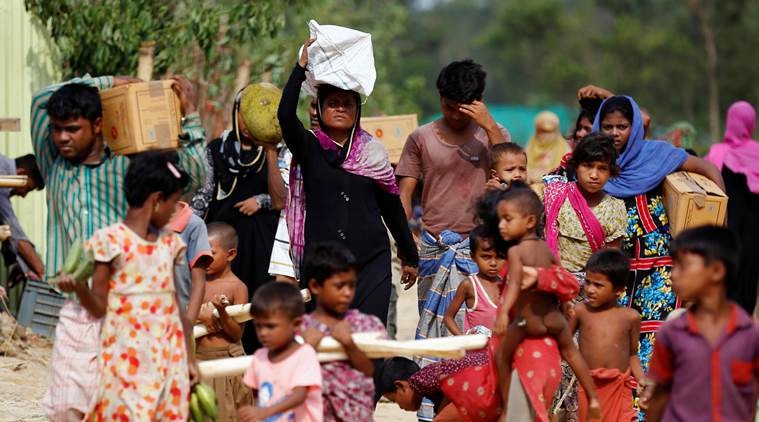 For a long time, the Sangh parivar has engaged in ‘dog-whistle’ politics targeted against religious minorities, especially Muslims. The simple policy of the rising stars amongst the saffron brigade has been to provoke and polarise through statements that are seemingly benign but whose real import is to paint religious minorities as inferior, second class citizens. Hence the comments about ‘kutte ke bacche’, ‘Mian Musharraf’, ‘love jihad’, ‘hum paanch hamare pacchees’, ‘James Michael Lyngdoh’ and of course, who can forget the reference to ‘kabristan’ and ‘shamshan’ during the Uttar Pradesh election campaign. Of course, the new generation of leaders, like Ajay Singh Bisht (a.k.a Yogi Adityanath), do not even attempt to hide their contempt for India’s minorities.

The envelope is constantly being pushed and the new “normal” constantly being redefined. We are now witness to bile and vitriol against Muslim refugees becoming a formal part of pleadings filed before the Supreme Court. The Indic Collective Trust is a Chennai based trust that reportedly works for the “welfare of the interest of Indian tradition, culture and civilisation”. In an intervention petition filed in the ongoing proceedings initiated by Rohingya refugees before the Supreme Court seeking a stay on their deportation back to Myanmar, these self-proclaimed guardians of Indian tradition, culture and civilisation have made sweeping statements against the Rohingya people purely on the basis of their Islamic faith.

Since the intervention petition has been made available on the website of Bar & Bench, I reproduce excerpts of some of the incendiary language used in the petition:

It is humbly submitted at the very outset that the Rohingyas have in fact become an Islamic terror (sic) and it is said so because from a cursory survey of Rohingya history, it is clear that the Rohingya are not an ethnic but a political construction.

It is submitted that undisputedly India is among nations worst affected by Islamic terrorism. It has its serious demographic challenges. Thousands of Rohingya refugees, most of them settled in Jammu and Kashmir where already Islamist separatism is raging, are a people ripe for terror hiring and indoctrination. Armed rebellion is not new for the Rohingyas. They have been engaged in armed militancy since the 1940s with the aim of seceding from Myanmar and creating an Islamist state. The same may happen in India too, as the Rohingya community is volatile and may act as a catalyst to the smouldering separatist fire.

Further, it is submitted factually that recently on 25th August, 2017, around 150 men armed with machetes, bombs and other weapons launched coordinated attacks on 24 police camps and an army base in Myanmar’s Rakhine state resulting in 71 dead. It also announced to the world the coming of age of the Arakan Rohingya Salvation Army (ARSA), a terror outfit led by Ata Ullah, a Rohingya man born in Karachi and brought up in Mecca of Saudi Arabia. Further Burmese, Bangladeshi and Indian intelligence agencies have found Pakistan’s terror groups hiring Rohingyas from Bangladesh’s refugee camps, training and arming them. Terrorist groups like Lashkar-e-Taiba are already out in shopping spree and recruiting Rohingya forces. Several news reports on this front speak the reality. True copy of the news report published in the Hindustan Times dated 02.08.2013 is annexed & marked as ANNEXURE I-2 (Pages 10 – 11).

In this background, it is not just wise but urgent for India to deport these 40,000 and more Rohingya Muslim refugees from the Indian Territory.

The sweeping assertions made in the above pleadings, presuming that the Rohingya people are likely to become terrorists who threaten Indian security and join the Kashmiri separatist movements simply because of their Islamic faith, is distasteful, bigoted, factually incorrect and absurd beyond belief. No person can be presumed more inclined to commit a crime or become a terrorist merely because of their religious beliefs. and it is astonishing that someone can make such a claim before the Supreme Court. It takes a degree of bigotry laced with generous doses of stupidity to make or believe such an assertion. So far, all the news reports about Pakistani terror outfits seeking to recruit Rohingya refugees are filled with “anonymous intelligence sources”. Even the terror attacks in Bodh Gaya in 2013, which were presumed to be in retaliation to violence against the Rohingya people in Myanmar was pinned on an alleged member of SIMI and the Indian Mujahideen. From the publicly available information there does not appear to be a single arrest of a Rohingya on suspicion of terrorism.

The fact that these statements were made in pleadings filed before the Supreme Court means that nobody can take legal action against the petitioners or their lawyers for their unfiltered hate speech because pleadings filed in court enjoy qualified privilege. The privilege extended to these pleadings is subject to judicial discretion and judges can order any part of the pleadings to be expunged of any remarks that they find objectionable. For example, during the Snoopgate hearings, the Supreme Court ordered suspended IAS officer Pradeep Sharma to delete “scurrilous allegations” made against Narendra Modi in a petition filed by Sharma. 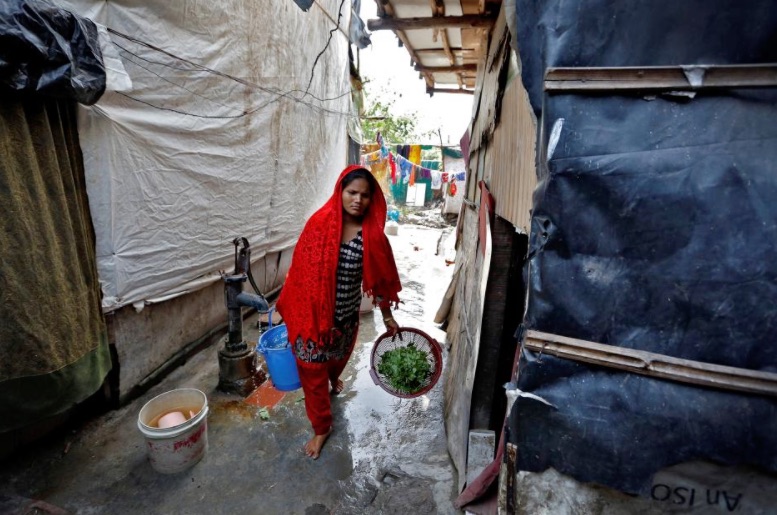 A woman from the Rohingya community carries vegetables in a camp in Delhi, August 17, 2017. Credit: Reuters/Cathal McNaughton

It is also worth noting that the Rules of Professional Conduct prescribed by the Bar Council of India impose on advocates, the duty to refuse clients who insist on unfair means. The relevant rule is reproduced as follows:

That an organisation claiming to be defending “Indic” values has chosen to make such bigoted statements against Muslim refugees is of no surprise given that Muslim baiting is a guaranteed path to political and economic success in “new India”. That they chose to make such statements in pleadings before the Supreme Court is also of no surprise. Intervening in a high-profile petition filed by refugee Muslims is a sure shot way to gain press coverage and raise funding – how else can you get the good folks at the Hindu to unquestioningly reproduce hate speech against Muslims?

Also read: Finding Hope for the Rohingya in Unexpected Places

The hatred being spewed against the Rohingya people is only to be expected in an India polarised on religious lines. But it should be worrying when pleadings filed before the Supreme Court start to resemble the Twitter timeline of the “Internet Hindu”, who as Ramachandra Guha described is a “certain kind of Indian who gets up before dawn, has a glass of cow’s milk, prays to the sun god, and begins scanning cyberspace for the day’s secular heresies.”

While there is little doubt that public opinion in India is going to be polarised on religious lines for the foreseeable future, let us hope that our public institutions try to maintain some façade of religious neutrality. Ordering the petitioners to expunge those bigoted statements would be a good start.

Prashant Reddy T. is a an assistant professor at NALSAR University of Law, Hyderabad.