The attack on an army camp has brought insecurities around the perceived changes in the area's demographics to the fore. 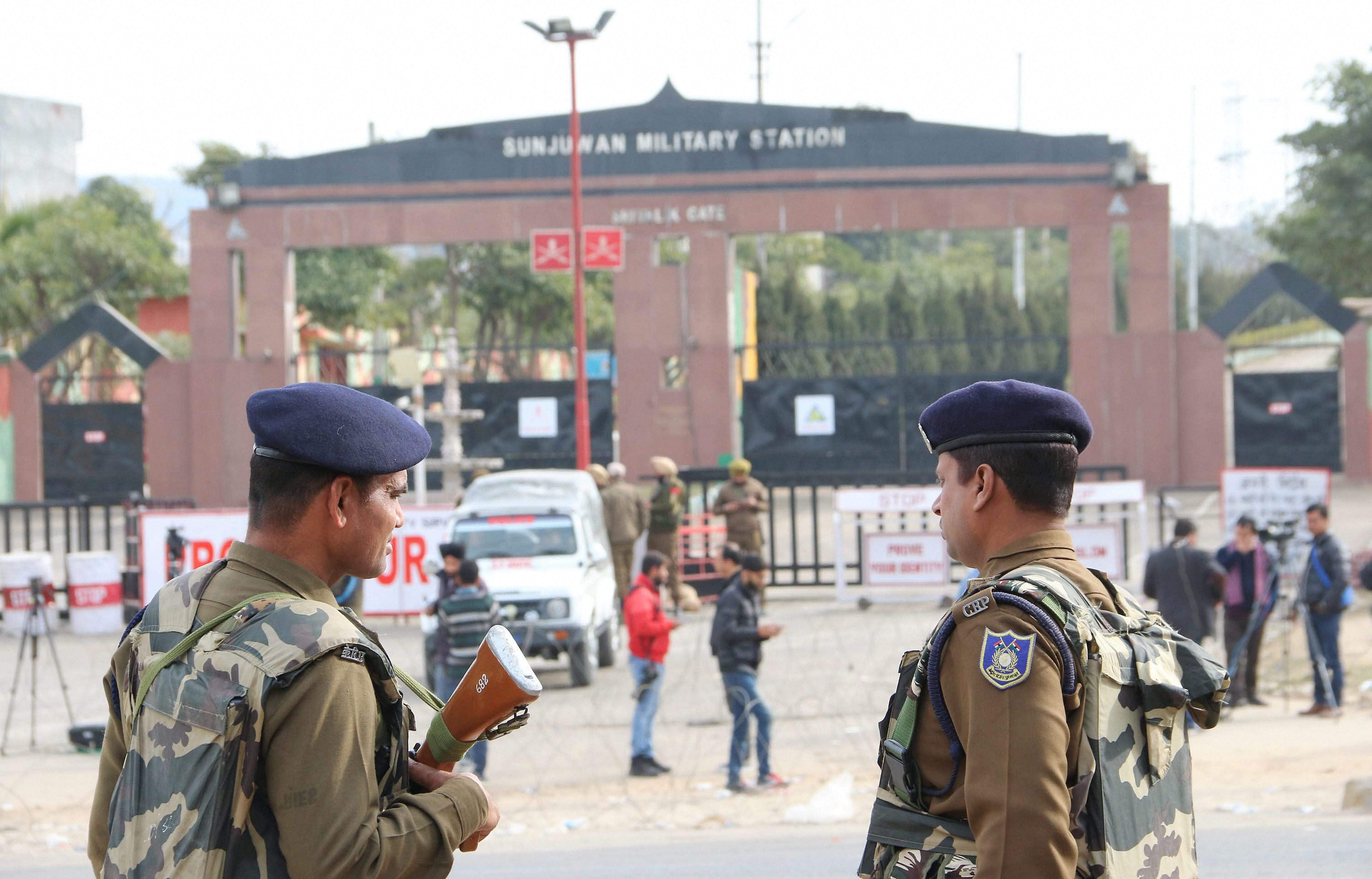 Jammu: Three terrorists who attacked an army camp in Sunjuwan, Jammu city, on February 10 most likely stayed in a shed a few metres from the rear side of the camp, though the police is yet verify this. After the attack, security forces noticed graffiti on the wall of the shed: ‘Go India Go Back’.

Such graffiti may pop up in some parts of Kashmir but is unimaginable in Jammu city, which is 300-km south of the Valley and the political and ideological base of the Bharatiya Janata Party. The police was quick to paint over the ‘Go’s’ in black, so the graffiti now reads: ‘India Back’.  Three days after the operation at the camp was over, some locals painted more graffiti adjacent to the earlier one in dark red: ‘Hindustan Zindabad’.

The changing graffiti is reflective of the divide between the two regions in the state – Jammu and Kashmir. Repetitive terrorist attacks in and around the Hindu-majority Jammu city not only widen the gap, but also fuel the perceived sense of ‘insecurity’. The attacks, people think, are part of the ‘design’ to force their ‘migration’. Some also say that job of ‘encircling’ Jammu city – setting up Muslim-majority colonies – is almost complete.

Attacks of the kind that happened at the Sunjuwan camp bring these insecurities to the surface, triggering communal tensions.

“Jammu displayed its secular, liberal character even when the Raghunath mandir was attacked, but repetitive attacks do trigger a sense of insecurity among Hindus. Though the tension is not palpable, but it’s surely in the air and danger is lurking,” said K.B. Jandiyal, a former IAS officer and regular columnist in local dailies.

Twelve people, including four women, died in the 2002 attack at Raghunath mandir, built by Dogra rulers. The temple is one km away from the Talab Khatikian area, one of the two Muslim-majority mohallas in the old Jammu city.

In the 1990s, when terrorism in the region first began, many Kashmiri Muslims and Muslim families from other parts of Jammu started migrating to Jammu city. The economic boom started in the same period, and with Srinagar seen as ‘unsafe’, relocation to Jammu gained pace. They primarily settled in colonies around the Sunjuwan army camp, the largest of which is called Bhatindi.

In 2002, terrorists killed 27 Hindu labourers at Rajiv Nagar, in the vicinity of the Sunjuwan army camp. Investigations established that the militants were provided a safe house and arms and ammunition in Jammu. In 2003, terrorists attacked the same camp, killing 12 army personnel.

After these two attacks, conspiracy theories started doing the rounds, that Muslim-dominated colonies around the camp were deliberately set up to harbour terrorists and change the demography of Jammu. Fifteen years ago, the area was sparsely populated.

Just a day after the attack on the army camp, Shailendra Aima posted on Facebook: “After successful demographic invasion in Jammu and encircling vital installations, next we may soon see target killings in Jammu like they did in Kashmir in Sept to Dec in 1989. They shall push for Hindu exodus from Jammu (sic).”

Aima is a Kashmiri Pandit whose family lives in Jammu. His father started one of the oldest private schools in the city in the early 1970s and has relations with the Dogras of Jammu. Most of the replies to his post, expressing similar concerns, were from other Kashmiri Pandits. Having been a victim of terrorism, it can be assumed that this community fears the aftermath of such attacks more.

Hours after the attack, an advertisement published in a local daily on November 2015 – for the sale of plots – went viral on social media. It said that plots in the Sunjuwan area are available for Muslims only. The Tribune had carried a story on this advertisement. On November 20, 2015, J&K deputy chief minister Nirmal Singh, who is also the minister for housing and urban development, told The Tribune that the government had ordered a probe into ‘communal enclaves’ coming up in Jammu.

“The demography of the cantonment attacked by the militants and adjoining area indicate the possibility of local support to the terrorists. The Jaish-e-Mohammed module, which conducted the attack, may have infiltrated sometime back and there is a possibility of them having enjoyed local support before the final operation,’’ said defence minister Nirmala Sitharaman in a press briefing in Jammu after the attack.

The statement only added to the perceived sense of insecurity in Jammu. Police believe that since terrorists didn’t carry phones or GPS systems, it’s impossible that they could have carried out the attack without local support.

The Tribune report from 2015 also said, “Around 10 enclaves based on ‘religious and communal lines’ have already come up or are being set up in the vicinity of the winter capital( Jammu city)….. people were being lured ‘on religious lines’, which may further widen the division between communities in the communally sensitive Jammu and Kashmir.”

Zafar Choudhary, a Jammu-based journalist, posted a rejoinder to Brigadier Gupta on Facebook.

“Brig Gupta argues there is a project of demographic change in Jammu with particular reference to Muslims …goes on to link the Muslims of Jammu to everything dangerous and describes their alleged increase as tickling time bomb… from his point of view, I also fit in this description …this has clear potential of pitting communities against Muslims and disturbing the social fabric of Jammu. Jammu is very dear to me sir!”

After independence, there has not been a single Hindu-Muslim clash in Jammu city, where Hindus in the old city would offer water to people taking part in Muharram processions. Before independence, Muslims formed a substantial part of the population in Jammu city.

Chief minister Mehbooba Mufti has been repeatedly bringing up the secular, liberal and accommodating spirit of Jammu, and ruing that it’s what was Kashmir was before terrorism grew. But immediately after the attack, posts on social media in Jammu mocked her statement, criticising her for this attack. The last attack in around Jammu was in November 2016 at an army camp in Nagrota, about 20 km from Jammu city. Seven army personnel died and three terrorists were killed in the attack.

“For generations, we have been living in Jammu and have never felt out of place here. We ourselves don’t know about people, even of our community, who are getting settled here. Such attacks put the entire community on the spot and fear creeps in that we may have to pay for no fault. Things are definitely hanging in the balance, which was not so even few years back,” said a resident of Bawe, about two km from the camp, on the condition of anonymity. One of the most revered shrines in Jammu, Bawe-wali-Mata, is in this area. The land around it is primarily owned by Gujjars, who had all along opposed separatism and terrorism.

Tarun Upadhyay is a Jammu-based journalist with two decades experience. He was previously a special correspondent with Hindustan Times.