The affirmation of Hinduism by politicians and public figures in the South is not soft Hindutva. It is a reaction to the political agenda of radicalising Hinduism. 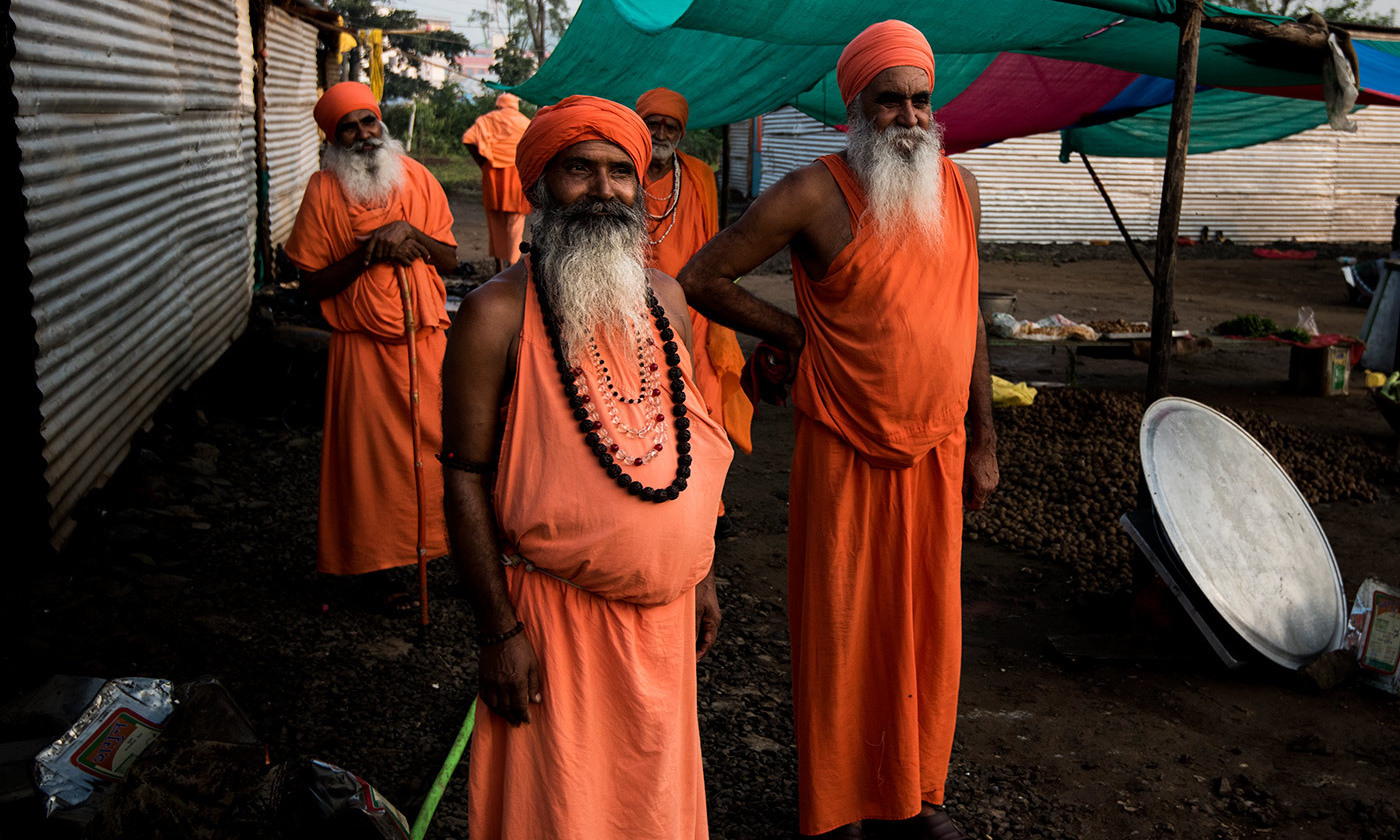 Hindus in the southern part of the country are more likely than Hindus elsewhere to treat people of other religions as morally equal or, for that matter, to want them as neighbours. Credit: Flickr

Across southern India, a strange politics is impelling political parties and politicians to publicly affirm Hinduism.

In Tamil Nadu, the leader of the Dravida Munnetra Kazhagam visited Hindu priests and temples, which his party once ridiculed and shunned. The Karnataka chief minister, belonging to the professedly secular Congress Party, routinely proclaims his religious identity as a worshipper of Ram and Hanuman. A Congress parliamentarian from Kerala wrote a book to declare his devotion to Hinduism. Even the Kerala communists, who are prone to see religion as an opiate, took out parades to celebrate the birth of Krishna and extolled temple rituals.

In part, the affirmation of Hinduism is a political ploy to staunch the appeal of Hindutva politics and the erosion of Hindu voters. After all, it is not just southern politicians who indulge in this politics; the West Bengal chief minister recently distributed copies of the Bhagavad Gita and the Congress president frequented Hindu temples before the Gujarat election.

But it would be a mistake to treat this trend in southern India merely as “soft Hindutva politics” directed at an electorate that has shifted rightward. Wittingly or unwittingly, such affirmations may also be stemming from something deeper. They could well be articulations of an underlying dissonance between the tolerant faith of the Hindus of southern India and the strident Hindutva that for now seems ascendant in parts of northern India.

Bhakts and deshbhakts, but… not your kind of bhakts

There are obvious differences in the Hindu traditions and rituals of southern and northern India. But what critically distinguishes the southern Hindus from their co-religionists elsewhere in the country is not their commitment to religious traditions or ritual piety. On these matters, the World Value Survey interviews show that there is remarkable unity among Hindus across the country.

For instance, as many Hindus in the southern states – Andhra Pradesh, Karnataka, Kerala, Tamil Nadu and Telangana – consider customs and traditions important as do Hindus in the rest of India (for convenience, labeled “North” in the graph). Hindus across the country, regardless of regional differences, are also equally pious in partaking in religious services.

Nor is the substance of the difference linguistic nationalism. Even as they speak Kannada, Kodava, Konkani, Malayalam, Tamil, Telugu or Tulu, the southerners are overwhelmingly very proud of their pan-Indian identity. 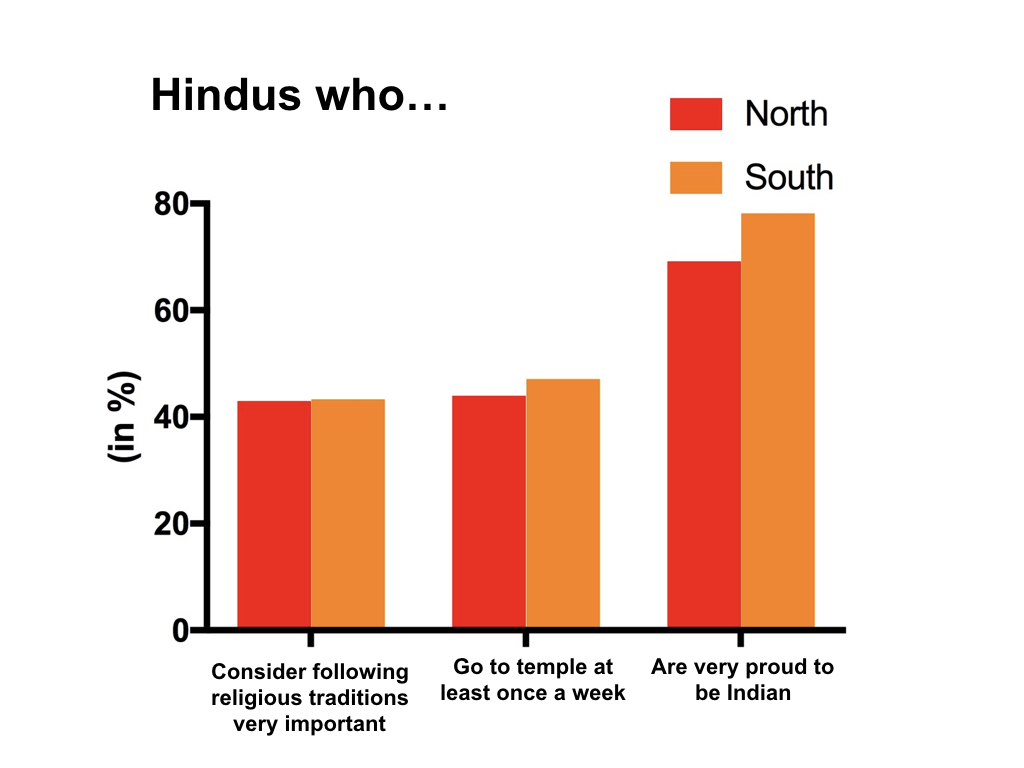 Source: India component of World Value Survey 2012. The analyses use data from respondents who self-identified themselves as Hindus.

But where the differences are really sharp are in the levels of religious mistrust and chauvinism. Most Hindus in the northern parts of the country consider Hinduism as the only acceptable religion and mistrusts adherents of all other faiths. In striking contrast, the majority of southern Hindus accepts other religions and trusts their followers. 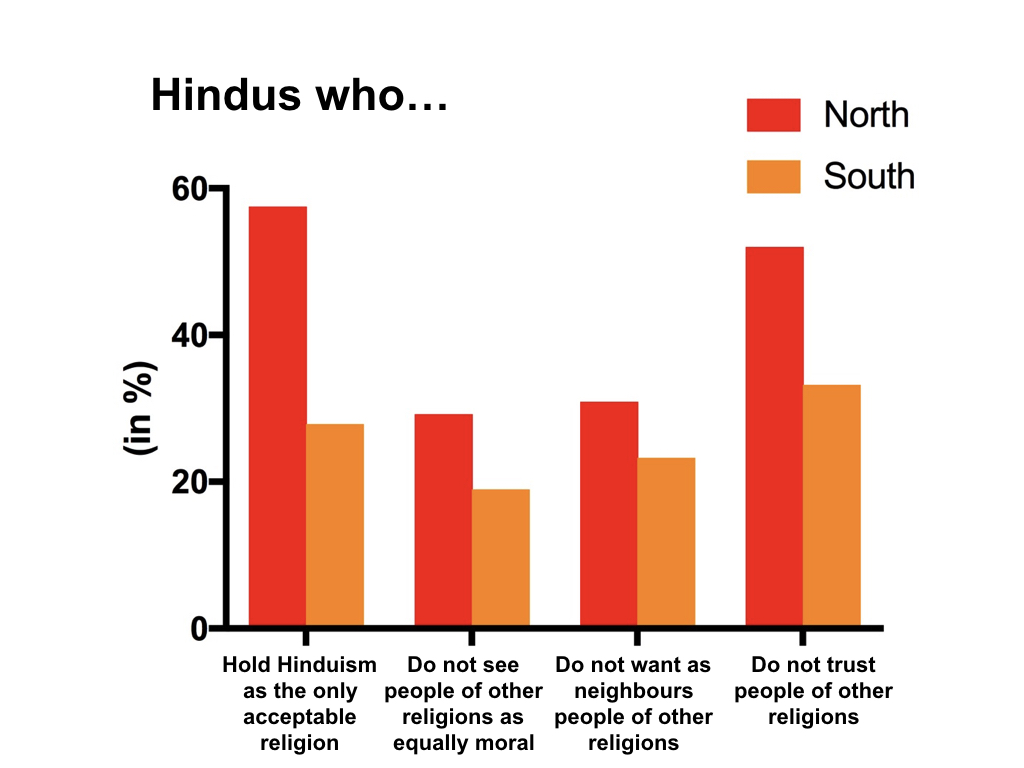 In effect, Hinduism – as it is widely seen, understood and practised in the southern states – is far more accepting, open and tolerant than the Hinduism in the northern parts of the country. So consistent and vast is this contrast that it cannot be easily dismissed as a product of sampling or computational error. What explains this contrast? 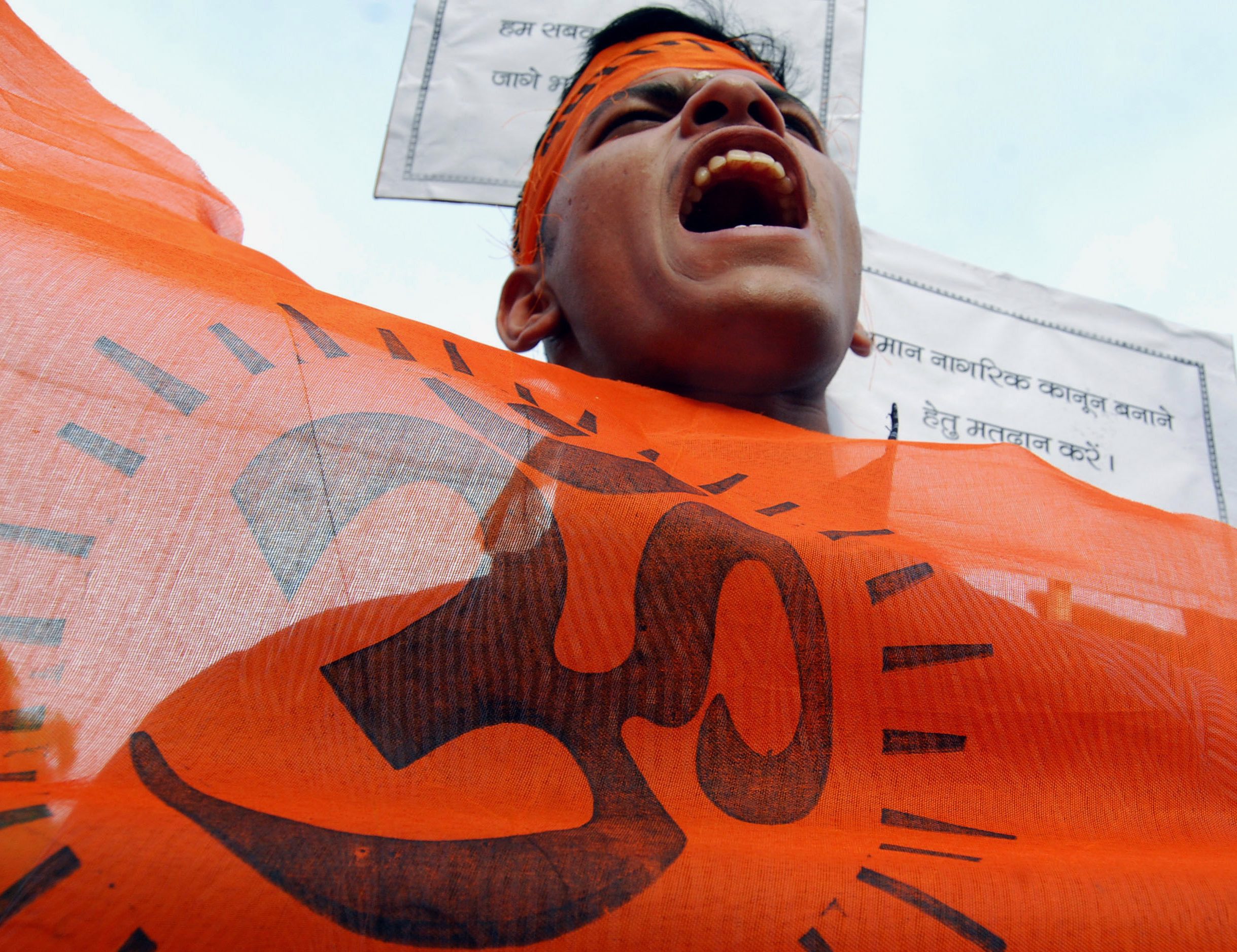 The South constitutes the final geographical frontier in this contest between Hinduism and Hindutva. Credit: Reuters

A history and culture of differences

Historical differences underlie some of the differences that exist between the South and the rest of the country. Islam, the other main religion in the country, initially came to the South not through warfare and conquest but via maritime trade. Later, the South was also largely spared from the fallout of the cataclysmic division of India in 1947. Few embittered Partition refugees, who had good reasons to be mistrustful of people of other religions, settled in the South. The South thus developed a religious outlook that is more trusting and accepting of other faiths and their adherents.

It is this broad-minded outlook that undergirds the recent public affirmations of Hinduism. Not just politicians, who may have electoral reasons, but other public figures too in the southern states are affirming Hinduism.

Acclaimed actor Prakash Raj asserted that those who condone violence, including Narendra Modi, could not be considered Hindus. Filmmaker Sanal Sasidharan equated intolerance with ignorance of Hinduism. They are not seen as anti-national or out-of-touch liberal elites because the broader idea they represent – of tolerant open-minded Hinduism – is the ordinary lived mass reality of the South. In contrast, Bollywood actor Aamir Khan had to do a volte-face after he talked about rising intolerance in the country.

In 2000, Kamal Haasan made a film about a cosmopolitan southerner caught up in the whirlwind of Partition politics, worked on and radicalised by political activists to murder Gandhi. As the film relates, a good deal of the present has to do with politics, not just history.

The bigotry, chauvinism and mistrust that the Hindus in the northern parts of the country reveal in the survey is as much a product of a political project of radicalisation as it is of history. Subtly, stealthily and gradually, political activists have been working on the Hindus in the North to redefine their religion in chauvinistic terms, to mistrust other faiths and their followers. And it is an ongoing project.

That political project is now tearing into the South. The demand to arrest Perumal Murugan, the murder of M.M. Kalburgi and the celebration of Gauri Lankesh’s assassination fit the politics of suppressing or eliminating voices that speak out against the radicalisation of Hinduism. When a Karnataka politician talks about wiping out a religion, he is not only appealing to a fringe in his state and the South: his political agenda is to wipe out Hinduism as practised in the South.

The South constitutes the final geographical frontier in this contest between Hinduism and Hindutva. If attempts to save Hinduism fail there, then the South and indeed all of India can collectively gasp: Hey Ram!

Anoop Sadanandan is a Manhattan ‘Madrasi’, a social scientist and author of Why Democracy Deepens. His twitter handle is @SadanandanAnoop.