Shiladitya Dev's communal post had been flagged to Facebook in July 2019, but was only taken down in August 2020 when TIME magazine ask the social media giant about it. 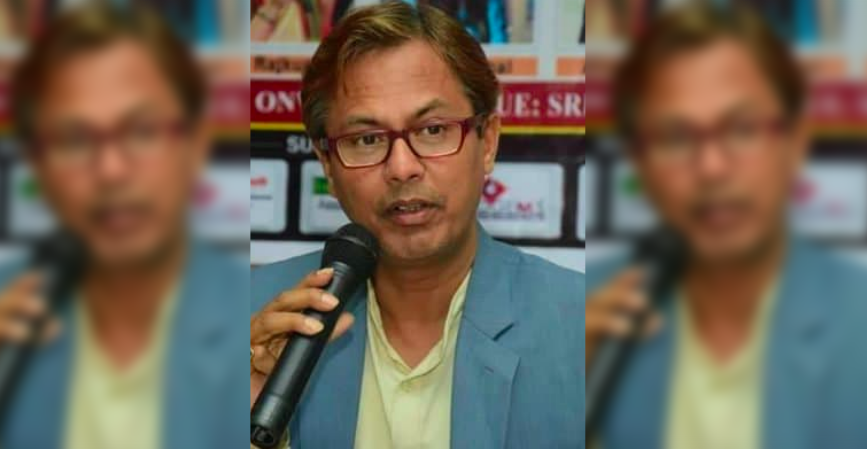 New Delhi: Close on the heels of a Wall Street Journal news report on Ankhi Das, Facebook’s policy lead in India, refusing to apply the company’s hate speech rules against BJP MLA T. Raja Singh, comes another report in the international media highlighting a similar episode with yet another MLA from the ruling party – Shiladitya Dev.

According to an August 27 report in TIME magazine, Alaphia Zoyab, a senior campaigner at the international watchdog group Avaaz, had a video discussion with Facebook India employees in July 2019 where she pointed out 180 posts by users across the country which had violated Facebook’s hate speech rules.

“But halfway through the hour-long meeting, Shivnath Thukral, the most senior Facebook official on the call, got up and walked out of the room, Zoyab says, saying he has other important things to do,” the TIME report stated.

Thukral, a former journalist with the NDTV, had joined Facebook in 2017 as the public policy director for India and South Asia, and reports to Ankhi Das. Author-journalist Paranjoy Guha Thakurta, who had co-written the book The Real Face of Facebook India, during his deposition this week before the Delhi assembly’s committee on peace and harmony on the recent controversy set off by the WSJ report, stated that Thukral along with Das had been meeting Narendra Modi when he was still the chief minister of Gujarat.

The TIME report noted that former employees had said that “Part of Thukral’s job was lobbying the Indian government, but he was also involved in discussions about how to act when posts by politicians were flagged as hate speech by moderators.”

The post of Shiladitya Dev, the BJP MLA from Assam’s Hojai constituency, that the Avaaz official pointed out to Thukral, was about a Muslim man arrested on the charge of raping and killing a teenage girl, creating a sensation in the state. Sharing the news report, Dev had said, “This is how Bangladeshi Muslims target our (native people) mothers and sisters.” According to Avaaz’s report on hate speech, ‘Megaphone for Hate’, published in October 2019, Dev’s Facebook post was shared 800 times.

Though the report had said that Facebook had removed the post since, TIME stated, “But rather than removing it, Facebook allowed the post to remain online for more than a year after the meeting, until TIME contacted Facebook to ask about it on August 21 (2020).”

A statement from Facebook to the magazine said, “We looked into this when Avaaz first flagged it to us, and our records show that we assessed it as hate speech violation.” It said, “We failed to remove upon initial review, which was a mistake on our part.” The statement also said, “Shivnath did not leave because the issues were not important”, adding that the company acted on 70 of the 180 posts that the Avaaz campaigner pointed out at the meeting. The TIME report, however, doesn’t clarify whether the 70 posts were by any BJP lawmakers.

Though Avaaz might have highlighted only one communal post by Dev, the BJP leader has been resorting to anti-Muslim and divisive speeches for quite some time now. This had led to multiple FIRs being filed against him across Assam, and an arrest warrant being issued by a local court for failing to appear before it in a case on hate speech against Muslims.

In October 2018, a number of police complaints, including an FIR by the All Assam Minority Students Union, was filed against Dev for asking the armed group ULFA-Independent to trigger bomb blasts during Eid in Muslim-dominated districts of the state.

In July 2019, a local court in the state’s Karimganj district issued an arrest warrant against him for failing to appear before it in a case. The case was based on an FIR in which the complainant had pointed out that Dev had accused “80% of Muslims” residing in Assam of being from Bangladesh, insinuating that they were ‘illegal immigrants’, a sensitive subject in the border state. Nearly 20 lakh people, including both Hindus and Muslims, have found themselves out of the updated National Register of Citizens, bringing their citizenship under the scanner.

In June 2020, yet another FIR was filed against Dev by a minority group for airing a comment against the Muslim community after reports of a set of Muslim men murdering a man from the indigenous Mising community made headlines.

Early this month, several FIRs were filed against the controversial BJP MLA for calling celebrated Assamese writer and Padma Bhushan recipient Syed Abdul Malik as “intellectual jihadi” in the wake of the recent ‘bhoomi pujan’ ceremony of the Ram Mandir in Ayodhya. The All Assam Students Union and Asom Sahitya Sabha, a pillar of Assamese culture and literature, condemned his communal comment against Malik.

According to news reports, state BJP president Ranjit Dass had warned Dev twice in November 2018 about his communally polarising statements. Dass had told reporters then that he would write to the party’s parliamentary board if Dev wouldn’t restrain himself from airing such communally sensitive comments.

In July, Dev announced his resignation from the party claiming that he was being sidelined, but hasn’t made the move formally yet.