The police filed a 'dubious' FIR against the victims themselves, alleging they were luring people into the church to convert them. The victims are hoping to apply for anticipatory bail. 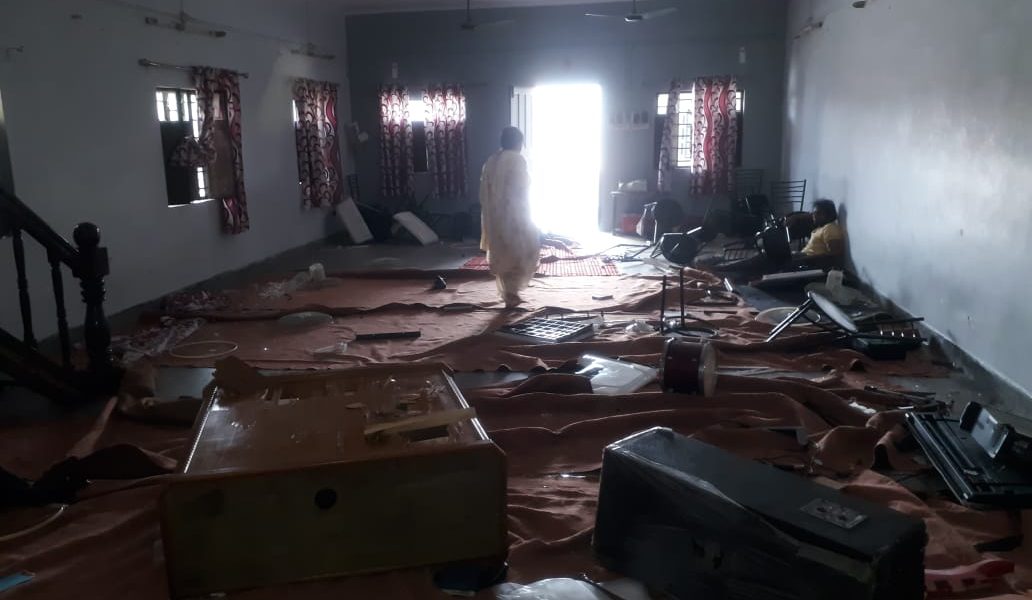 Dehradun: On Sunday morning, an eerie silence hung over the Roorkee church that was vandalised by a mob of over 200 people, including women, a week ago. The mob, allegedly of local right-wingers, damaged all the furniture and sound equipment, and attacked church volunteers gathered for Sunday prayers on October 3.

No arrests have been made in the case and the victims of the church attack are running from pillar to post looking for legal help, as they wish to seek anticipatory bail from the court.

“All of us have been named in an FIR in which a woman has made baseless charges of conversion. We are looking for a lawyer to help us in getting an anticipatory bail application in the court,” said Eva Lance, the younger daughter of Prio Sadhana Lance, the widow who runs the church.

The Lance family’s ordeal is far from over, as not many people are coming forward to help them in their legal fight.

The church is located in Solanipuram, an upscale colony in Roorkee. Most of the residential houses belong to local businessmen, and a majority of the residents are not too forthcoming about the whole incident.

The Lance family lives in an adjoining colony, where too the neighbours are keeping to themselves. Eva said, “After that terrifying attack, we all fear for our lives. Policemen are deployed at our house but there is a sense of extreme fear in all of us.”

Police are stationed outside the lane of the church too, keeping an eye on who comes and goes.

Prio told The Wire, “All of us are traumatised by the church attack. We had an inkling that our church may be a target but did not expect that over 200 people would vandalise it. The hooligans seriously injured six people and outraged the modesty of women in the church but no arrest has taken place even though a week has passed,” said Lance.

The FIR on the church attack – a copy of which The Wire has accessed – has been filed under Indian Penal Code Sections 295, 296, 395, 323, 504, 506 and 427, which deal with defiling a place of worship, disturbing a religious assembly, dacoity, voluntarily causing hurt, insults which disturb public peace, criminal intimidation and mischief causing damages greater than Rs 50. Four women – Rajni Goel, Rakhi Pradhan, Banita Chauhan, Seema Goel – and two men – Dhir Singh and Shiv Prasad Tyagi – have been named in the FIR. It is learnt that these individuals are residents of Roorkee.

What has left the Lance family cowering, though, is that the local police decided to register an FIR against them as well, alleging they were luring people into the church to convert them. The woman’s complaint is untraceable and the police are evasive about why they registered the second FIR.

Police sources admitted to The Wire that the woman’s complaint appears frivolous and will likely be closed. On being asked why no arrests have been made in the church attack case, director general of police, Uttarakhand, Ashok Kumar said, “Several police teams are on the manhunt of all the suspects named in the FIR. No one will be spared and all of them will be arrested.”

He added that the local police have been instructed to add more IPC sections in the FIR registered by Lance. Responding to this, Eva told The Wire that adding more sections in the FIR is reassuring, but unless the culprits are arrested it will not serve any purpose. “All we ask is for a fair police investigation. The culprits must be arrested and put behind bars as per the law of land,” said Eva.