Proclamations of Hate in India's Temples

Disallowing non-Hindus from performing in temples is a sign of failing to understand all that the temple space represents. 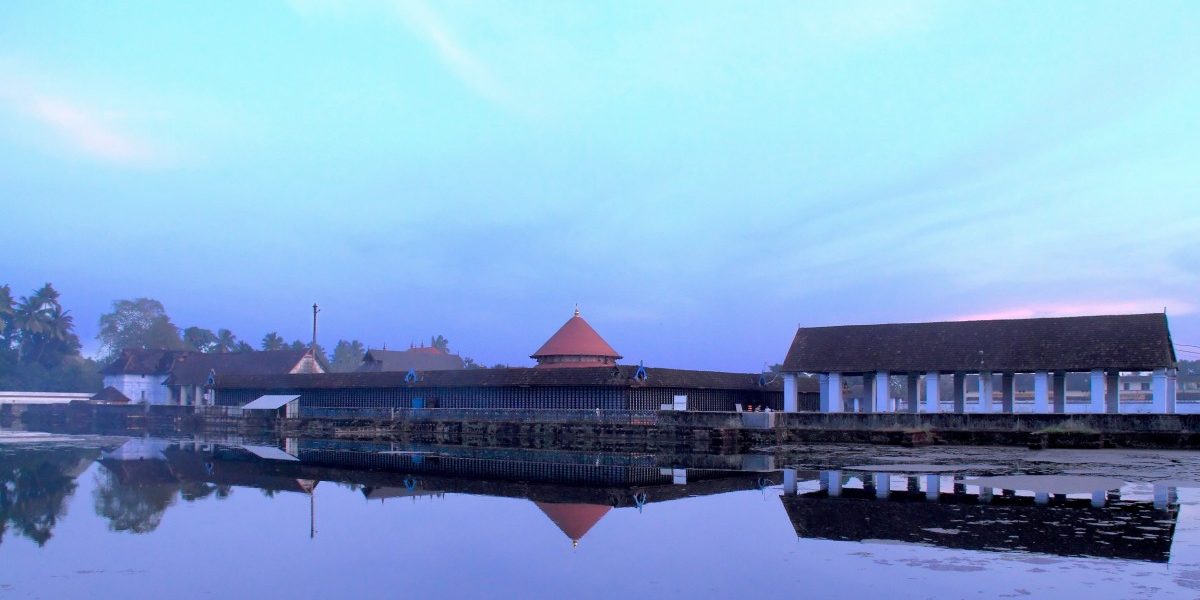 Ever since V.P. Manisya, a non-Hindu Bharatanatyam dancer, was refused permission to perform within the grounds of the Koodalmanikyam temple in Irinjalakuda, discussions on othering within religious spaces and questions about the secular within faith have resurfaced. Before I proceed with this discussion, it has to be acknowledged that discrimination within religious compounds is not new. Dalits had to demand and push their way into temples. Even today there exist temples, streets and cremation grounds that are out of bounds for the Dalit community. Churches too practice an unmentioned separation; some are exclusively for Dalits and others are for those with caste privilege.

In the early 20th century, Sadir/bharatanatyam dancers from the hereditary artistic community were forcibly pushed out of the temple, and aesthetically and professionally marginalised. That artistic vacuum was occupied by Brahmin Bharatanatyam dancers who reconstructed the form to suit puritanical tastes and went on to become representatives of a ‘divine’ tradition.

Islam too is not immune to this disease of exclusivity. Women and men are not equal in the manner in which many mosques and socio-religious norms operate. Neither is caste absent from Muslim communities. In any case, Religious parochialism is not just inside the temple, it spills over to the streets. Recently, non-Hindu shopkeepers and vendors in Karnataka were asked to vacate or refused permission to operate around temples or during festivities.

These caveats in place, the first question we ask is, who must have access to a temple, church or mosque? And the answer is simple: everyone, irrespective of religion, sex, sexual preference, caste, colour, race or ethnicity. Their reason for coming need not be faith. They may want to admire the beauty of the architecture, sculpture, deity or be curious about its history, mysticism or rituals. None of this should matter. Other than the basic tenets of social harmony, each religious place may have its own rules and regulations that will need to be followed as long as they are non-discriminative.

In India, as far as I know, the church and synagogue are completely accessible to people of any or no faith. Ideas of pollution must be given no space in a modern society, but unfortunately, they exist and are legitimised using phrases such as ‘essential religious practice’. In many temples and mosques, the sanctum sanctorum or inner praying area is beyond bounds for non-Hindus/Muslims. Other spaces are accessible to all. This exclusion is not necessarily true of mosques in many other countries. At the Blue Mosque in Istanbul, a devotee asked my wife and me to stay back inside for the evening prayers. We sat quietly immersed in the silence of the Koran.

In nearly all temples, musical and dance performances are conducted in the open grounds, within a covered mandapa or a constructed performance stage. They are not held within the Garbha Griha (sanctum sanctorum). I have performed at the Koodalmanikyam temple and vividly remember the stage and the grounds where people gathered.  So even those who perpetuate notions of purity and pollution can have absolutely nothing to complain about!

The other question that emerged during this debate was about the nature of art being presented. Is the performance a ritualistic offering to the deity or is it meant to entertain the audience? All cultural events during the festival are part of a community exercise, a socio-cultural event. The selection of artists is based on audience preferences and the popularity of art forms and artists. It is without doubt a public performance. Every musician and dancer is concerned about the assembled aficionados. This is not to say that a connection with the deity is absent. It is the presiding deity who has provided the environment, reason and emotional texture for the artistic expression. Hence, the selection of songs or stories are often intertwined with the deity and associated mythology.

As an artist, I know that the temple and the deity are inspirers and appear in our mind’s eye as we perform. But all this does not make our performance a ritual. Every artist hopes to enthral and exhilarate people, yearns for their applause and basks in the adulation after the performance. So, any artist who claims that she performs primarily for the God is lying.

Beyond all this, the performance is an economic activity. The artist is paid. I have sung at innumerable temples across Kerala, from the tiniest village to the largest city. I found that temples had larger budgets than music organisations. There was also the added benefit of having concerts at different temples on consecutive days. Remuneration for concerts at temples involve negotiations, and every artist works out the cost-benefit of performing in these spaces. Therefore, let us stop turning musicians and dancers into pujaris or ritualists. They are professional artists who share their art in many contexts, and the temple is one such space.

The temple is a religious location but it also straddles the secular. It is unfortunate that we have posited the religious and secular as contesting opposites. In a temple the two co-exist, overlap and converse with one another, enriching each other’s philosophical fibre. The secular is not faithless; it is the embracing of all, the multitudinous dimensions of believing, the agnostic and the atheistic. The open grounds, the mandapas, the walkways are where people with different inclinations mingle. It is a place where people meet, share in each other’s lives, engage in cultural and economic activities. It is from such interactions that syncretic traditions of faith, cuisine, clothing, language and customs evolved.

Temples also offer a space for deeper enquiries. In their construction and purpose, temples, mosques and churches nudge all of us towards quietude and wonderment. It could also be said that religious places are where human beings are vulnerable, searching for hope and anchor. Even if we do not believe in god, the sheer power of devotion is overwhelming. The temple allows us space to ponder over the human condition. It is imperative that people with all kinds of dispensations co-exist and collaborate inside religious quarters, observing and learning from one another. This can transform our perception of each other and then unjudged sharing becomes a true possibility.

Some of my most important learnings have been at Kerala temple concerts. I will never forget the first time I sang there as a young boy. A drunk man, wearing sullied and torn clothes sat before me smoking a bidi. I was aghast that he had the nerve to turn up for this ‘pristine’ music concert in such a state; he was, after all, uncouth and disrespectful. But within fifteen minutes, he put me in my place and showed me up for who I was: a judgemental castiest. Soon, he loudly demanded raga Thodi. As I rendered the raga, he swayed to its cadenzas and nodded at the cadences. At the end, he offered me a lime and ten rupees and simply walked away. Similarly, I remember an elderly Muslim politician who used to attend concerts at temples in and around Palghat. I remember so many of his musically incisive speeches but sadly have forgotten his name.

Beautiful musicians such as Sheik Chinna Moulana performed at so many temples across South India. Practicing Muslims who have embraced Karnatik music see no contradiction; they remain culturally fluid. They silently fight to overcome many social hurdles only because they love the music. But we never let them just be. We continue to question their place in ‘our’ culture.  The mrdangam that is present at every Bharatanatyam or Karnatik music is what it is because of Dalit Christian makers. We use their creations but in effect ban them from participation.

John Higgins, the American who sang Karnatik music like a dream, and many dancers from across the globe who have more bhakti for the art than many of us do should have a greater right to perform at temples. My own student Emmanuelle Martin lived in India and learnt Karnatik music for a decade with the utmost respect and dedication. Will the temple space be open to her? K.J. Yesudas is every Ayyappan devotee’s voice. Ayyappan flowed through numerous homes across Kerala and the rest of the South because of him, yet he remains an outsider.

On the one hand, artists practicing Bharatanatyam or Karnatik music claim that they want their art to reach many, yet they seek to restrict who can perform at temples. This hypocrisy is worse because so many of our performances in the West happen at monasteries and churches. We proudly describe the high ceilings, stone arches, reverberating acoustics and the psychological centring these places offer. Can we not offer non-Hindus a similar possibility in Hindu temples?  These religious duplicities and the closely associated casteism are unfortunately already normalised practices in art forms such as Bharatanatyam and Karnatik music. What we are witnessing is only an extension of how the Brahminical society that cradles these art forms behaves beyond the temple premises.

None of the arguments made by the narrow-minded against having people of different faiths present art in temples are valid. They are aggressive posturing devoid of devotion and aesthetic or historical understanding. Let’s call them what they are: proclamations of hate.