A recent police circular said missionaries were converting tribals in the interiors of Sukma district and so had to be stopped. 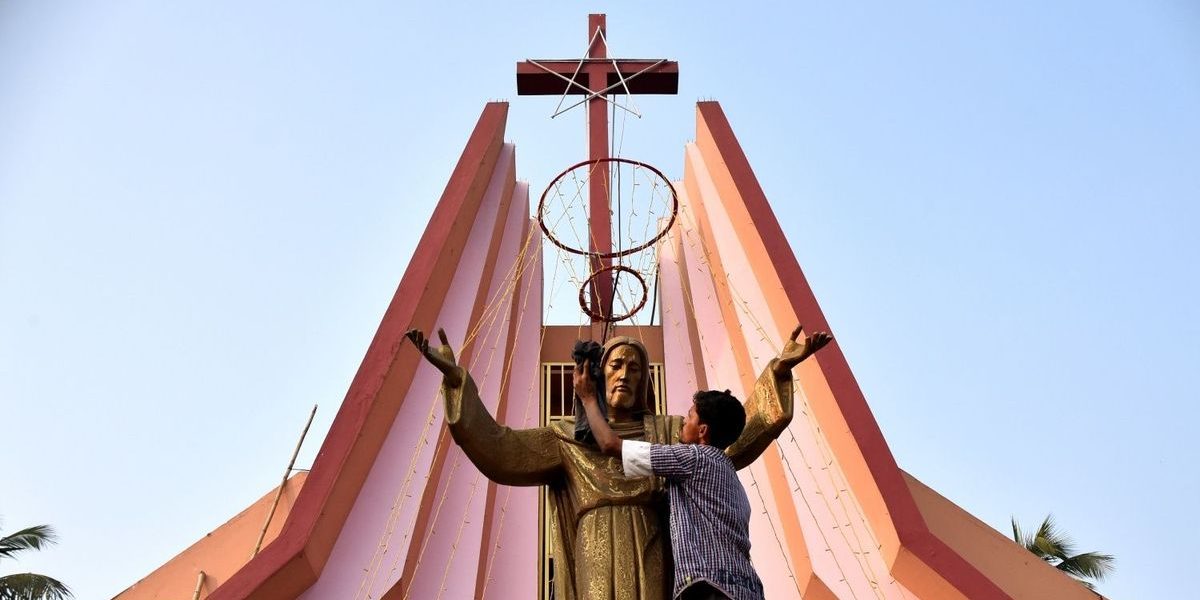 New Delhi: On July 12, in southern Chhattisgarh’s Sukma district, superintendent of police Sunil Sharma issued an official circular that alarmed Christians in the state, who have seen an increased attack on their community in the recent years.

This official circular, issued by the newly appointed SP of Sukma, called upon his subordinates and officers in charge of all police stations in the district to heighten surveillance over the activities of the Christian missionaries.  The circular drafted in Hindi says, “In the district, Christian missionaries as well as converted tribals are continuously traveling to the interiors and influencing local tribals by luring them with perks to make them accept Christianity.”

The circular also asks the officials to understand the sensitivity of the matter and says information systems should be made effective from the date of issuance of the circular.

This obsession with keeping a check on religious conversions in the state is not a new one.

After its formation on November 1, 2000, Chhattisgarh saw 15 years of Bharatiya Janata Party rule. In these 15 years, along with the BJP’s style of governance, the state also saw controversial laws being passed that created a tense religious atmosphere.  In 2006, for instance, Chhattisgarh’s assembly passed the controversial anti-conversion Bill – the Dharma Swatantraya Adhiniyam Act – introduced by the Raman Singh government. This law decreed that if a person returns to their ancestors’ religion or own original religion, it shall not be seen as a “conversion”.

After being carved out of Madhya Pradesh, Chhattisgarh had retained the anti-conversion law of Madhya Pradesh and adopted it under the title ‘Chhattisgarh Freedom of Religion Act, 1968’. It also retained the subsidiary rules for implementation of the Act. Later in the year 2006, the state legislature amended this Act to make it more stringent. When the state assembly passed the Bill in 2006, critics from opposition parties and several Christian bodies said such laws deliberately target a particular community.

According to 2001 census, the Scheduled Tribe (ST) population of Chhattisgarh makes 31.8% of the total population of the state. Adivasis who embrace Christianity and other Christians in the state have become a target for Hindutva groups. According to locals, the BJP and affiliates of the Vishwa Hindu Parishad have been organising ‘ghar waapsi’ campaigns to convert Adivasi Christians in the district to Hinduism.

Degree Prasad Chouhan, state president of the People’s Union for Civil Liberties, pointed out that the BJP’s history in the state is packed with attempts to ‘bring back’ Adivasis to Hinduism. “Back in time, Dilip Singh Judev, a BJP leader and MP from Bilaspur, used to influence many converts for ‘ghar waapsi’, to come back to Hinduism, even if someone changed their religion freely. What is happening is Chhattisgarh is a smaller manifestation of the Hindu rashtra idea prevalent in the rest of India,” he told The Wire. But what amazes Chouhan is the kind of negligence the Congress, in power now, has been exhibiting towards the affected. “Are elected governments to support the cause of one particular religion? But still the Congress is just committing funds to build temples and endorse Hindu practices.”

The Bhupesh Baghel government in Chhattisgarh has recently announced the construction of Shiv and Ram temples in the Naxal-hit Bastar and Sukma districts. From the cow protection law to the cow dung purchase scheme, and the commitment of Rs 15 crore for expanding the Kaushalya temple in Chandkhuri, analysts say it seems like the Congress is seen running out of ideas to compete with the BJP.

Arun Pannalal, president of the Chhattisgarh Christian Forum, told The Wire, “In southern Chhattisgarh’s Bastar area, some political parties are continuously creating problems. This has increased in the last one year. The Supreme Court has held that Adivasis are a religion-free society, yet one particular sect is trying to declare them as Hindus”.

Claiming that the government, state agencies and administration all are hand in glove in targeting the Christian community in tribal areas, Pannalal said an incident on November 25, 2020 an incident in southern Chhattisgarh brought to light the dangers that Christians in the state are dealing with. Pannalal said that a congregation of Christians in Chingavaram was attacked by a group of about 20 people, bearing weapons such as spears, swords, sticks and rods.

On the official circular floated by Sharma, Pannalal said, “It is the duty of the IPS to remain neutral and then address the problem. Here we are being targeted, his letter clearly says that conversion is happening. How is he passing such judgments? Police cannot be judgmental.”

He also argued that since 1950, no Christian in the state has been held guilty of religious conversion. Pannalal called the SP’s circular ‘a plain political tool’ and added, “In the circular, if you replace Christianity with Islam or Sikhism and conversion with terrorism or demand for Khalistan, the template is ready to go. Minorities are as it is law abiding because they understand the vulnerabilities they face, they know how things are operating. We are not organised, we have no money; we can’t fight these polarisation techniques.”

Annoyed at the level of negligence the state government is displaying, he asked, “Adivasi ne bible parh li toh konsa paap kia (Is it a crime for a tribal to read the bible)?”

The man at the centre of the controversy, SP Sukma Sunil Sharma, feels that his circular has been misinterpreted. Talking to The Wire, Sharma said, “This was only meant for officials, I don’t know how it got leaked. I notified officials as a preventive measure against the issue.

Also read: The Hypocrisy and Opportunism of the RSS’s ‘Outreach’ to Muslims

Sharma, who joined as the SP of Sukma on July 6 and sent this letter barely a week later on July 12, said, “This circular was based on my assessment of the ground situation, and as a measure to prevent issues from occurring this routine circular was released about the matter and other local matters as well.” Sharma also said that this circular isn’t concerned about religious conversions. “When the missionaries travel to interior areas, which are disturbed areas, our increasing of surveillance is aimed that their own safety. Any sort of violence or any illegal activities taking place in the area should be prevented.”

While Sharma claimed that the letter had nothing to do with conversions, minorities in the state have good reason to be worried. Rising religious intolerance in the country, owing to laws being passed by various state governments as well as targeted harassment carried out by mobs going unchecked, has put India in the US Commission on International Religious Freedom’s list of ‘Countries of Particular Concern’. In April 2021, USCIRF, an independent bi-partisan commission, had recommended for the second year in a row that the State Department put India on the list of worst violators of religious freedoms.