We Need to Stop Raising Children to Hate Muslims

Politicians have sensed our darkest instincts and the media, their greatest ally today in India, is fervently drawing them out. As a result, we are now creating a nation that is turning on its own children. 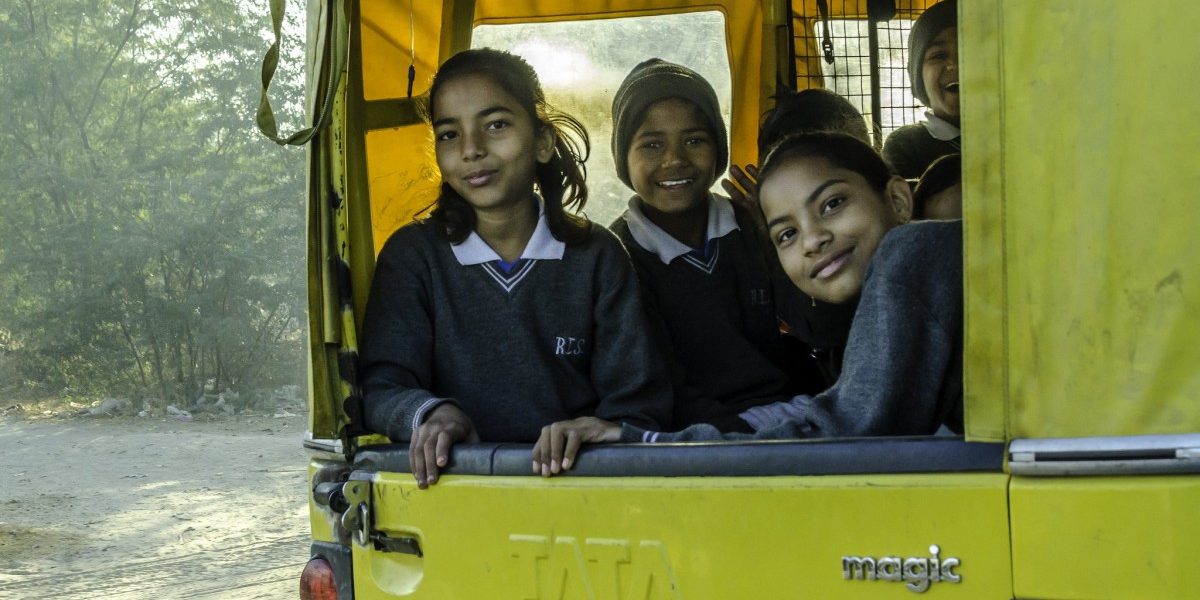 "Politicians have sensed our darkest instincts and the media, their greatest ally today in India, is fervently drawing them out. As a result, we are now creating a nation that is turning on its own children." Representative image Photo: Dave Gill/Flickr CC-BY-NC-ND 2.0

A Muslim friend of mine told me her seven-year-old was asked by his best friend which god he worships. “I don’t worship anyone but at home they worship Allah,” is what he said. “But Allah worshippers are in Pakistan. What are you doing here?”, his friend asked him incredulously. My friend told me her son calmly informed the other boy that Allah worshippers are all over the world and not just Pakistan.

“I don’t have the luxury to mourn what’s happening today. I have to accept that this is the new normal and I need to plan how I get my children to deal with this hate,” my friend tells me.

On Friday, I tweeted what I saw at the birthday party of a friend’s son because it seemed so unusual. We encounter hate on social media but so far, in my experience, it hadn’t permeated to my social register:

I was at a 5 year old’s birthday party. Usual stuff- tattoos, bouncy castle, cake, coke, pizza and 20 kids on a sugar high. Families I have known since ages. Kids that are growing up in front of me. Out of the blue, a little boy tells little Zoya Khan to go to her country. (1/n)

The mothers, were horrified. The one whose son said it apologised profusely to Zoya’s mother. Said they never speak like that at home etc etc. Zoya’s mom accepted it graciously. But I saw her eyes. And something died inside me today. There is no hope for our society. None. (3/3)

Shortly after my tweet, I was inundated with direct messages from people who said what I had seen and heard wasn’t all that unusual.

These were people whose children had faced similar experiences but who were either too hurt or too frightened to speak about it in public.

One person told me that his nephew had become withdrawn after a kid in class informed others to not be friends with him because he eats beef.

Another said how her little girl was told she would be locked in a room forever because she is an outsider, an obvious reference to the NRC.

A mother whose child plays with my son told me her younger daughter, who is in kindergarten, was similarly told in school that she is Pakistani. The school sent an email to all the parents advising them to monitor what their children watch and to be careful about the sort of conversations that are made in front of impressionable kids.

Also Read: Mothering a Muslim in Times of Hate: Nazia Erum on How Communal Bullying Has Taken Root in India’s Schools

When did hate become so mainstreamed and normalised? How are we raising our children? Why do we want them to eventually grow up to be unhappy adults? Don’t we know bitterness and hate doesn’t bring happiness?

We now live in an age where social networks are no longer just tools to connect you to people but have become platforms to create enemies. Our media, especially television, has played a starring role in bringing out this most basic human instinct to the forefront. The media no longer works hard to suppress hate in our society. Instead we are encouraged to celebrate it. Even on Gandhi Jayanti, a prominent news channel called a singer known more for bigotry than his work, who went on to rant about Pakistan.

Also Read: Growing Up with a Muslim Name, These Are Stories I Recognise

We are now made to believe that hate will make you safe and strong. And civility, compassion, tolerance will make you weak. When politics becomes a blood sport, people die. Politicians have sensed our darkest instincts and the media, their greatest ally today in India, is fervently drawing them out. As a result, we are now creating a nation that is turning on its own children. The victims are our children – either as recipients of hate or brutalised perpetrators robbed of innocence, compassion and empathy – qualities that make them human.

I am a mother. If my son ever came back from school with shoe prints on his school uniform because of his name or how he worships or what he eats or what caste or socio-economic strata he belongs to, it would break my heart. Of course, my son is on the privileged side of religion and caste in this country. The only fights he would get into would be the garden variety playground ones. But parents like me – and yes, I mean Hindu parents in particular – need to be aware of the fact that young children are picking up the ignorance, prejudice and hatred they see in society, on television – and, regrettably in many homes – and  are carrying this virus into our schools and classrooms. The kids are not at fault. But we cant absolve ourselves of the blame.