Pakistan and Our Fantasies of Violence

The persistent invoking of Pakistan to address India’s internal partisanship begs the question: why are we so coiled up over a failed state and project? 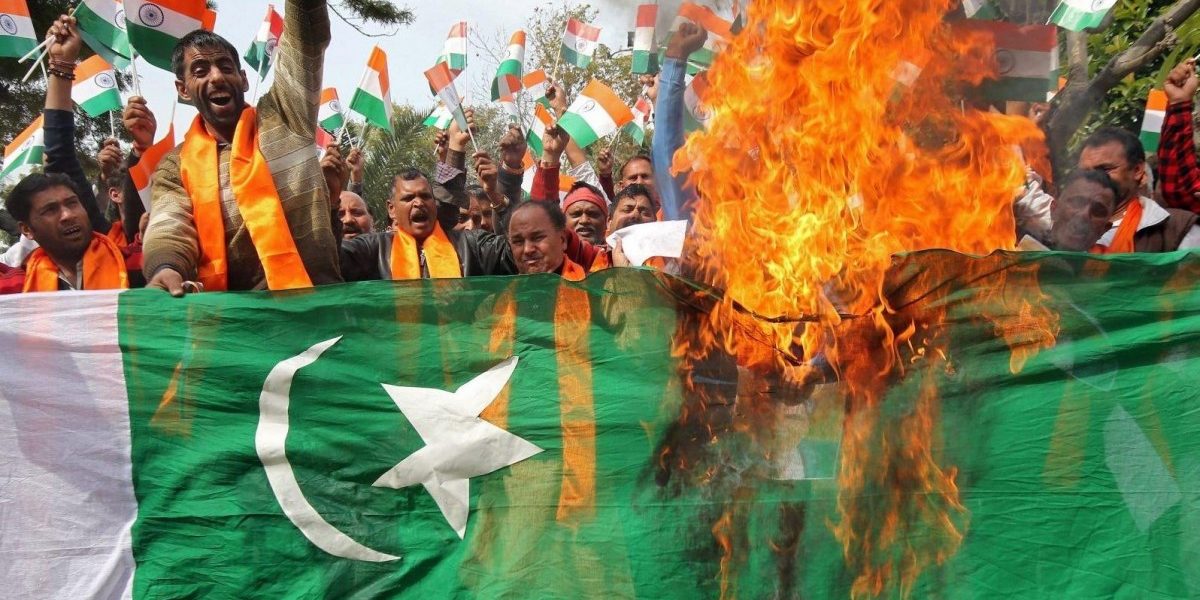 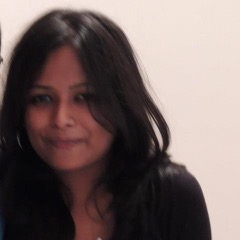 Is it hate or envy that we feel towards Pakistan? Calling Indian Muslims Pakistani loyalists is not new, but the equation right now is simply: if you’re anti-BJP, you’re pro-Pakistan.

When Aam Aadmi Party’s Arvind Kejriwal won the elections in New Delhi on February 11, someone followed by Prime Minister Narendra Modi tweeted: “Congratulations Delhi for becoming the next Pakistan and Venezuela.”

In addition, “Go to Pakistan” is a convenient way to silence anyone who questions Modi’s performance – be it failing sectors, open bigotry, colonial misadventures in Kashmir, or constitutional disintegration.

More significantly, the current riots sweeping India’s capital is an exercise in repayment. In new India, minorities must cower as in Pakistan, their strength must come down from 14% to 3% of the population, and Indian leaders must be as ruthless and religiously militant as their Pakistani counterparts.

The persistent invoking of Pakistan to address India’s internal partisanship begs the question: why are we so coiled up over a failed state and project? Ironically, those who accuse others of being pro-Pakistan, believe nationalism to be xenophobia, patriotism to be lynching, and find masculine pride in kangaroo courting. Take Uttar Pradesh chief minister Adityanath for instance.

Our current trajectory as a nation – with a supine Supreme Court, violated Constitution, and general renunciation of democratic values – has begun to resemble closely the biography of Pakistan.

To understand this emergence of Pakistan-as-constant-referent, like everything else we must go back to our colonial past.

The British told us that we had no history, no modernity, no nothing. This feeling of a “lack” (or the more theoretical, epistemic violence) has been enduring and vicious, and so deeply ingrained that we have not been able to imagine a past, much less a future, that diverts even a little from the blueprint set by an imperial West.

By the end of the 19th century, we had accepted all major milestones of Western civilisation. We invented a narrative of Indian culture that matched these milestones point by point; in that we were quite happy with Oriental scholarship, which created the myth of an Aryan civilisation (for its own purposes) and allowed us to boast of Ancients and Forefathers. We quickly Sanskritised our vernaculars, created ‘classical’ canons, and sanitised our cultures.

At the same time, we accepted the Orientalist’s story about the Vedic man’s degeneration and effeminacy and the masculine superiority of the British, Mongols, Turkish rulers of the subcontinent. Recuperation of this aspect of masculine dignity has since been an on-going project, and the current Hindutva hate-wagon exposes a deep-seated resentment towards the shackles liberalism placed on a toxic masculine revenge culture.

Also read: Why I Will Never ‘Go to Pakistan’

We must consider our discomfort and obsession with Pakistan within this context. Yet another gift from imperial Britain, Pakistan has proved to be an equally omnipresent and omnibearing ‘Other’. And like estranged twins born within minutes of each other, India seems interlocked with this brother Other in a continual dance unto death. We are not only haunted by Pakistan’s history, gestation, and existence but are constantly, like a nation of meerkats, on the lookout for its fans amongst us, fans outside our borders, its activities and ambitions, its inventions and transgressions.

And even though Pakistan is nowhere close to achieving world domination or local stardom, we are worried that it is scheming to launch the next Babur on us; that it is where all our equal rights/human rights/women’s rights/ anti-majoritarian/pro-poor/pro-farmers/anti-corporate/anti-corruption/pro-tribals/pro-Kashmir activists originate.

The ‘joys’ of illiberalism

Most of all, we are bent with soreness over Pakistan’s least enviable feature – its illiberalism. But it is not revulsion we feel, quite the opposite. In 1947, India chose to stand shoulder to shoulder with advanced liberal nation-states of the world. Europe still showed the way but this time, for the subcontinent’s historically marginalised, this was the way forward.

In return for tolerance, justice, and diversity, majoritarian (Hindu) India was promised prosperity and dignity. But while we were trysting with destiny, there went Pakistan, choosing to be a theocratic state, daring to be a closed society. Not a shiny secular liberal open society, no, but a slap-in-the-face masculine, militarised state.

For a while it seems Indians tried to ignore this, putting our faith in Jawaharlal Nehru’s socialism and five-year plans. But change did not come as expected. As the years rolled on, business was bleak and corruption rampant. To top it, democratic India threatened to break hierarchies of caste and class privileges via reservations, inter-marriages and welfare schemes. Lofty ideals without paybacks then.

And now, after 70 years, Indians have reached a point where the lack of tangible empowerment in the form of a weighty passport have made all on-monetisable values such as tolerance, fraternity, equality, redundant and detestable.

This is not surprising since the privileged castes and class identifies the poor and marginalised as a liability, holding back advancement. Engaged  in a daily class and caste war with the (mostly Hindu) mass of the Indian people who serve as domestic help, drivers, guards, electricians, plumbers, et cetera, this section believes that egalitarianism is an affliction. Welfare measures is a waste of money, especially since the beneficiaries include enemy-minority communities like the Muslims.

Muslims are specifically objectionable for they are not just Babur ke aulad, but are also perceived to be faring better than Hindus in fundamental ways. For example, Muslim men ‘marry as many times as they want, sire dozens, and are protected by laws, and are pandered to by parties’. ‘Muslims get away with a lot’.

These perceptions of the Indian Muslim is but a telescoped version of our larger fantasy of what life must be in Pakistan. Conservative India’s opinion may be summed up in one line: Pakistan is where minorities are tortured and values such as tolerance go to die. Terrible place? No. In fact, it is precisely this illiberalism that makes Pakistan attractive to older boomers, pracharaks, and desh bhakts.

Pakistan is where nation-loving men can live their masculinity, parade their strength through honour killings, beheadings, stonings, military coups and terrorist attacks. Whatever be its economic condition, Pakistan is at least not beholden to provide gender-equality, caste-equality, religious diversity, and so on. In fact, having either abrogated or voided its constitutions multiple times it is our new pin-up.

Parosi kya kar raha hai is our chief concern because paros mein one gets to lead an ‘authentic’ life without being held back by the feminising, emasculating values of a liberal nation-state. There, a Hindu would not dare marry a Muslim, and women do not question established norms. There, you give an eye for eye, and care not for Western bullying. No pressure to pursue lofty ideals, which force you to go high while others fly low into American buildings.

Pakistanis are not enjoined to play by worldly rules, exaggerated by the narrative of a tolerant, absorbing, and peace-loving sanatan dharma, which works to emasculate the Hindu man further. All in all, it would seem that in Pakistan the sharia and not secularism restored postcolonial masculine dignity.

The Times They Are a-Changin’

Whether this is the whole or partial picture of Pakistan is irrelevant. India stands at a crossroads today. Up until now, Europe as the Other had not so subtly dictated our choices in the matter of self-presentation. Celebratory postcolonial theory notwithstanding, since the 19th century we have tried to pose counterpart after counterpart for each minute and major development in the West. From an Indian Renaissance, to an Indian Shakespeare, an Indian Gregory Peck, or even the Indian Alps, we have traded in correspondents, and not counterpoints.

Today under Modi-Shah, our cultural and political compass is again shifting. We have a different set of priorities, aptly coined as “aspirational hatred” by Arjun Appadurai. These are “Muslim-hunting cabinet members, corrupt and sexually predatory saint-politicians and encounter-wise policemen,” and not jobs, economic advancement, and social responsibility.

All serious attempts to question this approach only leads to Roma: Do you know what they do to Hindus in Pakistan? It seems there is no looking beyond Pakistan, even while we are constantly on the lookout for a better life outside of India. The irony would be shameful if we were a humble people.

To be dictated in one’s prejudices and progress by one’s avowed enemy is perhaps the greatest defeat. If we could only recognise this we might become truly liberated. But we missed that boat the very moment we failed to reject validation from colonial masters. Our desire to be a nation, a people, a civilisation arises from a  fundamental need for European acceptance and validation.

Decolonisation requires non-acceptance of the rules of the game. It means questioning the very terms by which one is admitted into the hall of recognised nations and peoples, not some archeological digging for the modern in the medieval. It entails a series of so-whats.

So what if a people does not have a history, a literary canon,  or an urtext? So what if our religion is protean and unorganised? So what if we do not a have a national song? None of these markers can give or take away a people’s right to be. Our foundational failure is that we do not understand this.

The right to be and thrive is not debatable or negotiable between equals or unequals. If we had said as much to a colonising Europe, we would not have become ourselves an insecure people hungry for power and domination. We would not have treated Indians shabbily. We would have been self-respecting and respectable. We could have been free from pettiness and Pakistan.

Oeendrila Lahiri is a researcher and writer.