Not Just Kanhaiya, Even JNU Historians Went Soft on Congress for 1984 Violence

Bipan Chandra's India Since Independence made the same disappointing point Kanhaiya did, but faced much less criticism. 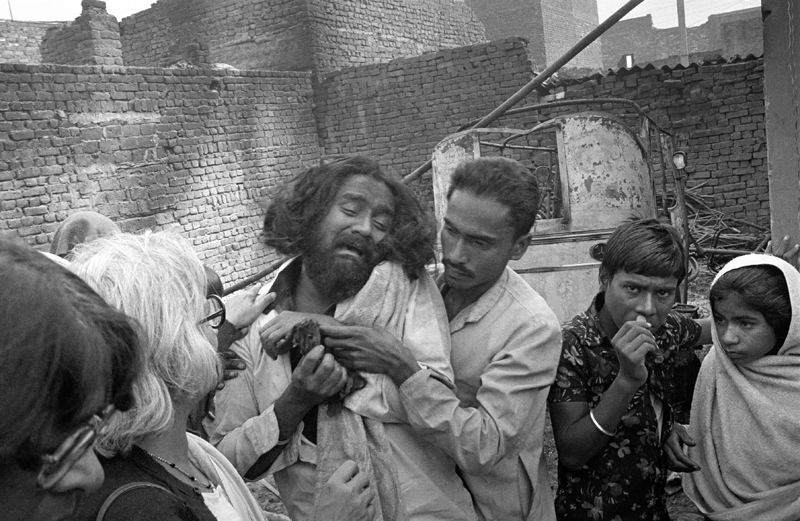 Having written books on both 1984 and 2002, I am surely among those disappointed over the distinction made by JNU students’ union president Kanhaiya Kumar between the two most egregious instances of mass killings in the Indian republic. For all the reactions generated by it (despite his claim to have been “misrepresented”), one disquieting aspect has been overlooked. If Kanhaiya suggested that the Gujarat carnage had been state sponsored while Delhi had only suffered mob violence, it might have to do with more than just his Communist Party of India background, his avowed bid to forge a broad anti-BJP alliance or the ignorance of a new generation of liberals. Kanhaiya might also have been influenced by a Penguin bestseller whose lead author was none other than eminent historian Bipan Chandra, in whose memory he was speaking when he made that gratuitous distinction at the March 28 meeting organised by JNU’s Centre for Historical Studies. Though he made no specific reference to India Since Independence,  Kanhaiya admitted his familiarity with Bipan Chandra’s body of work.  First published in 1999 and then “revised and updated” in 2008, the book downplayed the complicity of the Rajiv Gandhi government in the Delhi carnage while bringing out elaborately the Narendra Modi regime’s culpability for the Gujarat bloodbath. But even if he had not read this particular book, it’s ironic that Kanhaiya got flak for echoing, however unwittingly, what history professors from his own university, Mridula Mukherjee and Aditya Mukherjee, besides the late Bipan Chandra, had written without raising eyebrows.

Referring to the post-Godhra violence, the book said: “The state government, police and bureaucracy connived or remained silent spectators while thousands of Muslims were murdered or hounded and made homeless.” From a range of credible testimonies before judicial inquiries, the three historians could well have drawn a similar inference about 1984, replacing “state” with “central” and “Muslims” with “Sikhs” in that sentence. Yet, for the carnage in which 2,733 Sikhs were officially admitted to have been killed in the nation’s capital in a span of three days, nowhere did this book apportion any such blame to the Rajiv Gandhi government for the unparalleled scale of violence that had taken place on its watch.

Another example of the selective outrage displayed by the book is this observation: “Many observers have remarked that what distinguished the events of 2002 was that, unlike a typical riot situation in which two groups engage in usually spontaneous, violence, the assault was one-sided, premeditated, brutal, and supported or facilitated by the state.” Again, serious as they are, these very words could well have been used for the 1984 carnage, and with greater validity, as its death toll was higher and the violence even more one-sided. The book skirted these and other such factors which indicated that, whatever the differences in the motivation and trajectory of the violence, 1984 was no less state-sponsored than 2002. The evasion on 1984 allowed the book to use the term “genocide”, which implies mass murder by government, only in the context of 2002. In fact, the detailed section dealing with the violence engineered in the wake of the Godhra train burning is labeled: “Genocide in Gujarat”.

On the other hand, in its sketchy discussion on 1984, India Since Independence made out that the massacres of Sikhs were a measure of the impact that Indira Gandhi’s assassination had on her grieving supporters from the underclass. “The perpetrators were the poor, usually slum-dwellers, who looked upon Indira as their leader and sympathiser, and were disoriented by her violent death.” Were they so disoriented that those impoverished people could turn into rampaging mobs without any political instigation or administrative collusion?

“It has also been alleged,” the book conceded, “that Congress party workers and even some local-level leaders were involved in assisting and guiding the crowd, and that the police at the local level turned a blind eye to what was going on.” But it hastened to clarify that the top leadership was above reproach. “This allegation has sometimes been enlarged into a broader charge that the Congress, with directions from the top, organised the massacre, a charge that is obviously unfounded and has been impossible to prove.”

The charge was “obviously unfounded”? All the evidence of accountability at the highest level for errors of omission and commission, during and after the 1984 carnage, marshalled by some of the greatest legal experts and human rights champions of the time (former Chief Justice of India S.M. Sikri, Justice V.M. Tarkunde, Soli Sorabjee, etc.) were thus dismissed in two words. And by almost gloating that the charge was “impossible to prove”, the book made no secret of its disdain for the controversies over the farcical inquiry conducted by a sitting judge of the Supreme Court, Ranganath Misra, who went on to to become a Congress member of the Rajya Sabha just a year before the publication of the book. Besides holding all its proceedings in camera, the Misra Commission did not allow any of the lawyers representing the victims to be present when a few state actors gave their testimonies. It exonerated Rajiv Gandhi without even going through the motions of asking for his testimony.

This set such a corrosive precedent for 2002 that even after the inquiry had stretched to over 12 years, the Justice GT Nanavati Commission exonerated Narendra Modi, again without bothering him to give his defence to any of the serious allegations against him. Worse, if the Rajiv Gandhi government did not allow any discussion in parliament on the Misra report after it had been tabled, the Gujarat government has so far not even made public the Nanavati report which had been submitted in 2014. Because of its repudiation of state complicity in the massacres of Sikhs in Delhi, the book could hardly point to the obvious link between the impunity for 1984 and the repeat of genocidal killings in 2002. Nor could it acknowledge that while the BJP was ideologically communal, the Congress party was opportunistically communal in 1984. The appalling lack of rigour on the Delhi carnage in India Since Independence is much cause for introspection, especially when JNU has emerged as a symbol of the pluralist and inclusive vision of India, in the face of a renewed majoritarian onslaught.

Manoj Mitta co-authored When a Tree Shook Delhi: The 1984 Carnage and its Aftermath (2007) and authored The Fiction of Fact-Finding: Modi and Godhra (2014).