No FIR in 10 Days, Family of Ranchi Teenager Shot Dead in Protest to Move HC

Bhairon Singh, a Hindutva leader, has meanwhile filed a counter-complaint against the family of the 15-year-old boy who was shot dead during protests against BJP leaders' anti-Islam comments in Ranchi on June 10. 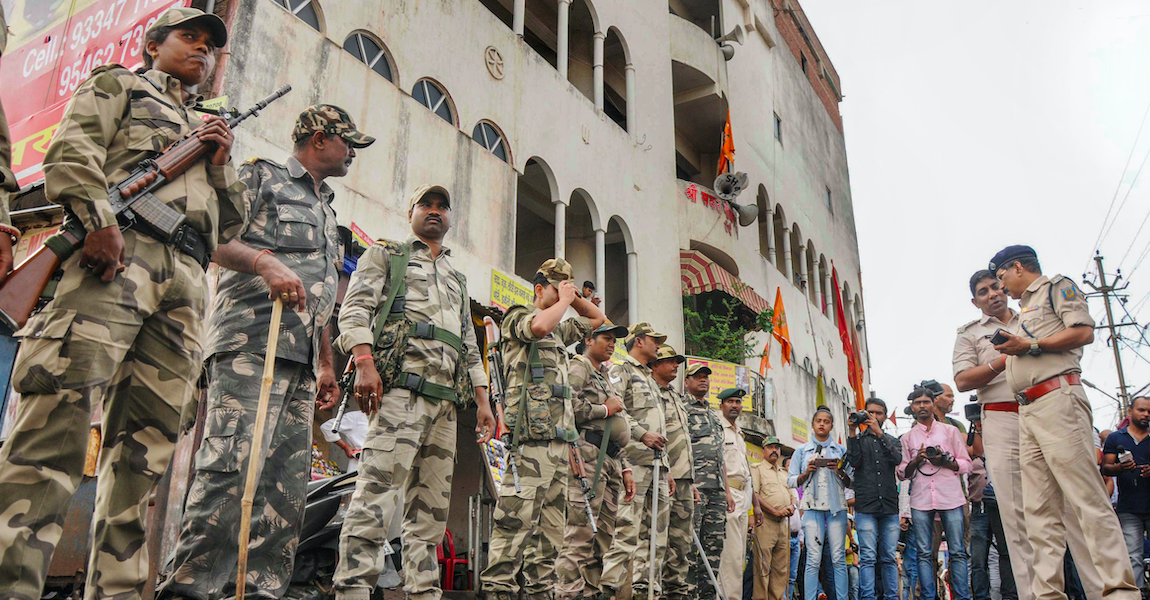 New Delhi: Ten days since a minor boy and a young man lost their lives during police crackdown on a protest in Jharkhand’s Ranchi against anti-Islam comments by Bharatiya Janata Party leaders, the family of the boy have alleged that police are yet to register an FIR on their complaint.

The family of the 15-year-old boy have alleged that police are shielding those who killed the boy by refusing to file an FIR against their complaint following his death.

The family also claimed that a counter complaint has been filed against them by one Bhairon Singh who had allegedly fired shots during the protests on June 10.

“The government is trying to safeguard its police, its administration and itself,” said the deceased teenager’s uncle Shahid Ayoobi.

Shahid said that the application the family had filed with police has “not moved.” The family will file a petition in the Ranchi high court today, June 20, he added.

“It is evident that the government is trying save its police and the administration from embarrassment. It also wants to safeguard the killers,” Shahid alleged.

The teenager was shot at on June 10, and taken to the city’s RIMS hospital where he succumbed to his injuries later that night.

The minor boy’s father is a fruit seller. Sahil worked in a mobile phone shop and his father works as an auto driver.

The Wire has reported before on details of the complaint filed by the teenager’s family and the fact that it names three people – “Bhairon Singh, Shashi Sharad Karan, Sonu Singh and others” – as having fired at from the roof of a temple.

The complaint said that after the firing the Muslim side also started throwing stones. 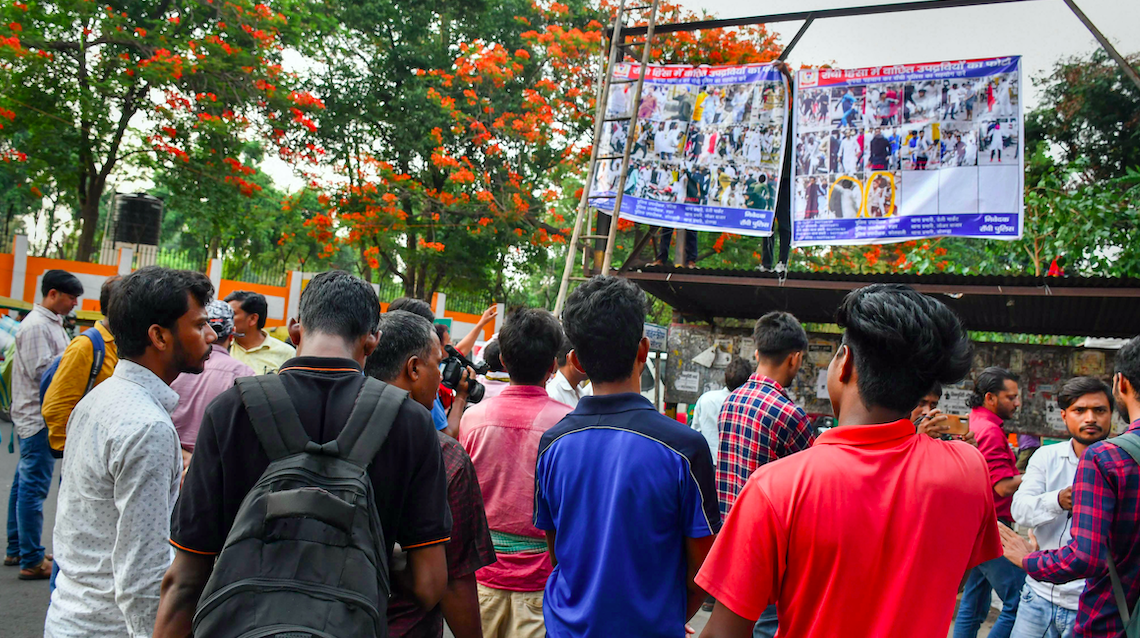 People look at the banners with photographs of alleged miscreants involved in violence during June 10 protests, in Ranchi, Tuesday, June 14, 2022. Photo: PTI

The complaint further said: “There was chaos, an atmosphere of stampede was created. In this situation, the policemen present there started firing indiscriminately targeting the Muslim side with AK-47s and pistol. In the stampede caused by continuous firing from the roof of the temple from one side and the policemen present in the road on the other, a bullet hit my son in the head and he fell on the road bleeding.”

The Wire reached out to the Daily Market Police station and this correspondent was told on Saturday, June 18, that police had issued an acknowledgement of receipt of the complaint. When asked about whether an FIR had been filed, the station in-charge did not offer a response.

Bhairon Singh, according to local reports in the aftermath of the violence, is a Hindutva worker famous in the area.

Singh had previously called for an economic boycott of Muslims. In 2021, he had attacked the convoy of Jharkhand Chief Minister Hemant Soren, after which he reportedly spent some time in jail.

Bhairon Singh has also filed a complaint against the deceased teenager’s family members, according to reports. Singh has alleged that a conspiracy is being “hatched by a community to tarnish his image” in the violent incident that took place after Friday prayers in Ranchi’s Main Road.

The Wire tried reaching Bhairon Singh, however, his phone was off. Sources said he has left Ranchi.

Shahid said the Jharkhand Muslim Yuva Manch has organised blood donation drives and helped the poor in the past. “However, it has been inactive for the past one year. We are aware that a complaint has been filed against us but we have not been able to access the FIR that has been filed,” he said.

Shahid said that the organisation is being named simply because he is connected to it. “I ran the Manch so the case is against us. My brother who is also named doesn’t even have a phone and he is being accused of maligning Bhairon’s image on social media. It is because we are from the same family and together seeking justice,” he said.

The Daily Market Police Station in-charge confirmed to The Wire that a complaint has been filed with them against the deceased teenager’s family members but did not clarify if an FIR has been registered in the matter. 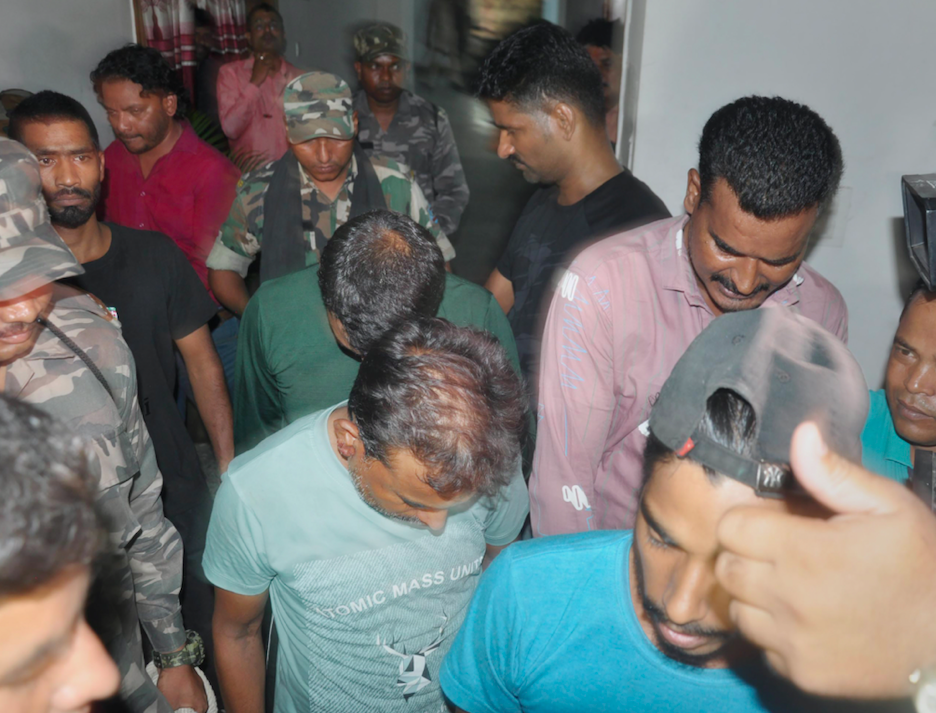 Accused who were allegedly involved in stone-pelting at the Hanuman Temple, in Ranchi, Tuesday, June 14, 2022. Photo: PTI

As arrests continue, activist Irfan Khan, state president of the Muslim League, alleged that social activists are being targeted, even those who did not have anything to do with what happened on June 10.

“Families are going outside the police station every day demanding to know why their relatives are being arrested. To us, this is clear: the objective is to go one step ahead of the Adityanath government and show how hardline they are. What is shameful is the fact that the person whose son has been killed has still not been able to get an FIR registered. After consistent pressure, the family given a receipt but until now an FIR copy has not been given to the family,” Khan said.