The Commission has highlighted posts on social media in which the teachers have asked for Muslims to be put into gas chambers. 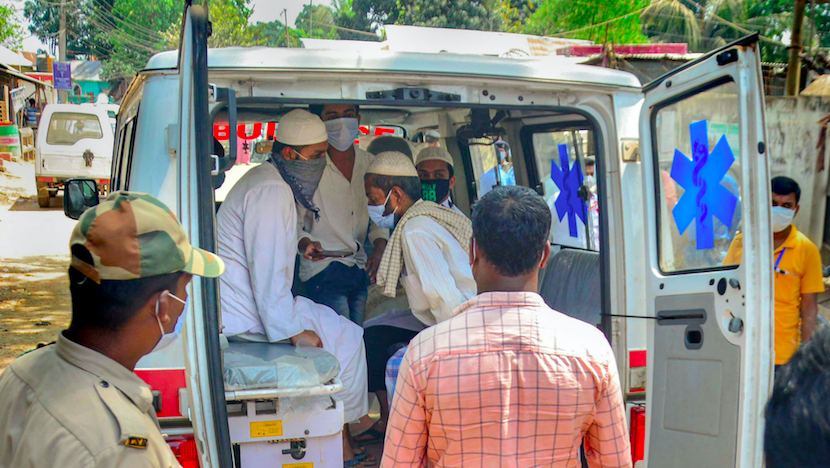 Those suspected to have attended the Nizamuddin event are taken for testing in Agartala. Photo: PTI

New Delhi: The Delhi Minorities Commission has taken strong offence to the use of hate speech against the Muslim community by a number of Delhi University teachers following the detection of coronavirus cases among a large number of people who had attended an event at Nizamuddin.

The chairman of the Commission, Zafar-ul Islam Khan, has issued a notice to the Vice-Chancellor of the Delhi University and urged him to constitute an inquiry committee to look at hate posts and take necessary action against teachers making them.

The panel expressed surprise that some teachers were “spewing venom against the Muslim community saying that they should be put in gas chambers and that doctors should not treat them, etc.” It added, “We find this very disturbing that such elements should be ‘teaching’ in a prestigious university like yours.”

Noting that it has quasi-judicial powers and functions as a civil court, the Commission has given the Vice-Chancellor a month’s time to file his reply and action taken report in the matter.

In its letter, the Commission also attached the links to some of the posts by the Delhi University teachers on Facebook, identifying six of them and their Facebook profiles. Another post, put up at 10.23 am on April 2 by a teacher, the Commission said, equated Muslims with pigs.

The Commission further cited that the comments below a certain shared video also showed the hatred the teachers harboured against the community.