The commission has given the chief secretary and DGP a period of four weeks to submit the report. 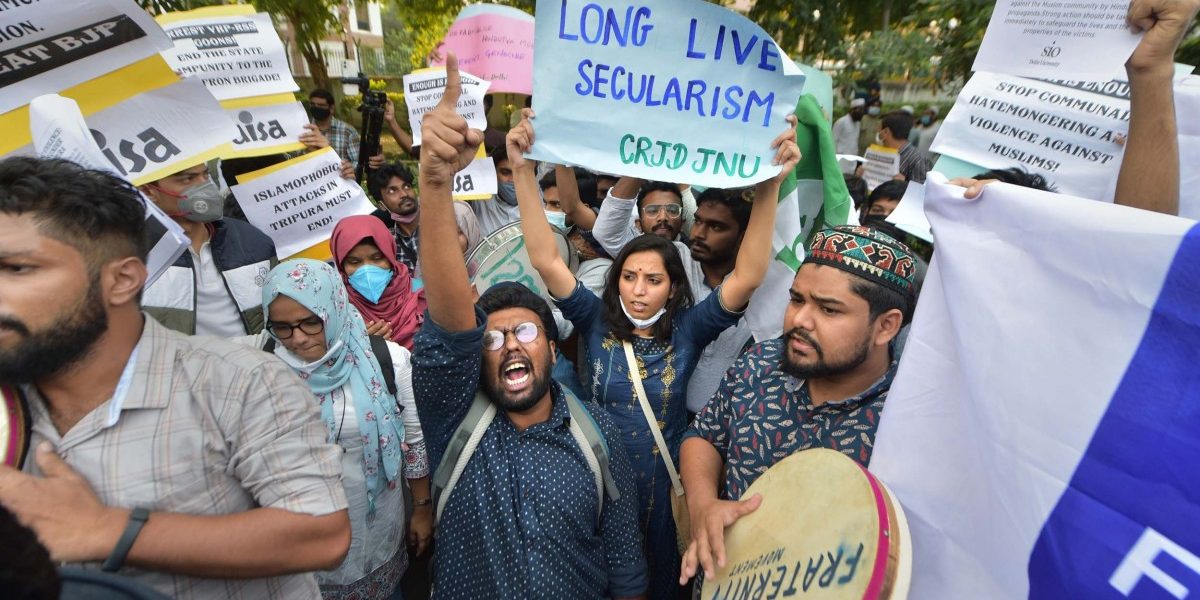 Agartala: The National Human Right Commission (NHRC) has sought a detailed action taken report from the Tripura chief secretary Kumar Alok and director general of police V.S. Yadav on the recent violence in Panisagar sub-division of the state.

The commission has given the two a period of four weeks to submit the report.

The order has been passed based on a complaint filed by Saket Gokhale, national spokesperson of the Trinamool Congress.

Gokhale’s complaint alleges that on October 26, the Vishwa Hindu Parishad (VHP) carried out a rally in an area under North Tripura district, during which an Islamic place of worship was vandalised and two shops were burnt down by the mob carrying out the rally.

“Reports of violence against persons from religious minority communities were also reported but ironically the State machinery acted like a bystander by siding with rioting mob. It is also stated that post such incidents, there is an atmosphere of immense fear amongst the members of that community in the area with regard to their life and safety. The complainant is seeking intervention of the Commission in the matter,” the notice reads.

Gokhale also highlighted the issue of rising incidents of political violence and violence against persons from religious minorities in Tripura. It has been alleged that workers of the ruling BJP had attacked leaders of the TMC while they were campaigning in the state. It was also alleged that during such incidents of political violence, a sitting MP and other TMC workers sustained injuries, and had their vehicle were vandalised and belongings stolen.

The NHRC has said:

“The Commission has considered the complaint and directs its Registry to transmit the copy of complaint to the Chief Secretary, Government of Tripura and the Director General of Police, Tripura to submit an action taken report within period of four weeks. The concerned authorities shall also intimate the Commission, if any, notice, order etc., has been received by him/them in the instant matter from the State Human Rights Commission? If yes, a copy of such order be also sent to the Commission within four weeks. Let a copy of the complaint be also transmitted to the Secretary of the concerned State Human Rights Commission, calling upon him to inform this Commission the date of cognizance, if any, taken at their end in the instant matter within four weeks.”

Earlier, on Wednesday morning, the Tripura police said that five criminal cases has been registered against 71 persons who posted provocative posts on social media. Strict action shall be taken against those persons who are trying to create hatred in the society, it continued.

Sharing information about a mosque in Kakraban of Udaipur sub-division in Tripura, Tripura police said, “Fake news is being circulated that a mosque in Kakraban area of Gomati district has been damaged and vandalised. This is a complete misrepresentation of facts. The mosque in Dargabazar area of Kakraban is completely fine and Gomati police is working to maintain peace and tranquility.”

While the police has been quick to call out fake news, it has been accused of being far less prompt when it comes to responding to the real violence. The police has not issued a statement to clarify why mosques were vandalised and some shops burnt down.

On October 29 the assistant inspector general of police, Tripura, Subrata Chakraborty, has said that soon after the incidents which took place, police registered cases under various police stations in the state and three persons from both communities had been arrested.