Only Hate Can Come from the Politics of the Graveyard

What is to become of us if communal, majoritarian language continues to be used and we do not oppose it? 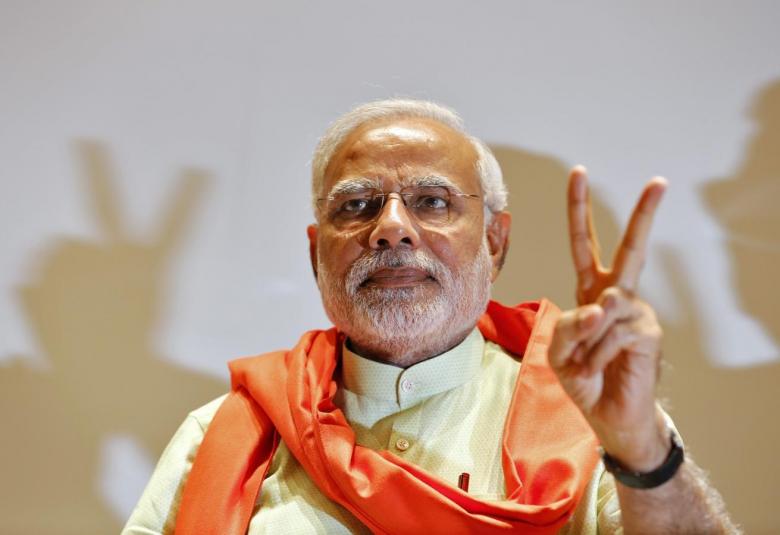 During a recent election rally in Uttar Pradesh, Prime Minister Narendra Modi spoke against discrimination – about graveyards and crematoriums, electricity for Muslims and for Hindus. To many, it seemed like a harmless remark. In reality, there was a communal message being sent across.

It is a common perception among many Hindus that they are victims of discrimination. For a very long time, we have been hearing people complain about how the supply of water is cut on Holi while there is no shortage during Ramzan; how there are power cuts on Diwali but not on Eid. This is nothing but a myth.

Another deep-seated myth surrounds welfare and compensation payments to Muslims. Hindus often complain about how Muslims are the only ones to benefit from government schemes.

The RSS constantly plays on these myths and poisons ordinary Hindus with the idea that they are being discriminated against. When the bile has already been built up, all it takes is a little provocation here or a harmless speech there to get people agitated.

Union power minister Piyush Goyal had alleged before the first phase of the UP elections that the state government had denied power supply to Hindus while routing it to Muslims. A senior state government official rubbished the remark saying that it was false.

Goyal made this irresponsible and incorrect statement casually, providing no concrete evidence to back it up. Modi did something similar in Bihar last year. He accused the [Nitish Kumar] government of taking away seats reserved for the ‘extremely backward classes’ and granting them to people of ‘a specific religion’.

In UP, he was not so coy about identifying the ‘specific religion’ and pointedly referred to Muslims. Clearly, the myth of discrimination and prejudice planted by the RSS 90 years ago is now being reinforced. It is nothing but communal propaganda, which is a culture intrinsic to the RSS.

How far this strategy will prove beneficial to the BJP is difficult to assess, because a lot depends on human psychology – which is itself a mystery. But it is important to realise that for the practitioners of communal politics, no issue is too small to be used. Just as it seemed as if the Ram mandir issue was over and done with, it has resurfaced – and with the same vigour.

The entire game of communal politics is structured around a few points that are constantly reiterated – the Ram mandir, Article 370, uniform civil code and so on. These points are exploited in a number of ways based on local issues.

A 150-year-old myth which is still doing the rounds is that of a growing Muslim population as opposed to that of Hindus. For a century and a half, Hindus have feared that Muslim men forcefully marry Hindu women, that they produce more children and that the Hindus will become a minority at some point in future. After the crushing defeat in Bihar, it was thought that the BJP will drop this agenda, but it hasn’t. They will continue to resort to such language until people get used to it.

There is nothing new about this kind of rhetoric. But no matter how many times it has been used in the past, its effectiveness is a product of several other factors.

Victory is important in elections, but influencing the way people think has far-reaching effects. The defeat of the BJP in Bihar does not guarantee that communalisation has not taken place.

Seeds of envy have been sown amongst Hindu men against Muslim men on the issue of four marriages. Myths have been created about a Muslim population boom. They have come to believe in rumours that being non-vegetarians, Muslims are violent in nature. After a recent  communal clash in Trilokpuri, Delhi I visited the area and witnessed people discussing how Muslims got their training from mosques.

A large section of the Hindu population believes that mosques hoard weapons and bombs. This idea has been a part of the Hindu subconsciousness for a long time. It is easy to manipulate these sentiments and build support for violence.

Will Uttar Pradesh succumb to such political rhetoric? And more importantly, what is to become of us if such language continues to be used and we do not oppose it?

It is significant that none of the newspapers raised an objection to Modi’s communal speech. Back in 2014, Modi’s provocative remarks were defended, saying that he needed that kind of rhetoric to come to power and now that he is in power, he speaks only of ‘sabka saath, sabka vikas‘.

And so, it continues. After Bihar, the strategy was employed in UP. If some people believe that it is merely a phase which will pass, I wish to warn them that is part of a communal project. It may pause for a while but will only get worse.

Unfortunately, there is hardly anybody to stand up to it. Almost all political parties in the country have given in to a ‘Hindu fear’. They are afraid to upset the majority community by speaking the truth.

The courage of Mahatma Gandhi and Jawaharlal Nehru is the need of the hour, where political leaders can boldly call a spade a spade.

There is violence against minorities by the majority Sunni community in Pakistan. In Burma, Buddhists have waged an insurgency against the Rohingya people. In Sri Lanka, the Tamils, a Hindu community, have been victims of atrocities carried out by Sinhalese chauvinists. Until a voice like Gandhi’s speaks up against majoritarianism, it will continue to pose a threat in the entire Indian subcontinent.

We need to talk about it every day. If communalism can be a repetitive subject, why can’t we have a daily dose of secularism? Why do we get tired of it? Why do we find it repetitive and look for new subjects every day?

Rahul Gandhi clearly understands that his fight is against communal forces. But the Congress, on the other hand, is trying to shed the image of being a ‘pro-Muslim’ – and thus, ‘anti-Hindu’ party. Due to this, it hesitates to comment on such issues.

The Congress needs to clearly emphasise secular values without compromising and be vocal about it.  But even when Rahul displays some courage, none of his party leaders back him up as strongly as they should.

After the Gujarat riots of 2002 in which Congress MP Ehsan Jafri was killed, none of his party colleagues visited his widow Zakia Jafri. Congress president Sonia Gandhi has not met her yet. The party believed that the Gujarati Hindu community would be upset if the slain leader was paid respects.

Similar calculations was made after Mohammed Akhlaq’s murder over beef in Dadri. Finally, Rahul did visit his family. He even visited the protesting students in Jawaharlal Nehru University. It is important to display courage and shed all hesitation, if the party wants people to have faith in it.

Social scientist Ashis Nandy, along with Achyut Yagnik, had interviewed Narendra Modi in the early 1990s. This was well before he had become chief minister. After the interview, Nandy told Yagnik, “For the first time, I have met a textbook case of a fascist.” This is not the opinion of a political leader but that of an expert – a psychoanalyst. Even after Modi has been elected prime minister and raised slogans of ‘sabka saath, sabka vikaas’, Nandy still stands by his opinion.

Modi’s personality is not natural but manufactured. It is a product of the Muslim-hate filled environment of the RSS.

Violence is another factor that shapes his personality. Remember the keynote address Modi delivered at the Ramnath Goenka Awards in which he used the metaphor of a Dalit hit and run by a BMW. The point of view is that of the BMW driver and not the Dalit. A similar analogy was drawn by Modi earlier in his puppy remark.

Such language is the sign of a violent tendency and this violence he owes to the RSS. This violence cannot be cast aside because it forms the very basis of his kind of politics.

This is an English translation by Naushin Rahman of an interview he gave to Brijesh Singh. The Hindi original may be read here and a video of the conversation can be viewed here.