As a descendant of the anti-communal king Pratapaditya Ray, I do not hesitate to condemn Modi’s visit to the temple established by him in Bangladesh. 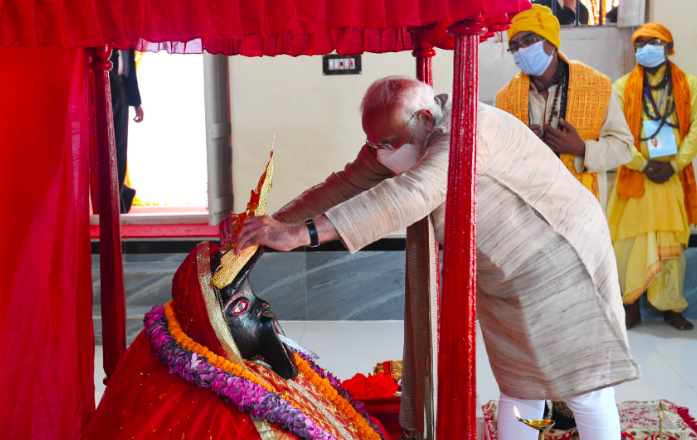 The most widely-reported highlights of Prime Minister Narendra Modi’s recent visit to Bangladesh were his temple visits, one to the temple of Jessoreshwari in Satkshira district and the other to the birthplace of the Matua gurus, Harichand and Guruchand, in Orakandi.

While the propriety of the head of government of a country constitutionally described as secular, on a state visit ostensibly to participate in the celebrations of the host country’s independence, making highly-publicised temple visits is definitely open to question, these visits bring to memory some vignettes of Bengal’s forgotten history. 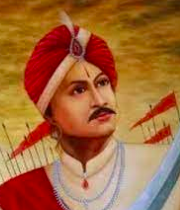 And this history is highly syncretic and is totally antithetical to the ideology and politics represented by Narendra Modi. Inasmuch, the visit of Modi to the Jessoreshwari temple is an insult to the memory of the 16th century Bengali king, Maharaja Pratapaditya Ray, who was the founder and chief patron of the temple.

Interestingly, Pratapaditya, a nearly forgotten character from Bengal’s history happens to be my ancestor, with his uncle, Basanta Ray, another well known character from Bengal’s history being my lineal ancestor 14 generations ago. And as a descendant of this freedom-loving and anti-communal king, I do not have a hesitation to condemn Modi’s visit to the temple of Jessoreshwari, whom my family considers as the family deity.

Pratapaditya, one of the “12 bhuinyas” or big rulers who ruled over Bengal in the 16th century, is a colourful character in the folklore and legends of Bengal, although there are various conflicting historical accounts of his rule. What is well known is his strong resistance to the Mughal rule in Bengal – during the reigns of Akbar and Jahangir – which he was able to successfully sustain for more than a decade.

Also read: A Stop in Bangladesh May Be Part of Narendra Modi’s Plan to Woo Voters in West Bengal

However, remarkably, this opposition to Mughal rule was not on the basis of religious animosity or hostility, but because of a burning desire for freedom, and resistance to the imperialist diktats of Delhi imposed over Bengal. A situation which sounds quite familiar now. 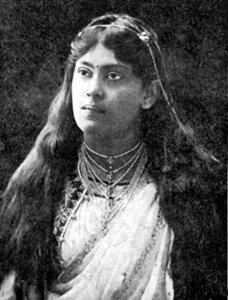 Sarala Devi, a leading activist of the freedom struggle in Bengal and the niece of Rabindranath Tagore, initiated the Pratapaditya and Udayaditya festivals, named after the king and his son, to raise patriotic fervour among Bengal’s youth. Pratapaditya’s rule, and often repressive measures on his family and subjects, was also critiqued, most notably in the famous novel Bouthakurani’s haat, by Tagore.

Whatever be the critique of Pratapaditya’s rule, there was unanimity about his brave resistance to the imperialist Mughals, and at the same time, the religious syncretism during his reign, as reported by many contemporary texts such as Baharistan-i-Ghaibi by Abdul Latif, travelogues of Jesuits such as Dominic de Sosa and Melchior de Fonseca and the medieval Mangalkavya Annadamangal by Bharatchandra Raigunakar.

Pratapaditya ruled over a vast area of south Bengal, comprising of today’s Nadia, and the North and South 24 Parganas – including today’s Kolkata, Howrah, Hooghly and Bardhaman in West Bengal and Jessore, Khulna, Kushtia and Barisal in Bangladesh.

He established a number of forts, towns, ports and other public works throughout this area, including in the Sunderbans, some of which still bear his name. He established the Jessoreshwari Kali temple and was so closely identified to the deity in popular imagination that his successes against the Mughal army was believed to be due to the goddess Kali herself appearing as his general in the battles.

Although some of today’s Hindutva votaries in Bengal have tried to claim him as a “Hindu” king fighting against “Muslim” rule, Pratapaditya – according to all reports – was a great champion of religious syncretism.

He considered his rule as a direct succession of independent Pathan rule in Bengal, with his father and uncle being ministers of the last Pathan Sultan Daud Khan Karrani, from whom they got the title “Ray”. His army was composed of Hindu, Muslim and Christian soldiers, with Muslim Afghans such as Mahiuddin, Nurullah, Khwaja Kamal and Dhulian Beg leading his mainly Muslim cavalry and archers, Portuguese Catholics such as Francisco Rudah leading his navy constituted of Portuguese sailors and dalits such as Madan Dhali leading his famed “dhali” infantry, mostly composed of the Dalit “bagdi” soldiers from Mallabhum, the western part of today’s West Bengal.

He even had a contingent of tribal Kuki soldiers, from today’s Tripura, under the command of a general named Ragu. These people, from various religions and covering all parts of greater Bengal, were equally celebrated in Bengal’s history and folklore as the Brahmin Sardar Sankar Bhattacharya and the Kayasthas Suryakanta Guha and Pratapsinha Datta who were his other ministers and generals. And in this spirit of syncretism, Pratapaditya is known to have built mosques for his Muslim soldiers at his capital in Jessore and also possibly the first Christian church in Bengal in circa 1600, for Jesuit priests in his kingdom and the Portuguese sailors who served in his navy. 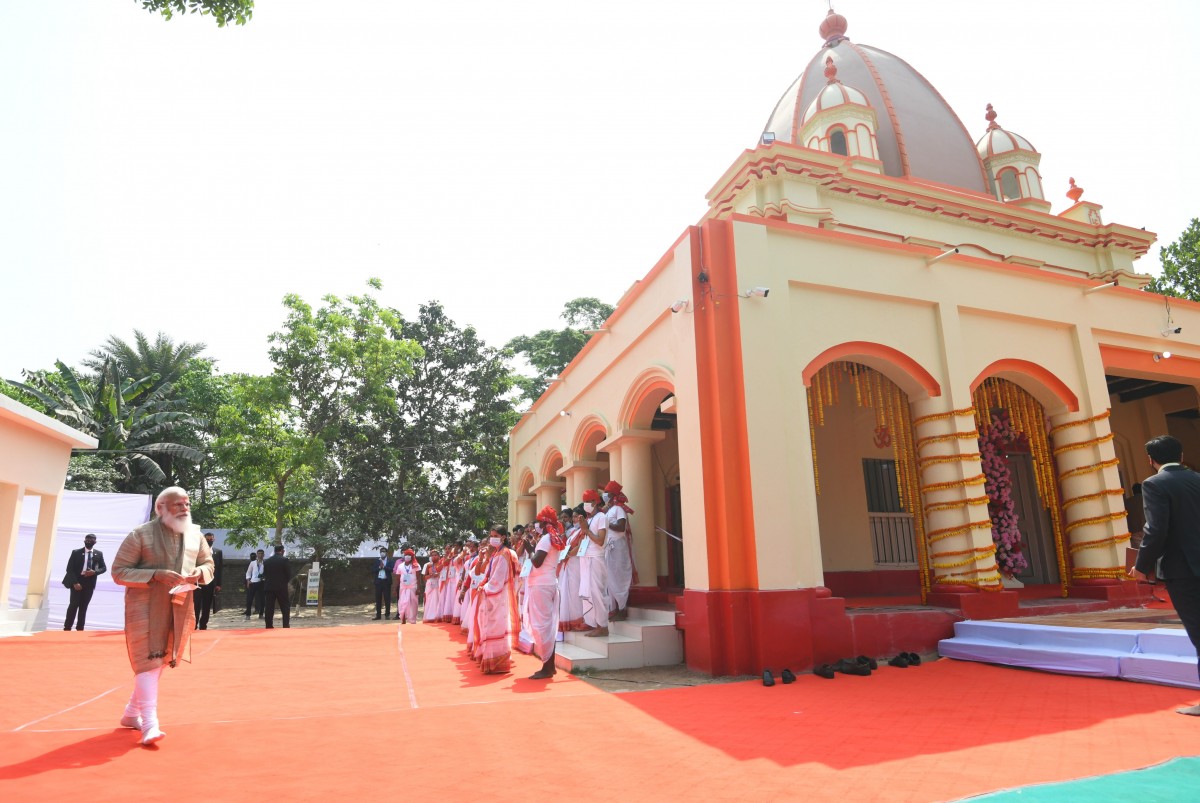 With this motley army, composed of all communities and religious persuasions residing in Bengal at that time, Pratapaditya faced the Mughal army, which was ironically led by a Hindu general, Man Singh of Amber and composed mostly of Rajput soldiers.

The latter did not desist from devastating Bengal’s towns and villages, although later writers from the British era seemed to hold only low-rung Muslim generals responsible for the same. In his campaign against the 12 Bhuinyas of Bengal, Man Singh is even known to have carried off another Kali idol, the family deity of Chand Ray-Kedar Ray, the rulers of Sripur, and installed it in his palace in Amber in Jaipur. He named it ‘Shila Devi’.

Following the same token of “historical revisionism” expounded by the Rashtriya Swayamsevak Sangh and Bharatiya Janata Party, I suppose it would be most fitting to send the Devi back to her original abode in Bangladesh, where the Indian government can propose to build another community center for her pilgrims!

In any case, Pratapaditya was finally defeated by Man Singh in battle, and was carried off in a cage mounted on an elephant to Delhi, but he died en route, in Varanasi, possibly due to his injuries or due to poisoning. 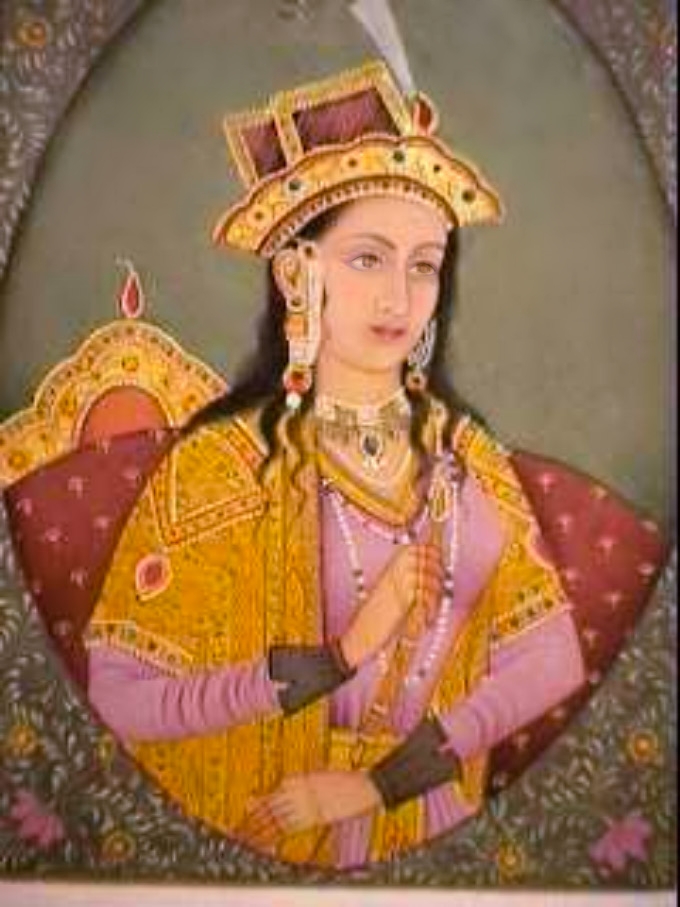 Another phase of the battle for Bengal’s independence from Delhi ended with his defeat and death. Interestingly, his main minister, Shankar Bhattacharya, who was taken to Delhi and imprisoned, was released after a few years by the emperor Jahangir and sent back to Bengal, reportedly because his mother Jodhabai had dreamt that the goddess Durga commanded her to release Bhattacharya so that he could go back to Bengal and initiate her worship.

Jahangir released him with a royal firman for the same, and this Durga Puja, initiated by Bhattacharya and one of the oldest in Bengal, is still continued by his descendants in Barasat near Kolkata, where the sankalp or resolution of the Puja is apparently still done in the name of Jodhabai, a Mughal queen.

Such is the syncretic history of Bengal and its resistance to outside rule, celebrated in its history and folklore.

No amount of false Hindutva propaganda, attempts at appropriating its historical icons and characters, and tendentious visits to temples with an eye to influencing Hindu voters in West Bengal can falsify this history.

Rather, with his visit to the Jessoreshwari temple, Modi has possibly inadvertently revived the memory of a bygone era and icon of Bengal’s history whose life and struggle was totally antithetical to the divisive agenda he and his party espouses. It is time for the people of Bengal to recognise this, and defeat this divisive propaganda and politics.