'My House Was the First to Be Set on Fire': Stories of Suffering From Shiv Vihar

In the riot-affected area, many have lost their earnings, belongings and homes but they still call themselves lucky because they didn't lose their lives. 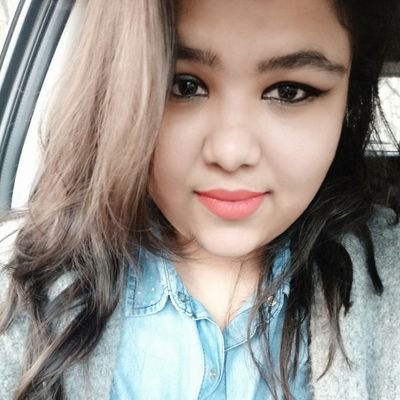 New Delhi: As soon as you enter the Shiv Vihar area of North East Delhi, you get a sense of uneasiness and fear. Shops and schools stand burned and vandalised. The locality is also peppered with few CRPF and police personnel enjoying the last bits of the winter sun. A masjid in the area has been converted to a makeshift camp and people who were earning an honest, modest living until a few weeks ago, stand in queues, trying to make sure their family gets the next meal.

Many have lost their life earnings, their belongings, their homes but they still call themselves lucky because they didn’t lose their lives.

Walking through the narrow lanes of Shiv Vihar, the Karwan-e-Mohabbat team met some survivors of the anti-Muslim riots that engulfed Northeast Delhi, starting on February 24.

Mohammed Mehtab’s home was the first one to be burned down when a mob chanting “Jai Shri Ram” attacked their area. According to him, the mob came fully prepared to attack Muslims and their homes. They came armed with rods, hockey sticks, chains, petrol bombs, revolvers and more.

Mehtab and his family left the area the night before the violence started, when he said mobs came on motorbikes and raised slogans, flashing weapons. He saw it as a warning of what was to come. Mehtab is glad he didn’t ignore it.

Watch: Inside a Relief Camp For Riot Survivors, ‘No Standard Guidelines’ For Compensation

He hasn’t returned to his house since the family fled for their life. “Mujhe to bohot darr lagta hai us area mei jaane mei abhi tak, pata nahin kya ho jaye (I am very scared to go to that area, I don’t know what may happen)”, he says.

A friend sent him pictures of his burnt home. “I started weeping looking at the pictures,” he says. His mother is so scared that she never wants to return to their house. The house was built by her husband, who died 14 years ago.

Mehtab’s home is in shambles, and there are exploded gas cylinders lying in it. “Humari deewarein, chhat sab chitak gaya hai… Ghar dobara banana padega (The walls and roof have collapsed… We will have to construct it again)”, Mehtab says.

Mehtab’s house has been completely destroyed. Photo: By arrangement

He was born in that house. His sister and a brother were about to get married in the same house later this month. When we asked what about the weddings, with a sheepish smile, he says he has no idea if they will happen now.

Uncertainty looms about their future. Cash, clothes, documents, belongings, things bought for the sister’s wedding; everything has been lost.

“Bas itna hai ki jaan bach gayi (We just escaped with our lives),” a sentiment that many others who were “lucky” enough share. They are thankful that they got out before the arson and the killings started.

When asked if he received any help when his house was being looted and burnt, Mehtab replies in the negative. Many others at the makeshift camp also echoed the same sentiment. Multiple calls were made to the police, the SHO, the DM and others who could have stopped the rioters. But sadly, no help arrived, they said. The mob came, burnt everything to the ground and left. Locals say the state did not even attempt to move them.

Mehtab says that this is the first time that the area has experienced communal tensions. “We have celebrated Holi, Diwali, Eid together for years. We have attended weddings in each other’s homes. This was something that we have never witnessed before. A Hindu friend of mine, Sandeep, video called me to show my house on fire. He was crying, saying that he feels so helpless,” says Mehtab.

But not all stories were of solidarity.

Mehtab was also shocked to see that some of his neighbours were part of the vandalising mob. He pulled his phone out and showed us pictures of a Hindu person, who according to him lived in the same lane, vandalising property.