The incident happened in the early hours of Sunday, when two brothers, both wearing skullcaps, were assaulted by a group of unidentified men shouting communal slurs. 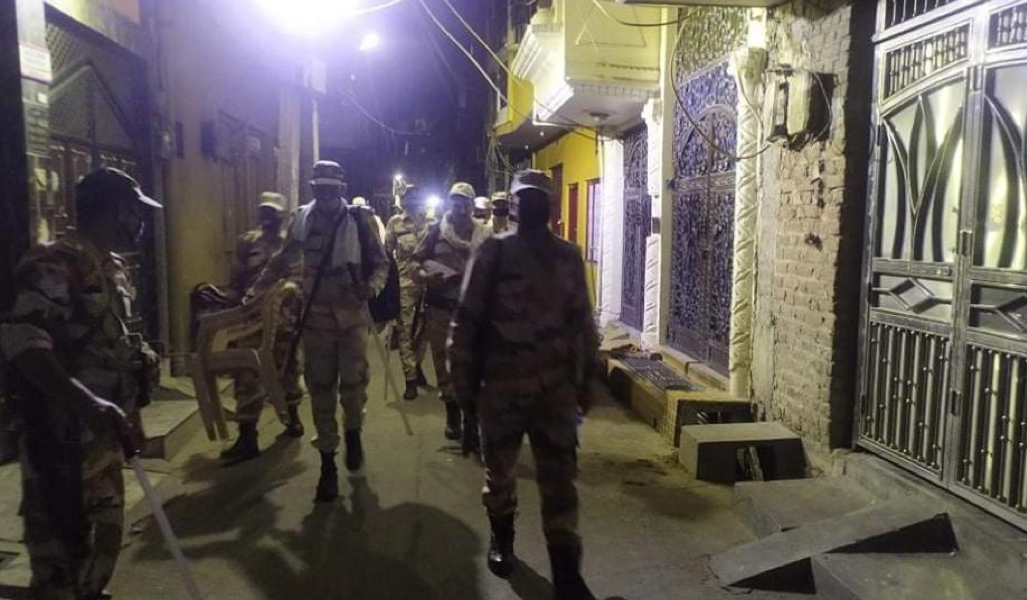 New Delhi: Early on Sunday morning, Mohammed Adil and Mohammed Kamil from Shahadra’s Vijay Park had gone to buy medicine for Adil’s one month child, who has been unwell for the past few days. While returning, the petrol in their scooter got over and they found themselves stranded in north-east Delhi’s Maujpur. Adil, the younger of the two brothers, started dragging the scooter home while Kamil was walking some distance behind.

“All the chemists here were closed, so we had to go to Jafrabad to get medicine,” Kamil told The Wire. “After buying the medicine, we were returning home when the scooty suddenly stopped because it had run out of petrol.”

When they reached the Maujpur-Babarpur Metro station, Kamil saw some people emerge from the “parking” area of a building.

“Suddenly, a group of men started attacking my brother. They were around 12-13 of them. This happened just under the Maujpur metro station. All of them seemed to be drunk. Our mistake was that we were both wearing skull-caps, due to Ramzan.”

The men started abusing Adil, he alleged. “They were calling him Mulla, Katua (slangs used for Muslims), and asked him to say Jai Shri Ram. When he refused, they started beating him up.”

The two brothers are daily wage earners whose work has stopped since the lockdown. While Kamil is a mechanic, Adil is an auto driver.

The Indo-Tibetan Border Police was deployed in the area to defuse any tension, as north -east Delhi is a communally charged locality which saw nearly 60 people killed in violence only three months before.

Since the February violence,  life has yet to come to normal for those who were affected.

Adil is currently admitted in GTB hospital in Delhi. “He was not able to even walk. His ears and head were bleeding. Some passerby saw us in that condition and dropped us to the hospital,” he said.

Their mother, Shehnaz, is a single parent and suffers from hypertension. Crying, she said, “I don’t know why this happened to my son. He is the most harmless person. He never wronged anybody. We want peace in this area. Even during Ramzan, such things are happening. It’s not right.”

Kamil added, “First, we want peace in the area, and secondly, we want the culprits to get punished so that next time anybody thinks ten times before committing such a heinous crime.”

A police official present in the area said, “The police force as well as ITBP has been deployed outside their residence. We want to assure them that there is nothing to worry about, and that they are safe. We will check the CCTV footage and identify the culprits.”

However, there is still a sense of fear among his family members.

Nasir, the victim’s younger brother broke down as he said, “We have been living in this locality for the past 20-25 years. I feel so scared suddenly. The area has not yet even recovered from Delhi riots, and now this has happened. My brother did nothing to be in the hospital at midnight. I don’t know what will happen to him. Were they animals?”

Ved Prakash Surya, DCP (Northeast), has denied a communal angle in this. He said nobody was forced to chant anything, and this is a fight between two groups. “Since the Delhi riots, our forces have already been deployed in the area to maintain calm and peace,” he told The Wire. Right now, we are verifying the facts of the case. This is a fight between two groups. We will take legal action in the case as soon as we know more.”

This is a developing story.