The family includes two men and two women who were travelling to Aligarh as one of them needed medical care at a hospital there. 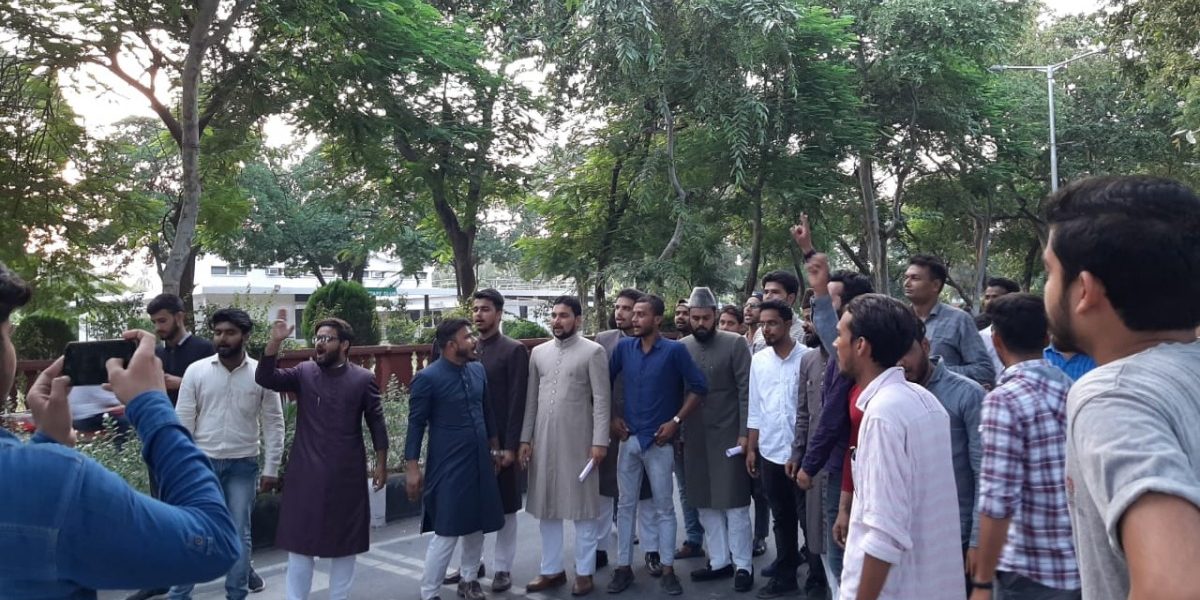 A protest against the attack at Aligarh Muslim University. Photo: Special arrangement

New Delhi: A Muslim family travelling from Kannauj was attacked after getting off a train at the Aligarh railway station on Sunday. According to the family, they were beaten up by a mob of around 15 men who didn’t specify why they were being violent.

“They were getting down from the train and suddenly a group of 15 attacked them. They were wearing saffron and screaming slogans. They were attacked because they were Muslim,” said Farhan Zuberi, an eyewitness.

The family includes two men and two women who were travelling to Aligarh as one of them needed medical care at a hospital there.

After they were assaulted, they were taken to the Jawaharlal Nehru Medical College at the Aligarh Muslim University where they were treated for their wounds. One of the men has a minor head injury while both have several bruises on their bodies.

The police have registered an FIR under Sections 147, 352 and 394 of the Indian Penal Code against unidentified people. “CCTV footage is being looked into to identify the culprits. Prima facie, it seems like a case of altercation, leading to an attack,” station house officer Yashpal Singh told The Hindu.

Students at AMU took out a protest march against the attack to “send a strong message to all those elements who are helbent (sic) on destroying the communal harmony at Aligarh”.