A Year After Thakurs Block Road to Village, Struggle Continues in Muslim Hamlet in Bundelkhand

Though five people have died since the blockade because they were unable to get medical help on time, authorities have done nothing, villagers allege.

Villagers next to the barbed wires blocking the path to Sulkhan ka Purwa. Credit: Neha Dixit 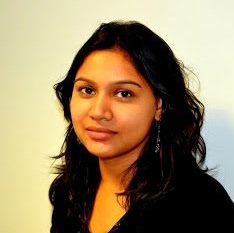 Villagers next to the barbed wires blocking the path to Sulkhan ka Purwa. Credit: Neha Dixit

A year ago, Pacchaiyan Singh, the Thakur landlord who owns close to 200 bighas (about 33 acres) of land surrounding the village, put up barbed wires in the middle of the 2-km mud pathway that connects Sulkhan ka Purwa with the metalled main road. The hamlet was set up by the two brothers, Sulkhan and Malkhan, 60 years ago when they moved to work as farm labourers in Singh’s fields. Sulkhan was the elder brother and so the village was named after him. The 300 inhabitants of the village, all Muslims, are mostly family members and acquaintances of the two brothers. All of them belong to the Mansoori caste, an OBC category among Muslims, and are landless. For years, the inhabitants have continued to work as farm labourers in the fields of Singh. The pathway has existed since 1960s. Singh is commonly known as ‘Dadu’. Dadu is a common term for feudal landlords in the region who exercise great influence and control. Since the pathway was through his land, no one can do a thing to remove it.

Bundelkhand, the hilly region divided between Uttar Pradesh and Madhya Pradesh, is notorious for bonded labour. The five districts from UP in this region are Banda, Jhansi, Lalitpur, Chitrakoot and Hamirpur. “We worked for free year after year for some small loan our elders apparently took from them at some point. We were never given any accounts. The only time in the year when we were paid was during harvest months. Two and a half kg of wheat per day,” says Shazeb, Mumtaz’s brother in law.

When Ali Jaan, Shazeb’s younger brother and Mumtaz’s husband, left for Mumbai three years ago to work as a painter, it was seen as the first sign of rebellion. Ali’s father Ghulam Jaan had taken a loan from 30 years ago – two sacks of wheat and Rs 10,000. To repay that, Ali, a ‘bandhak’ (a common term for bonded labor) had been taking care of Singh’s cattle for 15 years. “Each time I would ask for money, Dadu’s men would thrash me. How could I have taken care of my family with no money?” Ali says.

“It is not very easy to work in Bombay. But I absorb all the zehar that is thrown at me, shut my mouth and quietly continue to do my work. Because I don’t want my children to suffer the way I did,” says Ali.

Within a year of Ali’s migration, Ali’s son Shariq and 15 other children was enrolled in the government school in Nagwara. One day, on their way to school, Shariq and two other boys were thrashed by two men who worked for Dadu. “They said, ‘you want to become sahib?’” Mumtaz recalls. With most men working as migrant labourers in other cities, the village is only occupied by the old and women. On hearing the thrashing, the women got together, hurled stones and chased the two men away. The next day, the pathway was blocked and barbed wires were installed. “They are upset that we have stopped working as agricultural labourers in their fields. And when we do, we ask for wages. That is why they are punishing us,” says Shakeela, Sulkhan’s daughter-in-law.

In the past one year, since the pathway has been blocked, the village has seen five deaths. Shakeela’s 13-year-old daughter Shabnam was bitten by a scorpion but they couldn’t reach the hospital on time. “The other route in five km longer,” says her mother. Ghufran’s two-year-old son was sick with pneumonia. “He needed oxygen immediately but the ambulance couldn’t reach him,” he says. Badami, an 83-year-old widow of Malkhan, fell and broke her hip bone. “We carried her on the cot to take her to the main road but the other route was flooded with water. She died next morning,” says her son Mushtaq. Five-year-old Asma fell into a borewell and by the time the fire department rescue team could navigate their way in she was dead.

Ghufran carrying his cycle in his hand to cross the barbed wire. Credit: Neha Dixit

Last year, Nagwara became a fully electrified village in Banda. “But the electricity has reached only the houses of Brahmins and Thakurs in the area,” Ali says, pointing to the lone field of a Brahmin, a few hundred metres from the village. “An electric pole can be put on his field for a tubewell, but not one in our village which could help 300 people,” Shakeela says.

The village neither has an anganwadi nor has ever been visited by an Asha worker. “Even the MNREGA work never came our way because the pradhan only recruited Thakurs from the Nagwara village,” says Shazeb. Last year, when the village pradhans across the country were given funds to distribute Rs 12,000 to each household to construct toilets, Shakeela appealed to Gudia Thakur, Singh’s grand-niece-in-law, who is at present the pradhan of Nagwara village. Begum Arfa, her mother-in-law who is Sulkhan’s widow and now in her late 80s, could not go to the fields any longer to defecate. “We needed a toilet desperately but after months of waiting nothing came our way,” she says. Shakeela then took money from her father to construct one at her place. “But look at their brazenness. They came and clicked pictures of the toilet and told the collector that it was constructed under the Swacch Bharat Abhiyaan,” she says.

In the past 60 years, they have not been allowed to construct a mosque in the area. They use an Idgah as a place to come together and worship. “But that bothers them too. They have cut the trees in the Idgah compound, often go and defecate and urinate there. Thakur women go and make cowdung cakes there. When we remove them, they come and fight with us,” says Faiza.

The nearest police station is in Naraini block, 20 km away. “The police never responds to our complaints. To add to it, they go and inform the pradhan,” says Ghufran. In October this year, after a lot of convincing, Suresh Kumar, the district magistrate of Banda and Venkateswar Lu, the commissioner of Banda division paid a visit to the hamlet.

“It is not like the government is unaware of our situation.  They had come just after after Asma’s death.  They assured action but nothing happened since then. Instead the hostility for the village increased all the more,” Ghufran says.

On February 1, the carcass of a cow was found next to Sulkhan ka Purwa. The village was preparing to celebrate Mirza ki Urs, the birth anniversary of Mirza baba. Tension spread all over the area and three suspects from Sulkhan ka Purwa were taken into custody. “It is a veiled message for us to not raise a voice or we will be taught a lesson,” says Ali.

When The Wire tried to contact Gudia, she had gone out to cut grass from the fields. Kallu Thakur, her brother-in-law who operates as proxy pradhan, said, “All these Muslims are liars. They have started earning some money and that is why their tongues have become uncontrollable.” He refused to answer further questions. Singh remained unavailable for comments. Kumar, district collector of Banda, told The Wire, “We will look into the matter and try to resolve them soon.”

When asked which party the village is going to vote for in the upcoming UP assembly elections, Faizan Mohammed, a 70-year-old inhabitant, said, “We were told that the Akhilesh (Yadav) government is a pro-Muslim government. But see for yourself, do we figure anywhere?” Mumtaz adds, “Our men are away earning a living and so the police must listen to us. We will vote for whoever promises us protection from the dabangs (goons), who values our life and dignity. (We want) the protection and dignity that we did not get all these years.”