Bengal chief minister Mamata Banerjee too made a reference to this incident on Thursday. 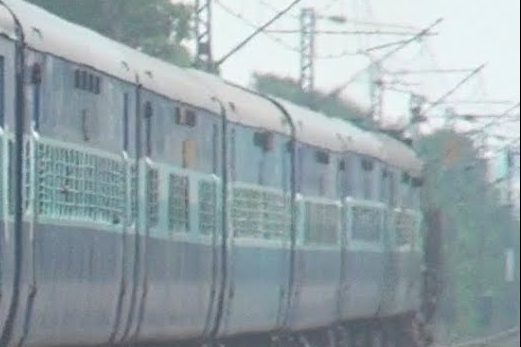 New Delhi: A BJP worker and five of his associates have reportedly been detained by Murshidabad police in West Bengal, after they were identified by locals while pelting stones at a train engine. A report run exclusively by Kolkata newspaper The Telegraph, said the six had dressed in lungis and skull caps, distinctive items of clothing worn by Muslims in the region.

Murshidabad, which historically has a strong Muslim population, has been a hotbed of protest in the wake of the passing of the Citizenship (Amendment) Act. Internet services remain suspended in the town and across the eponymous district.

While speculation has been rife on social media on how BJP workers have been posing as anti-CAA protesters with the intention of turning the protests violent, this is the first noted case where police have taken action against someone for purportedly seeking to blame a particular community.

Also read: Why I Will Not Register With the NRC

The Telegraph report, which The Wire has not been able to independently verify, noted Bengal chief minister Mamata Banerjee as having referred to the Wednesday arrest by saying that “BJP was buying skullcaps for its workers to wear while going on the rampage to try and deflect blame on a particular community.”

The Bengal BJP wing too has been eager to pin blame on Muslims for the protests in the state. State party president Dilip Ghosh said on Tuesday that protesters in Bengal were all “lungi terrorists“.

Curiously, on Wednesday BJP leaders in the state announced they were going up to Murshidabad “to assess the destruction of railway properties” by anti-CAA protestors.

A few days ago, Prime Minister Narendra Modi triggered a controversy with his communal jibe in Jharkhand – that anti-CAA protesters can be “identified by their clothes”.

What happened on Wednesday

According to the Telegraph report, residents of Radhamadhabtala village in Murshidabad turned over the six to police, alleging that they had thrown stones at a Sealdah-bound trial engine. The railways have been a prime hit in the protests, leading to the initial cancellation of several trains. Mamata Banerjee had alleged that the Centre was conspiring against Bengal in cancelling the trains even though the rail lines were allegedly not affected.

Among the six, 21-year-old Abhishek Sarkar was described by the newspaper as being a BJP worker. Initially, Sarkar and his associates claimed that they were shooting a video in costume. “The youths claimed they had worn lungis and skullcaps for the sake of a video they were shooting for their YouTube channel. But they could not prove the existence of any such channel,” district police chief Mukesh was quoted as having said.

Local BJP sources reportedly confirmed to the newspaper that Sarkar was a party worker. However, BJP district president Gouri Sankar Ghosh was quoted as having said, “He is not a member of our party. We don’t know anything about the incident in Radhamadhabtala.”