The organisers of the two sold-out shows to be held this week, LVC Comedy Club, said that the shows were cancelled after "over 500 people threatened to set themselves on fire". 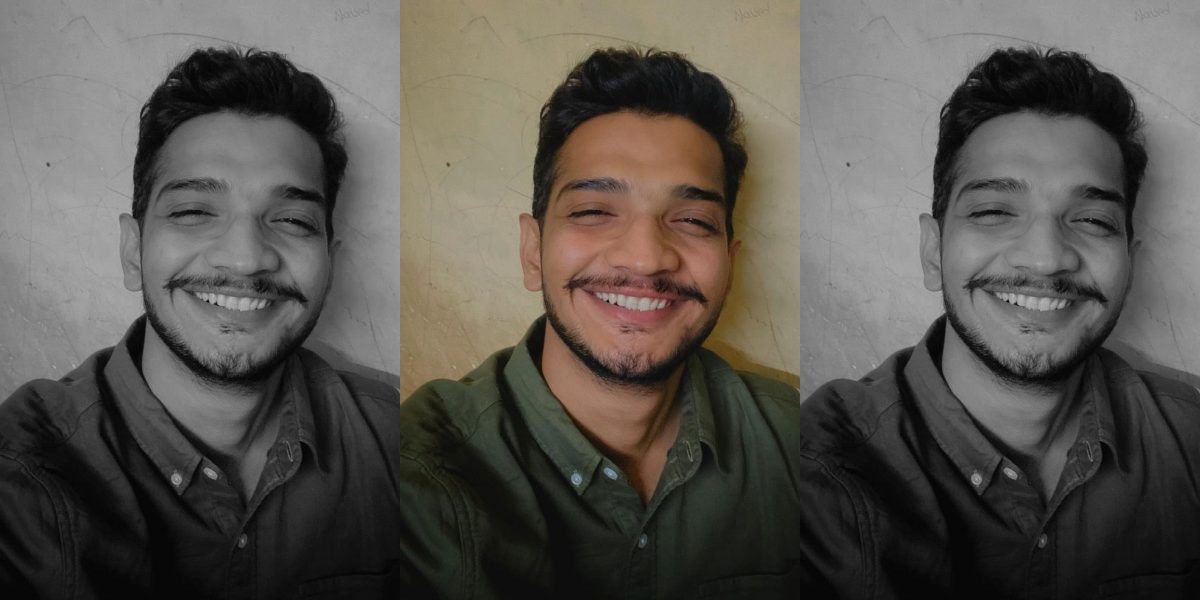 New Delhi: After his planned shows in Mumbai and Raipur were cancelled based on threats from right-wing Hindu groups, comedian Munawar Faruqui’s Goa shows have seen the same fate. The organisers of the two sold-out shows to be held this week, LVC Comedy Club, said that the shows were cancelled after “over 500 people threatened to set themselves on fire”.

According to Hindustan Times, pressure to cancel the shows came from the Hindu Janajagruti Samiti. The group has earlier been in the news for furthering various right-wing Hindu causes, including demanding the immediate withdrawal of a Class XI textbook for its portrayal of Chhatrapati Shivaji.

The organisers said in a social media post that they met the police on the threats issued, and could see no way out other than to cancel the shows. The events were to be held in a mall in Panaji. 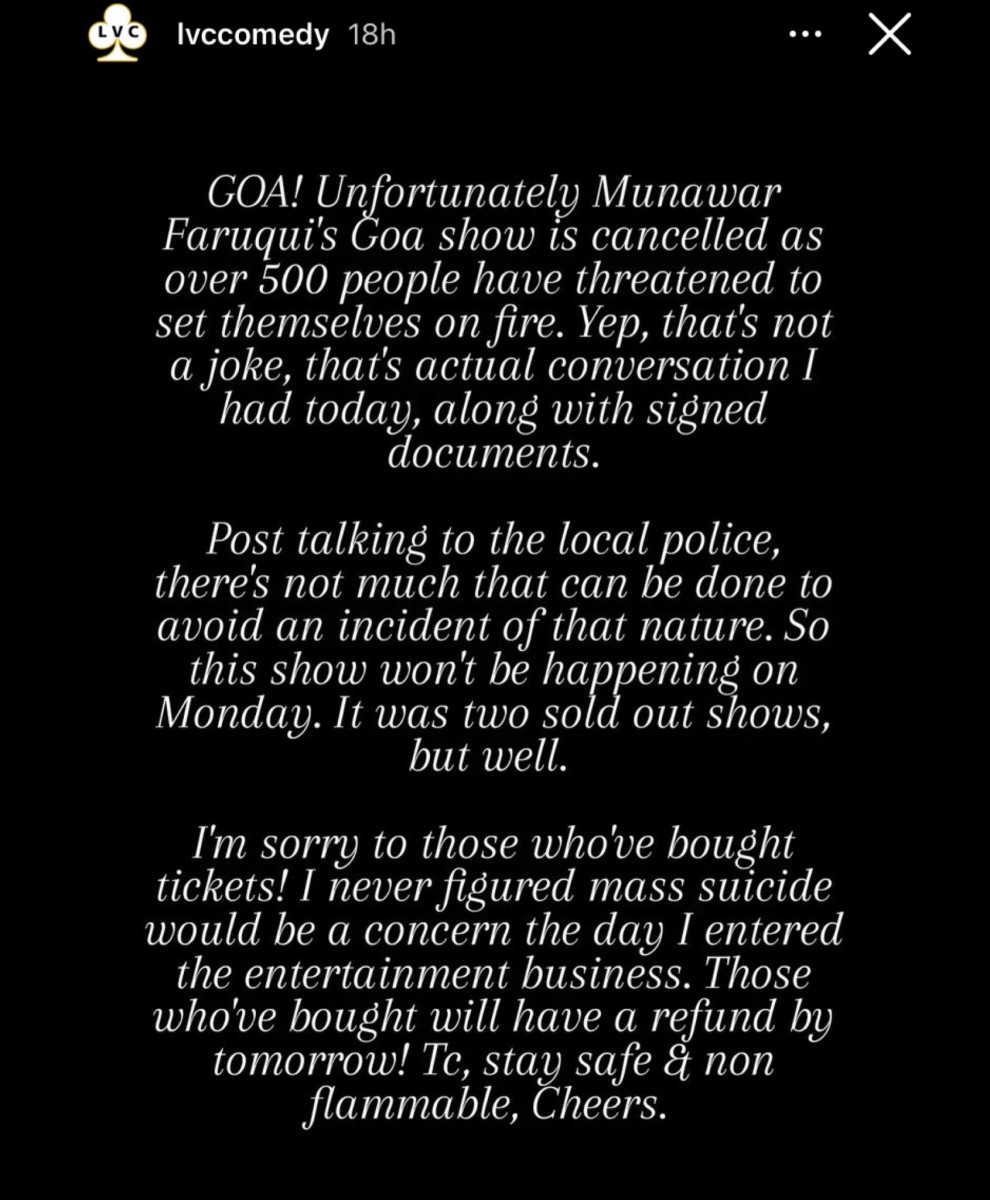 The organisers’ statement on social media.

Last week, Faruqui’s planned shows in Raipur, Madhya Pradesh were cancelled after the Vishwa Hindu Parishad and Bajrang Dal threatened the local administration with protests if permission was granted. Late last month, two shows featuring Faruqui were cancelled after members of the Hindutva group Bajrang Dal travelled from Gujarat to Mumbai and threatened the venue owners.

Rightwing groups have trained their guns on Faruqui since the beginning of this year, when he was charged with hurting religious sentiments based on the complaint of the son of a BJP MLA and arrested even before the allegedly offensive show took place.

The BJP leader’s son had claimed that he overheard Faruqui allegedly passing “indecent remarks” about Hindu deities and Union home minister Amit Shah while rehearsing for an Indore show but could not submit proof of this. Nonetheless, Faruqui was incarcerated for a month, along with others, before the Supreme Court granted him bail.

Before that, the Madhya Pradesh high court had twice rejected his bail pleas, saying that “such people must not be spared”.

Faruqui’s imprisonment had been widely decried as a miscarriage of justice and a flagrant trampling upon his basic rights and his freedom of expression, with outrage even reaching foreign shores.

“Comedy and satire are necessary to ensure a healthy democracy, as they facilitate the free communication of new ideas and critical thinking,” Director of PEN America’s Artists at Risk Connection, Julie Trébault had said then.