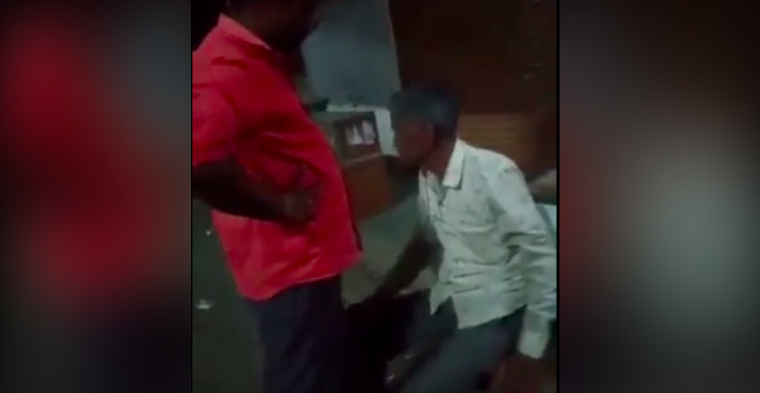 Bhopal: A 65-year-old man in Madhya Pradesh, with mental illness, succumbed to injuries after having been allegedly assaulted by a Bharatiya Janata Party worker who had assumed he was Muslim.

Jain succumbed to assault and his body found on May 19.

Police booked Kushwaha under section 302/304 of IPC in Manasa PS.

According to police, Bhawarlal Jain is a a native of Sarsi village of Jaora tehsil in MP’s Ratlam district.

He had gone to attend a religious event in neighbouring Chittorgarh district of Rajasthan on May 16 when he lost his way. The following day, his family filed a missing report in Chittorgarh. On May 19, he was found dead near Rampura Road, which comes under the jurisdiction of the Manasa Police station.

“Since it was an unidentified body, we circulated messages on social media and nearby police stations. By evening, a Jain family from Ratlam claimed the body, identifying him as Bhawarlal Jain, a mentally challenged man who was missing for the last four days,” Suraj Kumar, Superintendent of Police, Neemuch district, told The Wire over the phone.

After the post-mortem, police said, officials handed over the body to the family. “But the reason for his death was unknown,” the SP said.

Then a video went viral on social media in which a local BJP leader Dinesh Kushwaha can allegedly be seen assaulting Jain, asking him his name and to show his Aadhaar card.

Translated, it means: “What is your name? Mohammed? Show me your Aadhaar Card.”

A senior policeman of Neemuch told The Wire that Jain had possibly been trying to reach his native Sarsi village. The Manasa locality of Neemuch, too, has a village of the same name. Therefore, it is likely that after having wandered after going missing, Jain mistakenly reached Manasa in Neemuch between May 17 and 18. He was likely looking for his house and family members when Dinesh Kushwaha spotted him.

The senior policeman further said that Jain – whose family said he was mentally ill and was likely to have been in distress – had failed to furnish details to Khushwaha.

When the viral video reached Jain’s family, his brother Rakesh Jain lodged a complaint against Kushwaha. Confirming it, K.L. Dangi, town inspector of Manasa police station, said an FIR had been registerd. “A case under section section 302 (punishment for murder) and 304 (2) of the Indian Penal Code has been filed against Kushwaha and his unidentified accomplice and teams have been formed to arrest them,” Dangi said.

"Kushwaha has been booked and absconding," said A Dangi, Town Inspector of Manasa Police Station of Neemuch District. @newsclickin pic.twitter.com/RXuBvjh2Kf

Police said they are also looking at CCTV footage of the area and investigating other links.

When asked about ruling party’s associations with the accused, the senior police officer said, “Kushwaha’s wife is a former BJP corporator and further probe is underway.”

While Pawan Patidar, district president of BJP’s Neemuch district confirmed Khushwaha’s association with the party and said, “He wasn’t holding any post but he is BJP worker.”

He, however, disconnected the call when asked whether Kushwaha been suspended from the party after the incident came to light.

The Wire tried reaching BJP’s state secretary Rajneesh Agrawal to get his views on Kushwaha’s video, but Agrawal did not accept any of the calls.

Demanding arrest of the accused, veteran Congress leader and Rajya Sabha MP Digvijaya Singh tweeted, “I have been informed that BJP’s Kushwaha is booked under section 302 of the IPC. Will see, if he will be arrested or not.”