Can we now expect the RSS chief to back the idea of multi-religious primers for all school students – especially texts which set out the fundamental precepts and beliefs of India’s multiple faiths? 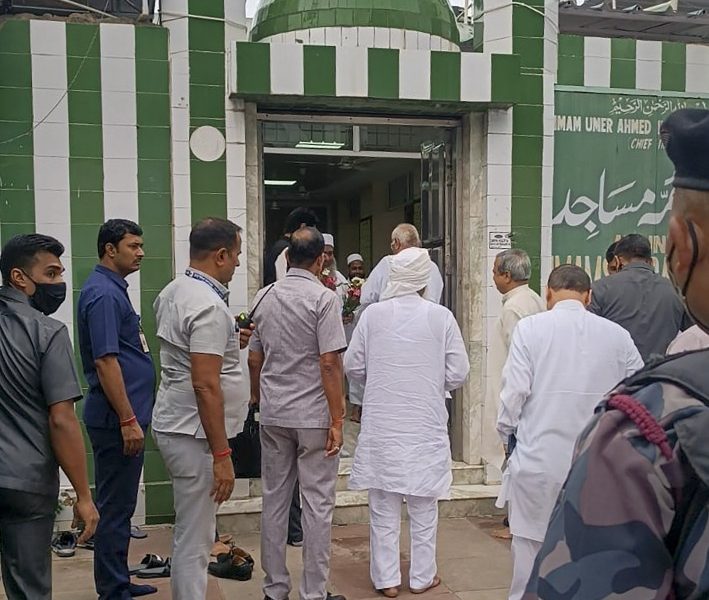 A Hindu by accident of birth, I remain an agnostic by virtue of the application of mind.

As a student of culture, nonetheless, I fully recognise the great hold that religious beliefs have on the minds of people. Indeed, a recent international poll found that India is one of the world’s most religious countries. Over the past few years, particularly, the religious question has acquired a precipitate urgency in the life of the nation.

Given those facts, it would be lazy to pass over two events related to the head of the RSS – namely, his meeting with five notable Muslim individuals who have held high office in their time with distinction, and his first-ever, we are told, visit to the house of an imam, and to a madrasa nearby.

As to the meeting with the five Muslim notables, we now know, more than a month after the meeting, about what transpired therein from an article written by S.Y. Qureshi on request by the Indian Express as he tells us.

As to the madrasa visit, the RSS chief, reportedly, said to the Muslim children there, that along with the Quran they should also read the Gita.

Also read: When Rabbits Are Impressed by the ‘Simplicity’ of the Wolf

At the simplest, do these initiatives connote a formal recognition by a leading Hindutva organisation that Muslims indeed exist in their own discrete right as Indians? That the Indian nation indeed is plural and composite? Does his suggestion to the Muslim children that they should also study the Gita simply express an acknowledgement that the holy book of the Muslims ought to co-exist with those of the Hindus? Bhagwat has himself said nothing in public. But according to Qureshi, these inferences can be made in view of the RSS chief saying to them that he holds the constitution of India to be sacrosanct, and that everyone is obliged to follow its injunctions.

If this be the case, can we expect Bhagwat to back the idea of multi-religious primers for all school students, especially texts which set out the fundamental precepts and beliefs of India’s multiple faiths? That will surely be good news for the promoters of a Kanpur school who were recently charged by the police for promoting multi-faith prayer. If, on the other hand, Bhagwat – in his admonishment about reading the Gita – was seeking to suggest to that Indian identity is in essence a Hindu one, and that Indian nationalism is not territorial but racial-confessional, then of course he was only reiterating the ‘cultural’ theory laid down by the RSS ideologue, M.S. Golwalkar, in his 1938 tract,  We, Our Nationhood Defined. And recalling what V.D. Savarkar had said as early as 1923 – that only those inhabitants could be trusted to be true nationalists whose place of birth and place of worship (punya bhoomi) were both in India.

To wit, if your religious allegiance be to Mecca or Jerusalem, your loyalty to India must always remain suspect.

Golwalkar left no one in any doubt about his racial thesis, as he praised Hitler for cleaning out the “Semitic races” and raising “race pride” to its peak in Germany – an example that he said India must learn from.

In the same book, Golwalkar laid out at length how, in order to to be accepted as Indians, Muslims especially must learn to pay obeisance to Hindu gods, and deities, rituals and forms of worship, and failing to do so, expect even their citizenship to be in jeopardy.

Did, perhaps, Bhagwat thus proffer a study of the Gita in Muslim madrasas not so much as a gesture towards a multi-faith idea of Indian culture but as a gentle declaration among the “enemy” (Golwalkar’s characterisation of Muslims in his 1966 text, Bunch of Thoughts) that they must need grow up to be Hindus?  Note that Bhagwat has more than once said all Indians are Hindus if they wish to be accepted within the civilisational nationalism of the right-wing’s construction of our history.

(In passing imagine Christian evangelists in western countries saying something similar to Hindu children in their midst, i.e. be Christian if you wish to be accepted as our citizens, and if you wish not to be at the receiving end of hate crimes. One wonders if our Bharat-loving Non Resident Indians abroad ever think of this possibility.)

A lesson from history

In a fine book published in 2012, titled The East India Company and Religion, 1698-1858, Penelope Carson examines how during the long mercantile phase of the East India Company, it consistently resisted evangelical pressures at home which sought to persuade the trading Company that religious proselytisation in India was also a very necessary task, if Indians were to be rescued from their “barbaric” forms of religion.

The Company argued throughout that such an infusion among the masses in India would not but cause uncontrollable turbulence and thus overturn the primary applecart of the Company’s goals, namely to make money.

The evangelical pressure (especially after the arrival of Thomas Carey in 1793) , however, came to a successful head with the renewal of the Company’s Charter in 1813, allowing what came to be called “Bible peddling” in India.

Over the years, this one factor, colonial historians tell us, became one of the two chief motivations for the uprising of 1857, namely, the annexation policy and religious conversions to Christianity. These were key reasons why the political and cultural power centres of both Hindus and Muslims came together to fight the Company.

History is replete with ironies, but why we in India with all our ‘vishwaguru’ wisdom should risk slipping back from the “post-colonial” into the “colonial” experience beggars thought.