Modi Breaks Silence: 'Killing People in the Name of Protecting Cows Not Acceptable'

The prime minister's statement comes in the wake of increasing incidents of violence by 'cow protectors'. 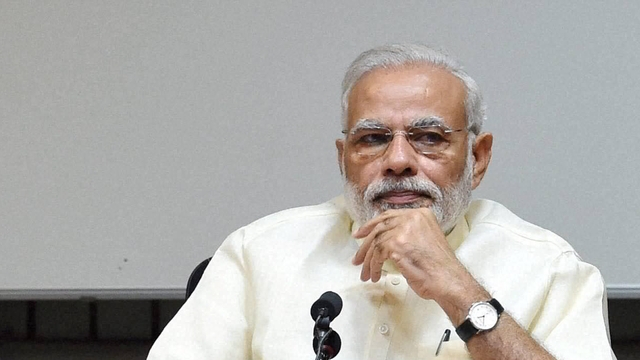 New Delhi: Prime Minister Narendra Modi, on Thursday, spoke out against cow vigilantism, saying, “killing people in the name of protecting cows is not acceptable”. Modi, who is in Gujarat for the inauguration of the Sabarmati Centenary celebrations, broke his silence on the frequent lynchings in the country, saying that there is no place for violence in our society.

“Today I want to say a few words and express sadness on some of the things going on. We are a land of non violence. We are the land of Mahatma Gandhi. Why do we forget that. No one spoke about protecting cows more than Mahatma Gandhi and Acharya Vinoba Bhave. Yes. It should be done. But, killing people in the name of Gau Bhakti is not acceptable. This is not something Mahatma Gandhi would approve. As a society, there is no place for violence”, he said.

“No person in this nation has the right to take the law in his or her own hands in this country. Violence never has and never will solve any problem”, he said.

He also urged everyone to work together to create the India of Mahatma Gandhi’s dreams. “Let’s create an India our freedom fighters would be proud of”, he added in his statement.

Modi’s comment comes in the wake of the recent lynching of Junaid Khan on a Delhi-Mathura train on suspicions of carrying beef. Thousands of people across the country took to the streets on Wednesday evening in an unprecedented citizens’ protest against the recent incidents of mob violence across the country that have targeted Muslims and Dalit.

The last time he said anything about this problem was in August 2016, after the Una incident in Gujarat, when gau-rakshaks attacked Dalits involved in the trade of skinning dead bovines.