The Delhi Minorities Commission also alleged that many Muslims are being randomly picked up by the police for the February violence in Northeast Delhi. 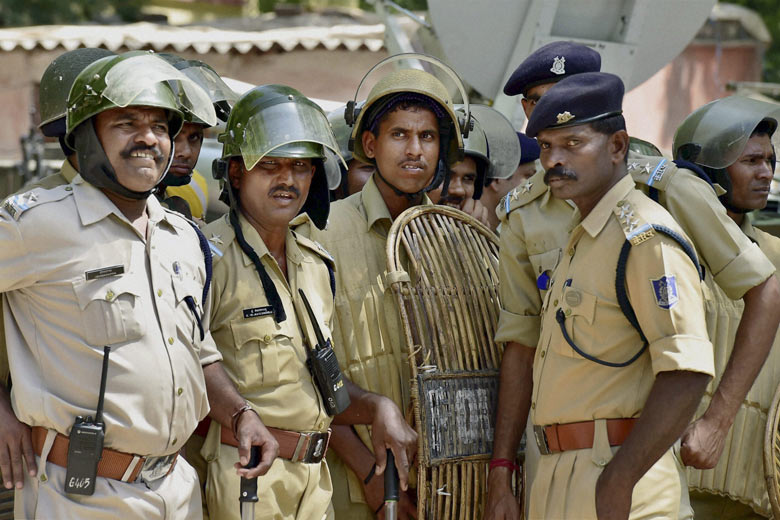 New Delhi: The Delhi Minorities Commission on Saturday claimed, through a notice sent to Commissioner of Delhi police, that a mosque was attacked and burnt in Alipur in North West Delhi on Friday night. It has also issued a separate notice to the commissioner claiming that Muslim boys are being randomly arrested for the February violence in Northeast Delhi.

When contacted, the Delhi police spokesperson denied any knowledge about any such attack on a mosque.

In a notice issued on the Commissioner of Delhi police today, the chairman of the panel, Zafar-ul Islam Khan stated that the Commission has received a report and a video which says that at around 8 pm on April 3, around 200 people attacked a mosque in Mukhmelpur village under the Alipur police station in North West Delhi while there were two or three persons inside.

The notice said the mob attacked the mosque, ransacked it, burnt it partially and demolished some of its parts, including the roof. It further said that it was unbelievable that this could happen in the national capital. “The issue cannot be patched up artificially by arranging a compromise where a religious place has been ransacked and partially burnt and demolished. If no proper legal action is taken, this lawlessness will become common,” the Commission cautioned.

Directing the Commissioner to ensure that an FIR was lodged against the culprits, the Commission said the law should take its course so that a deterrent is created in the minds of people as some have started to think that they will go scot-free after committing any crime against the weaker sections of the society.

Through another notice, the Commission also raised the issue of alleged arrests of Muslim boys for the North East Delhi violence. The panel said it has been receiving “reports via emails, WhatsApp messages and phone calls” from the North East district since even before the lockdown was clamped that police was “arresting young Muslim boys by their dozens every single day.”

The panel said “this has continued under the lockdown” and went on to cite a recent incident. It said “at 8 pm on April 2, Muslim women in Mustafabad came out protesting against this objectionable and dubious activity.”

The Commission said earlier too it had brought this issue of arrests to the notice of the area Deputy Commissioner of Police stating that “the trend of randomly arresting young Muslim boys of the North-East district is not acceptable.”

The notice, sent on April 3, also charged that there were “serious allegation made by some people of the North East district that some police officers are using arrests as a pretext to extract huge sums of money as bribes or ransom money which, if paid, will ensure the freedom of the arrested youth.”

It urged the Commissioner of Police to “instruct police ground staff to desist from random arrests in the North East district as arrests must only be made when there is a clear evidence about someone’s involvement in a punishable crime”. The Commission said once the lockdown is lifted and conditions return to normal, “we will take a closer look at these arrests”.

‘Mosques being prohibited from using loudspeakers for azaan’

Through the notice, the Commission also raised the issue of it receiving complaints that mosques are being prohibited from using loudspeakers for azaan. As of now, under the current restrictions, a maximum of four persons are allowed to offer congregational prayers at a time in a mosque.

The notice said “loudspeakers are used by mosques to announce that the time of prayer has come so that people may pray at home on time as there is a prescribed time for each prayer. Hence, prohibition of azaan on loudspeakers has no rationale or need.”

It stated that station house officers should be clearly told not to insist on prohibition of use of loudspeakers for azaan and should take action only if more than four persons gather for performing namaz while the current lockdown is effective.

The Commission also highlighted how “meat shops in some areas have been closed down, which is against the lockdown regime”. It said food stuff is considered part of essentials and shops selling such stuff cannot and must not be closed.