Mamata Magic and the Masses in the Age of Populist Democracy

Mamata’s policies, since she became chief minister in 2011, have challenged and redefined the century old hegemony of bhadralok politics, and reshaped Bengal's identity.

A maverick single woman from the slums of Kalighat who fought both the Congress and the Communist Party of India (Marxist) at the same time, formed her own party and successfully took on the Left Front government to redefine the more than a century old hegemony of bhadralok politics of Bengal, is truly out of the world, almost a magical phenomenon.

For more than 30 years, Mamata Banerjee was a militant street fighter organising protests to defend the unorganised poor, the marginal and the oppressed especially in the urban centres of south Bengal. On more than one occasion she gave up her ministerial position in the union government to uphold popular causes. She was badly beaten up by the left, labelled lumpen, mad, temperamental, a fraud and coarse, likened to a maid or a menial and considered untouchable in the refined world of the progressive cultural and intellectual politics of Bengal. She was the angry young woman of Bengal who not only unseated the formidable Somnath Chatterjee from South Calcutta, but over time fought against the might of capitalism and the state to claim the mantle of the left and in the process stole its entire popular base.

For more than 40 years the Left built its popular base and political and moral-ideological hegemony through a politics of militant mobilisation, unionisation, party-building and intellectual, cultural and political interventions. It dislodged the old hegemony of the bhadralok-landlord axis, but not by a proletariat-peasant alliance. The Left firmly put in place a new hegemony of the Left-oriented lower middle classes centred on government employees and teachers; later an emerging rural middle class joined this ruling bloc. It remained in power for a record time because the Left came to represent the workers, peasants, minorities, Dalits and Adivasis – the poor and the marginalised generally. In other words it built a political and moral hegemony over the people. The Left government’s policies and welfare measures for a considerable period ensured the continuation of this model of politics in Bengal. By the end of the 1980s the popular base of the left in urban areas was eroding due to the lack of economic opportunities and the narrow partisanship of the government.

Since the 1990s the Left went for a major course correction; globalisation, liberalisation and the success of the Deng model in China inspired the CPM to woo private capital in a major way. The promise of industrialisation by Buddhadev Bhattacharyya in the 2006 elections seemed to have once again re-established the stressed left hegemony. His arrogance was reflected when he said, we are 230 and they, meaning the Trinamool Congress, 30 (seats in the Assembly). Armed with this mandate the Marxists went on an investment overdrive. Without any consultation with the peasants land was forcibly acquired for the Tatas in one of the world’s most fertile regions, Singur and in Nandigram for a chemical hub. Besides, a slew of grand projects were announced.

The peasants saw it as an act of betrayal by a government they had trusted so long; sections of the Left intellectuals felt that the CPM had completely surrendered to capitalism. Faced with popular resistance the left government resorted to violent suppression of the movement, which in turn further alienated its traditional support bases. Mamata joined these protests in a major way and undertook a 25 day fast to demand the return of land to the peasants. Such protest movements spread to large parts of the state and Mamata was fast emerging as the voice of these people. Her acceptability was further legitimated by Naxalites, Maoists and SUC supporting her.

In a span of five years, Bhattacharyya’s arrogance was reduced to the ashes and the Trinamool Congress (TMC) won by a huge margin in 2011. Since coming to power, on the one hand Mamata has assiduously built and nurtured the major social support bases of the left and on the other hand, she has sought to challenge the political and moral hegemony of the Left-led public funded bhadralok ruling elite. In her bid to build her social base and win over the traditional left support bases, she has undertaken a well-thought out strategy combining economic, political, cultural and ideological concessions and rewards. Addressing their concerns makes a lot of sense because after three and a half decades long left rule it came to public knowledge that the condition of the people had not improved much. The Sachar Committee report, state human development reports and other studies made them official. For example if we take two or three major indicators affecting the poor, we would find Bengal to be at the bottom among all states. A cursory look at Amartya Sen and Jean Dreze’s compendium of state-wise statistics in An Uncertain Glory: India and its Contradictions will show that in wages, education, access to electricity among others, Bengal was at the bottom of the list.

In one of the most important moves, with long-term ramifications, was to introduce reservations for other backward classes (OBCs) belonging to all religions, including Muslims. This has generated new hope amongst the aspiring subaltern classes and all over Bengal there is a veritable rush to get caste certificates. After 40 years of independence, for the first time we are finding universities and colleges recruiting people from lower castes and Muslims. This is also a major blow to the hegemony of the old bhadralok, which did not even follow the constitutional obligations regarding reservations in education. 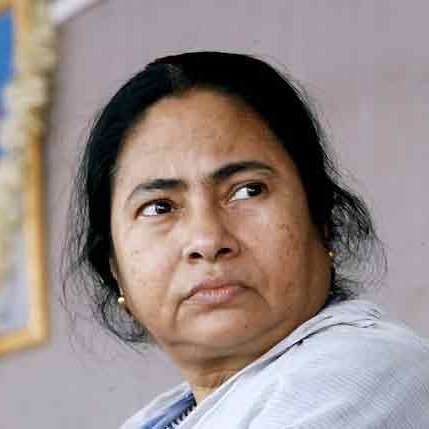 Secondly, she has set up a series of direct material benefit programmes among the poor and generally in the districts. This has included socially revolutionary moves like distributing cycles to every student, monetary incentives to girl students, schemes for peasants, folk artists, artisans, fisherfolk, for the sick and the destitute etc. Unlike the left, Mamata has no ideological blinkers and she has learnt from other states in many ways. These schemes generate a sense of obligation and personal loyalty and the government is seen as a patron caring for the suffering of the people. She has further ensured that the quality and efficiency of government services be improved so that the people actually receive the rewards meant for them. She has dealt a body blow to the old Left shirk ethic which paralysed public services in the state.

Thirdly, Mamata and her government literally reaches out to the people by holding government-people public interactions in each of the districts to address peoples’ grievances. Further, she has created a large number of official bodies and councils to give representation and a share of power, status and dignity to different marginal communities and backward regions. Along with new reservation laws she has opened a large number of new colleges and universities in the districts to cater to the aspirations of the backward classes and communities.

Finally, her style of leading and representing the people and her cultural politics has not only introduced a new idiom in Bengal politics, but in the process has also sharply challenged the Left bhadralok cultural hegemony.

Unlike most Left leaders who did not belong to subaltern classes, but through hard work and struggle emerged as leaders and representatives of the people, Mamata belonged to the people, she was poor, did not have the cultural capital of the bhadralok, spoke the language of the street, but at the same time could take on the might of capitalism, the state and the bhadralok. Her tough authoritarian style actually made her more credible among the masses; she could deliver and make things happen. It gave people hope and a sense of power and pride. Again, unlike the left’s snooty cultural politics which sneered at mass culture dished out by popular soaps and films, Mamata roped in almost the entire entertainment industry into her politics, by offering them seats in the legislature and giving them prominence in public meetings.

Durga puja is one of Bengal’s major carnivals when the crowds and their aesthetics take over our public spaces. It is also the time for the bhadralok elites to make their annual pilgrimage to the west or other parts of India; a time Jyoti Basu would be at home in London every year. Today, this annual subaltern interval has come to acquire permanence. Roads are lit up with decorative lights, the cloth and bamboo replicas of architectural objects of desire have been turned into brick and concrete realities. The Big Ben is a good example of such popular tastes. Grand gates have been erected; in fact, Mamata made a public promise to make Calcutta London, Darjeeling Switzerland and Digha Goa. Despite the chuckles it evoked among the bhadralok, her popularity and the hopes of the masses soared. Spectacular forms of beautification have shaken the laid back cultural complacency of the left bhadralok.

With Mamata, the people have arrived and are here to stay, and are reshaping what it means to be Bengali. This assertion of Bengali identity is also being used by her to counter Hindu populism of the Bharatiya Janata Party. However, such affect-based popular support without a serious programme of social transformation tends to be volatile.

Sanjeeb Mukherjee is a former professor of politics in Calcutta University, and is currently an independent academic and activist.