The police, however, clarified that no charges against 85-year-old Sambhaji Bhide and others have been removed in the Bhima Koregaon violence case. 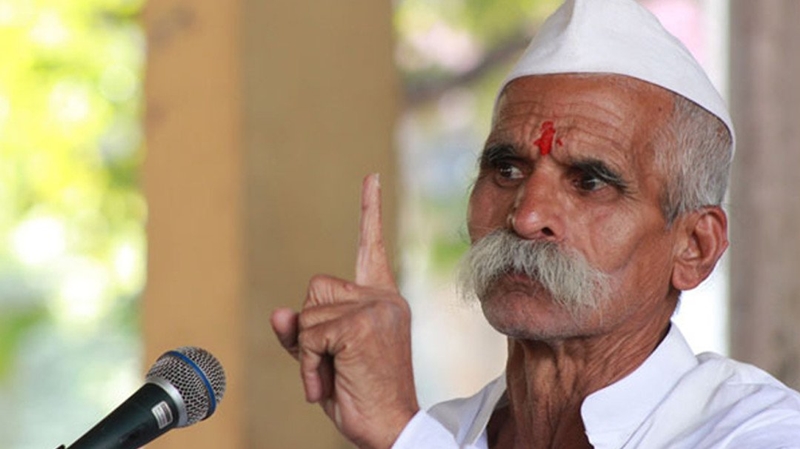 According to reports, rioting charges were filed against Bhide and hundreds of workers of his political outfit for vandalising posters of Ashutosh Gowarikar’s film Jodhaa Akbar in February 2008. In the protests led by the Shiv Pratishthan Hindustan after the release of the film, hundreds of activists tore down posters of the film and shouted slogans outside a multiplex in Sangli, about 375 km from Mumbai. The protesters went on a rampage throwing stones at cops and damaging buses and vehicles, including a police van.

Bhide had then made provocative speeches about how the film distorted history. While 25 youths were arrested for violating prohibitory orders, almost 100 injured protestors were admitted to local hospitals.

Several reports earlier on Monday erroneously claimed that the charges against the Hindutva leader had been dropped in the Bhima Koregaon violence case. This police has clarified that this is not the case.

“No charges against Bhide and others have been removed so far in Bhima Koregaon violence case and the investigation is still in progress,” Pune Superintendent of Police (SP) Sandeep Patil told ANI.

After violence broke out at a commemorative event held in Bhima Koregaon, a case was registered against Milind Ekbote, who heads the Hindu Ekta Aghadi, and Sambhaji Bhide, for allegedly “inciting” the violence that left a man dead. Subsequent protests against the incident also disrupted normal life in Maharashtra, particularly in Mumbai. The Maharashtra police in March had arrested Ekbote for inciting violence.

In the months since the Bhima Koregaon violence, the Maharashtra police has arrested several rights activists and lawyers, prompting cries of a witch hint. It also simultaneously raided the homes of several people in Mumbai, Delhi, Ranchi, Goa and Hyderabad, including activists, priests, writers and lawyers. Among those arrested who are still under house arrest are Sudha Bharadwaj, Vernon Gonsalves, Varavara Rao, Gautam Navlakha and Arun Ferreira.