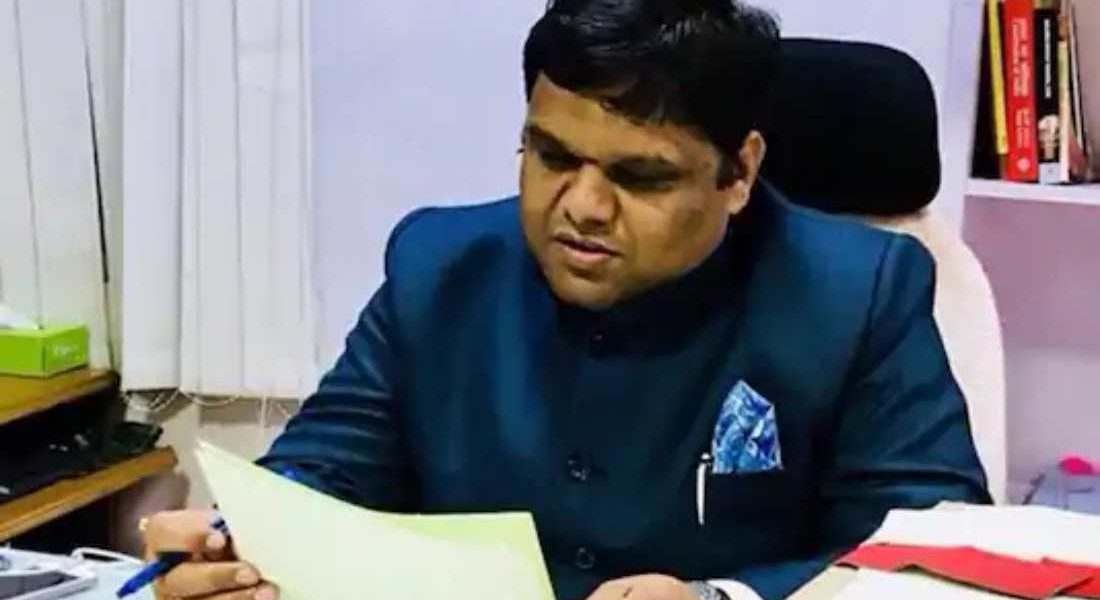 New Delhi: The National Commission for the Protection of Child Rights (NCPCR) has followed up on its recommendation to the chief secretaries of all states and union territories to conduct a detailed inquiry of all recognised madrasas admitting non-Muslim children. In a notice issued to the UP Minority Affairs and Waqf Department, NCPCR said that giving Islamic education to non-Muslim students was a violation of Article 28(3) and sought a reply within three days.

Javed, who is a Bharatiya Janata Party member, had evoked Prime Minister Narendra Modi’s slogan of “Sabka Saath, Sabka Vikas” while expressing his angst at the manner in which divisiveness was being spread in educational institutions through such orders.

At a meeting of the UP Board of Madrasa Education on January 18, he clearly said: “We will not allow a divide to be created between Muslims and non-Muslim communities as this goes against the Bharatiya Janata Party’s principle of Sabka Saath Sabka Vikas.”

`Lodge FIR if there is forceful admission’

Following a meeting of the UPMEB, Javed announced that the Board had unanimously rejected NCPCR’s recommendations. He said there could be no differentiation among students on the basis of their religion. He was quoted as saying: “If NCPCR head has any evidence of forced religious conversion of any student or forceful admission of non-Muslim students in madrassa, then he must share input and lodge FIR.”

Earlier, Javed had also urged the NCPCR to reconsider its recommendation urging states and UTs to inspect the recognised madrasas admitting non-Muslim children.

Seeking that the Commission reconsider its recommendation, Javed had stated that “we are providing modern education to children under NCERT syllabus and only religious education is not being imparted in madrasas”.

He had also urged a more holistic approach to the issue, saying, “Non-Muslims are studying in madrasas and non-Hindu children are studying in Sanskrit schools. Children of every religion are also studying in missionary schools. I myself studied at Banaras Hindu University (BHU), NCPCR should reconsider their letter.”

Meanwhile, the All India Teachers Association Madaris Arabiya has also written to the president and prime minister stating that NCPCR’s recommendations were violative of the Right to Education and go against the spirit of the Constitution of India.

The national general secretary of the organisation, Wahidullah Khan Sayeedi, said that such letters create “hatred and animosity” in society while also creating a sense of “suspicion and ill-will” towards madrasas.

Sayeedi said the issuance of such letters and directions for educational institutions “on the basis of mere complaints and imaginations” and “without any concrete proof or evidence” only harms their image. He also insisted that dividing educational institutions on the basis of religion, community or caste and creating a sense of animosity towards them on these lines was not right.

Saying that no student is given admission in any madrasa without the consent of their parents, Sayeedi has urged the president and prime minister to take appropriate action on the letter of NCPCR’s chairperson.

NCPCR alleged that UP Board head disrespected its mandate

But despite Javed and Sayeedi raising concerns about how the December 8 recommendation of NCPCR chairperson Priyank Kanoongo seeks to divide children on religious lines, it did little to change the Commission’s resolve to move ahead on the matter.

Kanoongo in his later directive wrote: “Madrasa board chairperson’s comment violates the constitutional rights of the children and it disrespects the commission’s mandate.”

Further, Kanoongo was quoted by news agency ANI as saying: “The Uttar Pradesh Madrassa Board had made an objectionable and silly statement that it will continue to admit non-Muslim students in madrassas. Hence, we have written to Special Secretary Minorities that giving Islamic education to non-Muslim students is a violation of Article 28(3) and asked them to reply within three days.”

In the notice sent to the special secretary, UP Minority Affairs and Waqf Department, Kanoongo also wrote that “no compliance report has been submitted to the commission from the UP government on the recommendations shared on December 8, 2022, for non-Muslim students studying in madrassas.”

The Commission had on December 8 asked the chief secretaries of all states and UTs to “conduct a detailed inquiry of all government funded/ recognised madrasas who are admitting non-Muslim children”. It had added that “the inquiry should include physical verification of children attending such madrasas” and that “subsequent to the inquiry” all such students should be admitted for “availing formal education”.

The NCPCR had also recommended “mapping of all unmapped madrasas” and directed the chief secretaries to “admit any/ all children into schools for availing formal education with immediate effect”. It had also sought an Action Taken Report from all chief secretaries within 30 days of “completion of action in this regard”.

In this letter, the Commission head had also written that “Madrasas, as institutions, are primarily responsible for imparting religious education to children. However, it is also learnt that those madrasa which are funded by the Government or recognised by the Government are imparting both religious and to some extent formal education to children.”

Panel cited “complaints” from “different sources” as reason behind letter

Kanoongo further cited “various complaints” from “different sources” to say that the Commission “noted that children belonging to non-Muslim community are attending government funded/ recognised madrasas. Further, it is also learnt by the Commission that some State/UT government/s are providing them with scholarships too.”

“This,” the NCPCR chairperson wrote, “is a clear cut violation and contravention of Article 28(3) of the Constitution of India that prohibits educational institutions from obligating the children to take part in any religious instruction, without the consent of their parents.”

Therefore, the NCPCR recommended that the UP government conduct a detailed inquiry into all government-funded or recognised madrasas where non-Muslim children were receiving education.