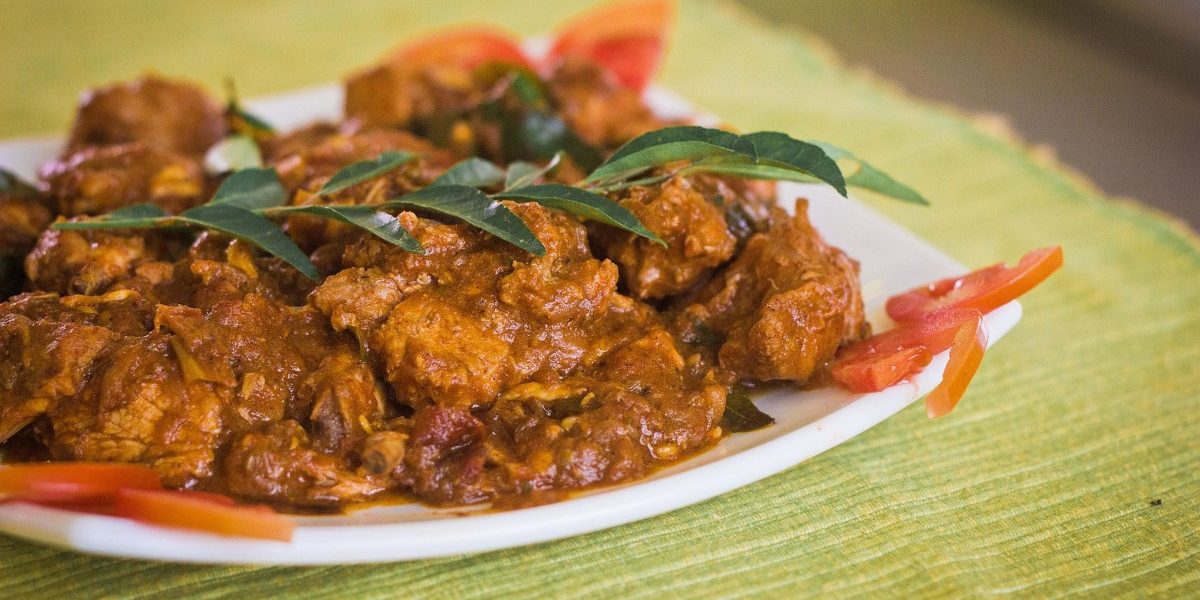 Kozhikode: The Bharatiya Janata Party (BJP) in Kerala has demanded that the state government ban the “halal system” and halal boards at restaurants.

In a press conference held in Thiruvananthapuram on Sunday, the party’s Kerala state general secretary, P. Sudheer, said, “Halal is a bad custom like the triple talaq.”

The BJP’s demand to ban halal foods came amid social media campaigns against restaurants that serve such food, and a counter campaign targeting businesses with alleged RSS connections.

Meanwhile the state’s opposition leaders and a leading hoteliers’ union demanded strict action against those who are involved in the spike in communal and false campaigns targeting certain hotels and restaurants.

Hotel owners in Kerala have already sought action against those who are engaged in this disinformation campaign. The Kerala Hotel and Restaurant Association (KHRA), which represents more than 35,000 hotel and restaurant owners in the state, wrote a complaint to the chief minister and the police chief, seeking legal action against those spreading false narratives against certain hotels and restaurants.

V.D. Satheesan, the leader of opposition in the state, demanded strict and effective action against those who are engaged in hate speech and communal campaigns against restaurants.

Kodiyeri Balakrishnan, a senior leader of the ruling CPI(M), said that the current controversy is a product of “RSS’s efforts to divide the society”. He also said the communal campaign is aimed at polarisation among different religious communities. “This propaganda is not good for the Kerala society … [it] will not succeed here,” he said.

Balakrishnan said while the Hindutva group’s divisive actions are “terrifying” in other states, the latest developments suggest “similar campaigns have been started in Kerala too”.

The state has witnessed some similar communal campaigns in the recent past, misusing the social media and misinterpreting Islamic terms.

A similar campaign targeting halal foods was carried out last year. In a more recent development, a Christian priest triggered a controversy after saying that some Muslims were trying to “destroy” people from other faiths with drugs, through “narcotics jihad”.

The BJP’s latest stand against halal food also came in the wake of a similar controversy, related to halal jaggery used for preparing ‘appam’ and ‘aravana’, two major offerings at the famous Sabarimala temple. A Sangh parivar activist approached the Kerala high court saying that the Travancore Devaswom Board, which manages the temple affairs, was using halal–certified jaggery for preparing the offerings. However, the Devaswom Board informed the high court that the halal certification appears on the jaggery sacks because the company that supplies the item to the temple also exports it to foreign countries. It also turned out that the jaggery was distributed by a company run by non-Muslims.

Besides the sangh parivar elements, some Christian groups, like Christian Association and Alliance for Social Action (CASA), are also engaged in creating and spreading Islamophobic propaganda in Kerala.

Some scholars pointed out how certain Christian groups in the state are finding common grounds with Hindutva forces in their anti-Muslim rhetoric. CASA’s Facebook page says the group’s objectives include creating awareness among the community members about various “anti-national” forces, such as “love jihad”, “narcotic jihad”, “land jihad”, “economical jihad”, “medical jihad” and “legal jihad”.

Even though these groups’ Facebook and other social media accounts are full of hatred and xenophobia, the government hasn’t yet taken any effective legal measure against their campaigns, which are mostly in cyberspace.

Responding to the communal campaigns on social media, Congress leader Satheesan criticised the state government for its “inaction” against those who spread hate through social media and other platforms. “[Some people] are spreading hate messages so explicitly. Why the government doesn’t take any action?” he asked.

“I know what halal is, this propaganda should be defeated”

The BJP state unit’s demand to ban halal food suggests ignorance about the concept of halal and halal practices among Muslims, and the party is struggling to justify its war on halal foods.

Muslims generally look for halal foods particularly when consuming non-vegetarian meals, and the concept mainly deals with the way the animal/poultry is slaughtered.

In Kerala and elsewhere, many restaurants run by non-Muslims also use halal boards and serve halal foods to attract customers from all faiths.

Globally, India ranks among the leading exporters of the halal-certified food and beverage industry. Some other non-Muslim majority countries, like Brazil and Australia, are also in the list.

Like in some other places in the country, an Islamophobic campaign in the state is propagating disinformation that Muslims spit on food items to make them halal.

The Wire has recently reported on how the Hindutva forces have coined a fresh Islamophobic term, ‘Thook Jihad’, to target Muslims and their livelihood.

Speaking to The Wire, N. Sugunan, Kozhikode district president of the Kerala Hotel and Restaurant Association (KHRA), said the ongoing propaganda against certain hotels is an “attempt to communalise” the hotel industry, which he called one of the “most secular” fields in the state.

Also read: My Encounter With Yati Narsinghanand Saraswati and What it Taught Me About Hindutva

“When I speak with you now, most of my customers who are having breakfast at my restaurant are Muslim brothers,” he said from Kozhikode’s Mankavu, where he runs a restaurant and bakery. “We should isolate those behind this vile propaganda.”

Sugunan said he has lived in a Muslim-concentrated area for several years, and “knows very well” what the halal means.

He said his association filed complaints with both the chief minister and the state police chief, but is not happy with the government action so far. “The government should show some more energy to address such communal campaigns,” he said.

Since the beginning of the latest hateful campaign in Kerala for the ban on halal foods, there are apprehensions, including within the Sangh parivar, that it might affect several restaurants irrespective of the faith of the owners. A state-level BJP leader also pointed out this fact through a Facebook post, but he had to soon delete his post after criticism from within the party.

Sandeep G. Varier, the party’s spokesperson in the state, in a Facebook post said it would be good if Hindus, Christians and Muslims realised that they could not live in Kerala if they economically boycott each other. “Reason, and not passion, should lead the way in such debate,” he wrote.

The statement, shared amid a divisive campaign, was praised by many including BJP critics for the secular and inclusive message it conveyed. However, he soon deleted the post, reportedly after criticism from his colleagues in the BJP.

Varier later released a fresh statement, where he said his earlier post was deleted because his fellow BJP men “misunderstood” its message.

He also clarified that he was only trying to defend a well-known restaurant group in northern Kerala – the Paragon restaurant, which is run by Hindu management and serves halal food. Varier said he wrote the earlier FB post thinking about the hardship that its owner “must have gone through to build the hotel chain, which has 1,600 employees”.

Responding to the negative campaign, the hotel management said it is not sure whether the campaign was started by religious extremists or rival business groups. “We have been serving food to people from all castes and creeds for more than eight decades … We don’t know who is behind [the campaign]. We aren’t sure whether it has been instigated by religious intolerance or business rivalry,” its owner Sumesh Govind had said. The hotel management also filed a police complaint against the negative propaganda.