Kashmiris Deserve Better than 'The Kashmir Files', Their Tragedy Needs a Film-Maker Like Lapid

Shallow, sectarian imagination can never do justice the complex fate that has befallen the Pandits and Muslims of the Valley, that only creative minds of integrity can do. 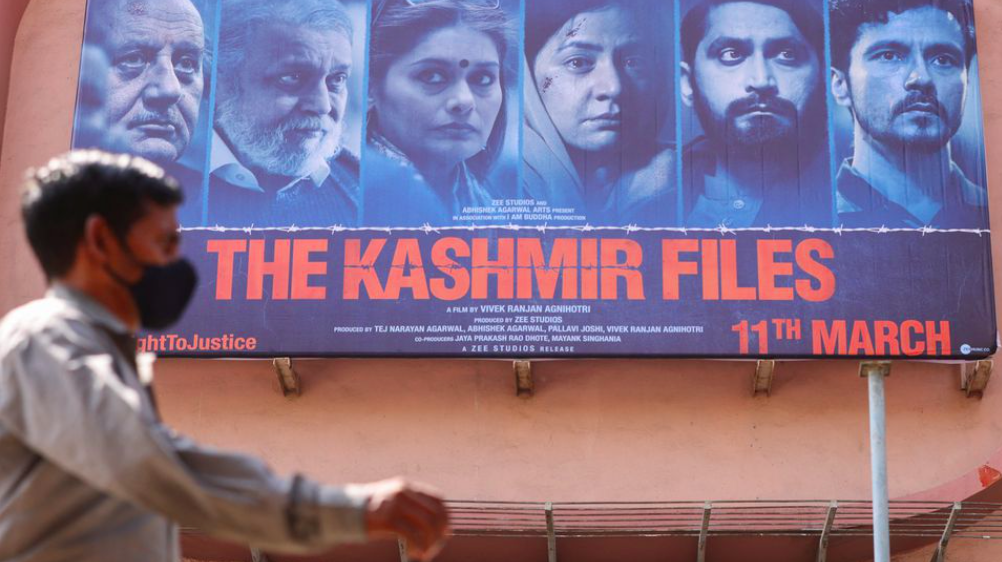 The troll armies may have retreated somewhat but we can be sure that questions still being asked among the commanders and legions of the Outrage Brigade about how it was that an ‘anti-Hindu’ and ‘anti-India’ filmmaker like Nadav Lapid was selected as chief of jury of the International Film Festival of India at Goa in the first place.

Of course, jury selection for the IFFI is done by the National Film Development Corporation – which comes under the Ministry of Information and Broadcasting – in association with the Goa government.

In the Hindutva imagination, all those born Jewish are thought to be Zionist nationalists after all, endemically averse to ‘Muslim’ causes or perceptions.

What was insufficiently understood is that, brutal as the Zionist occupation of Palestine continues to be, within Israel itself intellectual and artistic freedom remains alive, as do sections of a defiant media.

A student of philosophy, with a career-long exposure to the best of European cinema, Lapid’s movies have been characterised by a deep sense of complexity beyond what our polemical concerns often look for.

Politically, if at one level Lapid owns his cultural Jewishness with pride, on the other he has tended to be openly critical of the unjustified Zionist project with respect to Palestine.

He was one of 250 signatories to a document which opposed the establishment of a West Bank Fund, which the signatories saw as a calculated attempt to incorporate the artistic community to “whitewash the occupation”.

Is it any wonder then that he should have found The Kashmir Files to be “vulgar propaganda”, rather “inappropriate” for inclusion in an aesthetically sophisticated competitive film festival?

As it now transpires, three other international jurors have issued a statement concurring with what Lapid has said of the film. This statement confirms Lapid’s averment that “all of us were disturbed and shocked” by the film. The only juror not to associate with this finding is the sole Indian member of the five-person panel.

Not unexpectedly, the Israeli envoy to India felt politically obliged to express strong disapproval of Lapid’s position on The Kashmir Files; he was upset that some in India (actually, mostly from the Hindutva camp itself) were now questioning the accuracy of the Holocaust and its filmic depiction. Not unexpectedly, the ambassador has also received viciously anti-Semitic messages following Lapid’s statement.

He did not disclose the identity of those sending these hateful messages. But we do know that if a Jewish man – usually beloved of Hindutvavadis – is not forthrightly opposed to Kashmiri Muslims, then he is as much an enemy as they are.

After all, do recall how M.S. Golwalker had lauded the Nazis in We, Our Nationhood Defined for having raised “race pride” to its “peak” – a circumstance that could teach us in India a thing or two about how to deal with our own dominant minority.

Here is what we in “New India” may yet again learn from the episode:

Just as Nadav Lapid is not an uncritical Zionist-nationalist, along with many other Jewish citizens who live in the state of Israel, so also not all Hindus in India are Hindutvavadis, not all Muslims who live in India are Islamists, and nor are all Sikhs Khalistanis.

Indeed, an objective survey of our recent histories will tell us that it is Sikhs who stood up to Khalistani extremists, Muslims who continue to thwart the political-theocratic designs of Islamists, and perfectly devoted Hindus who counter the monochromatic-totalitarian Hindutva vision of India. 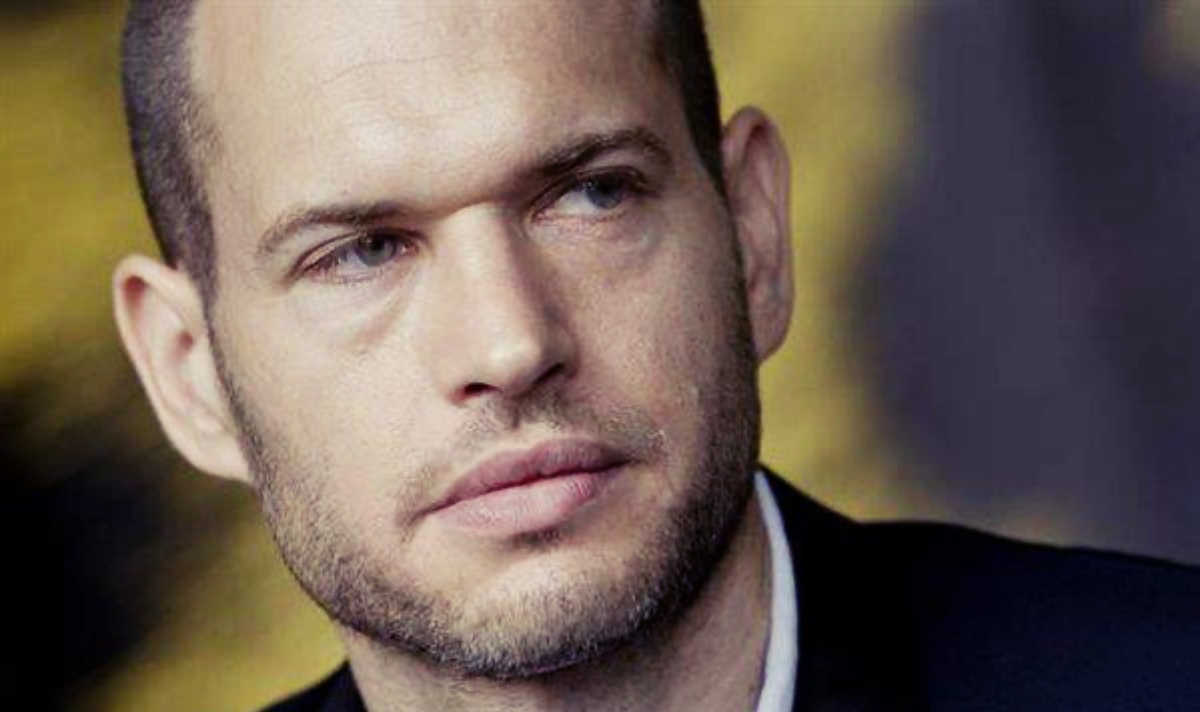 Lapid and three other members of the jury could see that the artistic merit of Kashmir Files was vitiated by a crude intent of the depictions to “whitewash” the complexity of factors that impinged on the gruesome killings in Kashmir of 1990, painting all Kashmiri Muslims with the “terrorist” brush.

Many conundrums that attended on the moment remained conspicuous by their absence.

There seems to be general consensus (although some mainstream Kashmiri politicians have refuted the veracity of this read, arguing that irregularities happened only at a few spots) that the controversial assembly elections of 1987 were a watershed moment of disillusionment for many young Muslims who had hoped for political change through the democratic process. And, that the moment was seized upon by forces inimical to the Indian republic to claim that change could be brought about only through the bullet rather than by the ballot.

Notable men like Yusuf Shah (later to emerge as the Hizb-ul-Mujahideen chief, Syed Salahuddin) and Yasin Malik, who had participated in the elections of 1987, turned armed militants with the full endorsement and support of Islamists and state agencies in Pakistan.

The new intent to cleanse Kashmir of pro-India elements, although primarily directed at Pandits, did not spare hordes of Muslims who had in years gone by made sacrifices to remain with India. The ruthless killing of some 59 protesting Muslims at Gaw Kadal on January 21, 1990 fuelled the violence several-fold, although many Pandit killings had preceded this watershed happening.

Also read: Nadav Lapid Reminds Us that ‘The Kashmir Files’ Is Not Just Propaganda But Crass Too

Neither the Union government in Delhi, supported by the BJP, nor the reputedly hard-nosed governor newly appointed to the state seemed to move the least muscle to prevent the mayhem or to protect the minority Pandits. Instead, it seemed that the honourable governor was not particularly keen to stop the exodus of Pandits.

Nor is it true that only Pandits exited the Valley; close to a hundred thousand Muslims did as well – those who feared that their property and lives could be on the sword’s edge too.

This writer met many of these oustees in a makeshift camp at Shahdara, Delhi, as their children were sent house to house to collect what provisions and donations they could, given that Muslim oustees did not enjoy “migrant” status.

It seems to be the case that most Muslims were too afraid to either voice their condemnation of the militant onslaught, or to volunteer to protect their Kashmiri Pandit neighbours; but it is also provenly true that after the exodus many Muslims continued to watch over those Pandits who chose to remain behind, looking after their needs – from the quotidian to weddings and cremations, many of these episodes frequently relayed by electronic channels when they had the freedom to do so.

Nor have Pandits ceased to visit places of worship in thousands, invariably welcomed by Muslims with felt attachment and courtesy.

Speaking of which, while episodes of the desecration of temples are often mentioned, without always any good substantiation, political Wahabi militants have made several attempts in the years from 1987 onwards to set fire to Sufi shrines. Most notably, the shrine of the most revered Sheikh Nooruddin at Chrar e Sharif came to be burnt down as a no-nonsense message to Kashmiri Muslims to fall in step with denominations who regard the worship of saints, the use of music as spiritual communion, non-discrimination vis a vis other religious sects and peoples as apostasy.

And yet, these shrines were rebuilt to the delight of Muslims and other Kashmiris whose humanist faith remained glued to the Sufi-Rishi tradition.

Indeed, any comprehensive account of the cultural complexity of the erstwhile region would take too long to be set down here in a column. But to mention just one: to this day, the fact of a common language between Kashmiri Muslims and Pandits binds their felt lives more closely than those between Muslims of the Jammu province and Muslims of the Valley, or between Pandits and Hindu Kashmiris of the Jammu region.

It is indeed tragic that young Pandits who were born after the exodus away from the Valley and perhaps never got to visit there have now all but lost this all-important cultural and emotional connect. 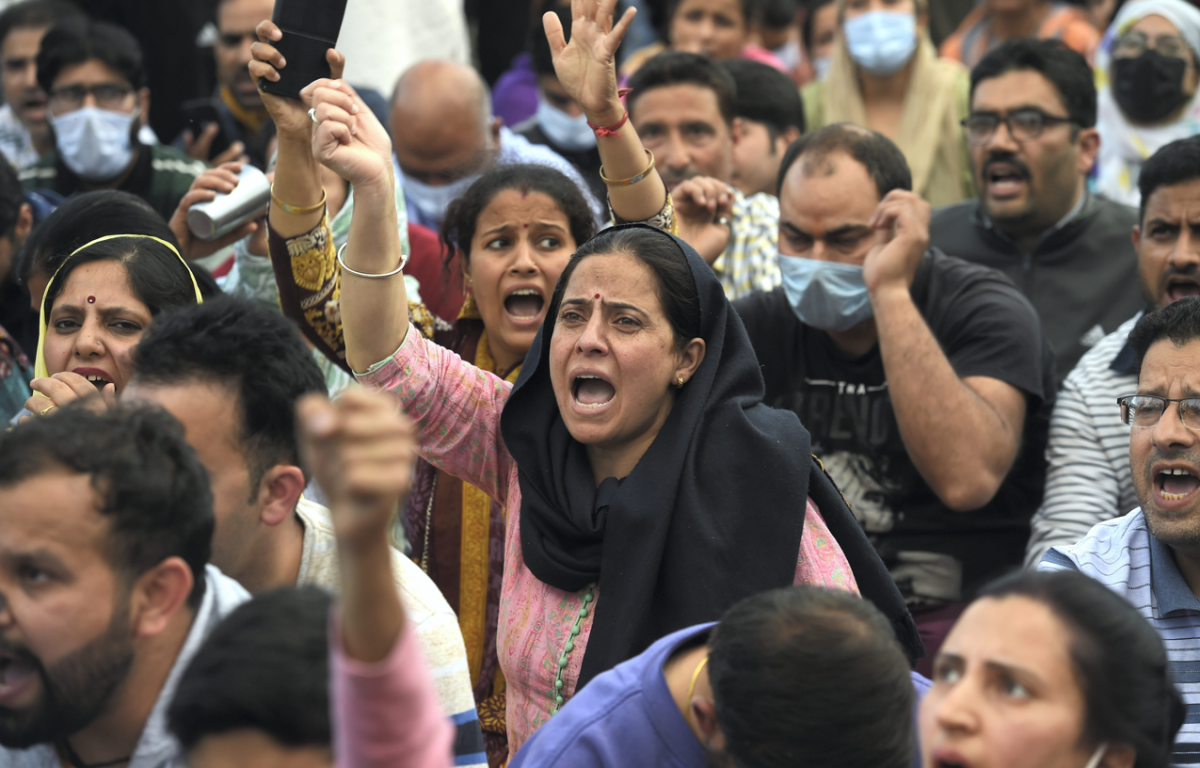 Given that these complex conundrums could not have been unknown to the jurors at the IFFI, is it to be wondered that they would have found The Kashmir Files to be the product of a shallow, sectarian imagination?

Think of Bhisham Sahni’s novel, Tamas, and Govind Nihalani’s film version of it, and one may comprehend what it takes to write a novel or make a movie of a historically riven and multi-dimensional experience.

Creative minds of integrity may not be easily swayed by claims that, in their half-truths, distort the fullness of any composite historical moment.

For example, Lapid may have wondered how to square the film’s account of genocide with the fact that some 8,000 Pandits who stayed back in 1990 (some 4,000 even after the Wandhama killings of Pandits in 1998), ironically have, if anything, only now felt the urgency to leave their homes and hearths after the much-impugned Article 370 has been scrapped – a nationalist-integrationist measure that was supposed to put paid to such goings-on?

All that being said, it is perhaps an idle hope that the polyphony that needs to be injected into the story of Kashmir under discussion can be accomplished by the bandying of words any more.

What would be of great value is if a movie-maker of Lapid’s calibre set himself or herself the task of researching the period with a fine tooth-comb, and produce another movie, answering with substance the polemics that have so poisoned inter-communal relations in Kashmir, and, indeed, in “New India”.