The victims' friends say the police accepted their complaint only after pressure built on social media. 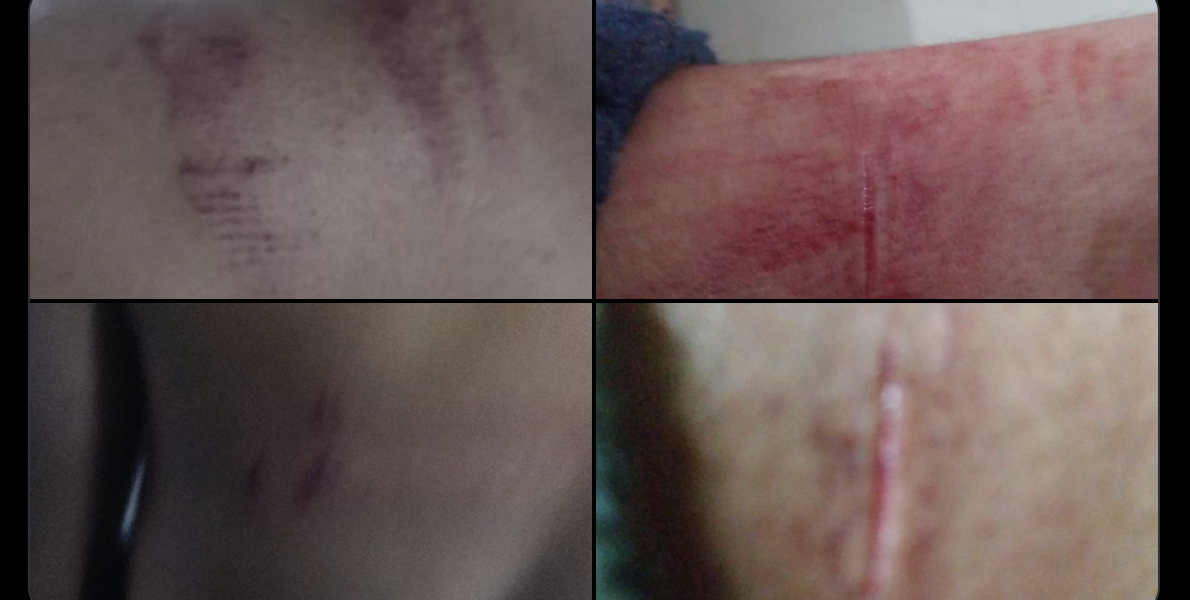 Photos of the Kashmiri students' injuries that were posted on social media.

Jalandhar: Two days after the crime, the Kharar Police in Mohali district on Wednesday began their investigation into the mob attack against three Kashmiri students in a housing society. The assailants are yet to be identified.

The incident came to light after images of injuries sustained by the three Kashmiri students went viral on social media.

A group of Kashmiris from the Valley were the first to post the pictures on Twitter, saying that a mob had targeted them for being Kashmiris. The Punjab Police replied on Twitter that they have taken note of the incident.

The attack reportedly took place on January 17 at 10:30 pm, when the three Kashmiri students, who do not wish to be named, were inside their flat. The students came to Kharar just 10 before this, to join their planned in-person classes at a private university in Mohali, but the campus closed again following a spike in COVID-19 cases. A large number of Kashmiri students study in major Punjabi cities, including the state capital Chandigarh.

Talking to The Wire, Sheikh Ahmad, a resident of Baramulla who was witness to the assault and whose apartment is nearby, said, “The three Kashmiri students hail from Budgam and Baramulla districts, and came to Prime City Society, Kharar where a large number of Kashmiri students stay. I was in my flat when suddenly a friend of the victims’ came rushing to my room, to say that a group of unidentified men and women had barged into their flat and were beating them.”

Ahmad said that hearing this, he ran out, only to see that there were around 25-30 people beating the young men with rods, belts and even some sharp-edged weapons. “The mob was shouting, ‘Tum Kashmiri sar par chade ho, tumhari akal thikane laga denge (You Kashmiris are thinking too much of yourselves, we will show you what is what).’ The boys sustained deep injuries and cuts, which shows that the mob was also equipped with either knives or some other sharp-edged weapon,” he said.

Ahmad said it was only due to the timely intervention of other Kashmiris in the housing society that the boys could be saved. “Soon after the crime, we went to Civil Hospital Kharar for medical care of the students and then went to Kharar Police station to register a complaint, but nobody listened. We went to Kharar Police station again on January 18 but the police made us wait throughout the day. They were taking our complaint casually. It was only after we posted the pictures of the injured students on Twitter on January 18 evening that the police finally accepted our written complaint,” he said.

Interestingly, while the students said that they had handed over a written complaint to the Kharar Police, deputy superintendent of police (DSP) Kharar-1 Bikramjit Singh Brar said that he did not receive any complaint.

However, DSP Brar while talking to The Wire said, “We have called the students and the opposite party, which includes society residents, to the police station today. As per the initial investigation, the allegation on the Kashmiri students was that they were playing loud music, which led to a fight. It is a routine matter of society fights but we are investigating.”

Nasir Khuehami, the national spokesperson of J&K Students’ Association, said that he spoke to chief minister Charanjit Singh Channi’s office and informed them about the unfortunate incident.

This is not the first such incident. In October 2020, several Kashmiri students were allegedly attacked in two private universities after Pakistan defeated India in ICC T-20 World Cup match.

Kashmiri students were assaulted at Bhai Gurdas Institute of Engineering and Technology in Sangrur district and Rayat Bahra University in Kharar in Punjab. Videos of the assault had gone viral on social media, inviting action from the Punjab Police.