The Bappanadu Durgaparameshwari temple, where one such incident took place, ironically bears a sign within the temple premises which calls the temple a “modern day testimony to communal harmony”. 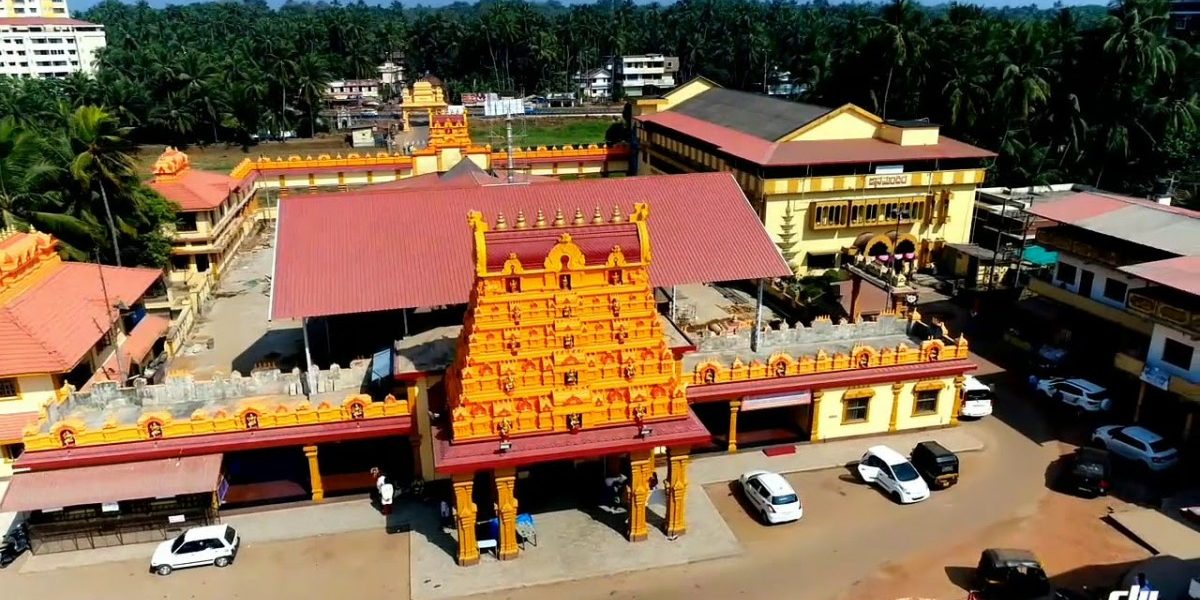 New Delhi: Following the Karnataka government’s declaration in the state assembly on Wednesday, March 23 that non-Hindus are not allowed to do business in and around temple premises, reports of Muslim traders being evicted from temple fares by Hindutva groups have continued to stream in.

One such report comes from the Bappanadu Durgaparameshwari temple near Mulki in the Dakshina Kannada district where a number of Muslim traders allege that they were asked to leave the premises by members of the Hindutva group, the Bajrang Dal, on Thursday, The News Minute reported.

According to the report, the Muslim traders were asked their names at the entrance and were promptly told to leave for being Muslim.

“We have gone to the Kumbh Mela. We have done business in Yogi’s (Adityanath) city. But we were never told to leave a place because we are Muslim. Today, for the first time, an objection was raised against us because of our religion alone,” The News Minute quoted one of the traders, Hamid, as saying.

In the days leading up to the fair at the Bappanadu temple, banners were seen around Mulki which warned of the fact that Muslim traders would not be allowed to sell their wares at the fair. The banners did not explicitly say ‘Muslims’, but described them as “those who kill the cows we worship” and “question the unity of this country”.

Fascists are maintaining the same pattern of social boycott of Muslims, Now the same banner requesting Hindu Community to boycott business with Muslims during Bappanadu Event was seen in Mulki streets. The banner also reads Muslims will not be allowed out stalls during the event pic.twitter.com/YOchZJv7jz

Many temples in Karnataka hold their Jathres (temple fares) between March and May and Muslim traders usually participate, opening stalls and selling their wares. However, this year, posters and flexes announcing the exclusion of Muslims were seen in Udupi as well as other parts of Dakshina Kannada earlier.

In the state assembly on Wednesday, two Congress MLAs had raised the issue of the exclusion of non-Hindus as well as these posters. State law minister J.C. Madhuswamy had then justified the move by citing the Section 31 (12) of the Hindu Religious Institutions and Charitable Endowments (HCRE) Act, 2002, which bars Muslims from doing business in temples.

What’s more, Madhuswamy had noted that a Congress government had been in power in the state in 2002, when the Act came into force. However, this is the first year the provisions of the law are being enforced to exclude Muslim traders.

Chief minister Basavaraj Bommai, too, distanced the Bharatiya Janata Party (BJP) government in the state from the issue, saying that the decision to sub-lease stalls for the temple fairs is purely a business decision for the lease-holders and thus, the government cannot intervene. He made no mention of the posters.

Also read: ‘No Business For Non-Hindus In And Around Temples’: Karnataka Govt Tells Assembly

Members of outfits like the Bajrang Dal, the Vishwa Hindu Parishad (VHP) and the Hindu Jagarana Vedike have noted that the decision this year comes in light of Muslim shop owners calling a ‘bandh’ earlier in March on the day the Karnataka high court upheld the government’s decision to ban hijabs in educational institutions.

Interestingly, the Bappanadu temple has long since been a symbol of communal unity in the region. The 800-year-old Bappanadu temple, reportedly built by Muslim merchant Bappa Beary of Kerala, was one of the only temples that would offer prasada to non-Hindus.

According to The News Minute report, a sign in the temple calls it a “modern day testimony to communal harmony”.

The report also notes that the temple authorities, while admitting that the posters should not have been put up, said that it could not take responsibility for posters put up outside the temple premises and that they had allotted stalls for Muslims, but that these Muslim traders themselves told authorities that they did not want to open the stalls.

The traders that the news organisation spoke to, however, claim that temple authorities informed them about pressure from Hindutva groups not to allow Muslims in the fair and returned their deposits for the stalls. Fearing a confrontation, many Muslim traders chose not to open stalls.

The incident at the Bappanadu temple comes after a similar one at the festival of the Hose Marigudi shrine in Udupi, which ended on March 23, where Muslims were not allowed to bid for stalls.

The same goes for the Kote Marikamba temple in Shimoga, where the festival began on March 22, and that of the  Mahalingeshwara temple in Dakshina Kannada, scheduled for April 20.