Two of them have criminal history in opposing inter-community relationships. 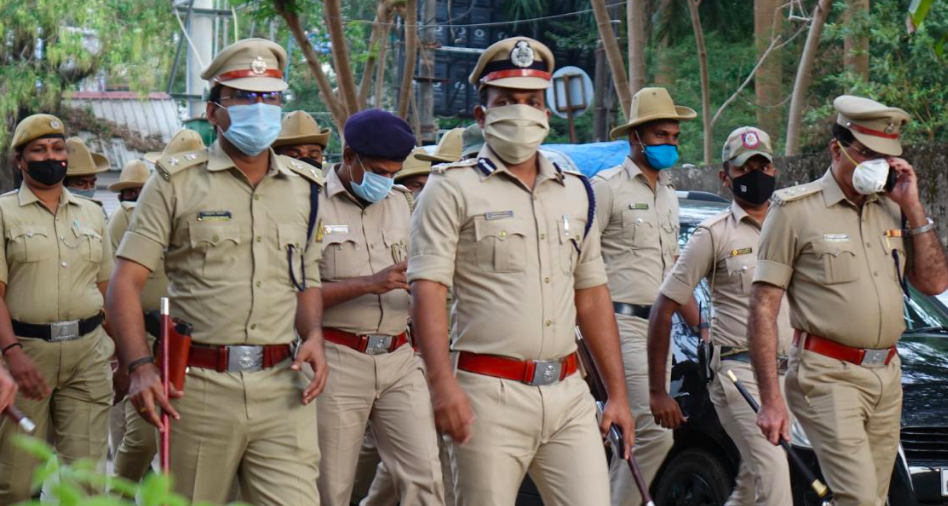 New Delhi: Four Karnataka members of the rightwing group Bajrang Dal were arrested for their involvement in beating and stabbing a man for travelling with a woman from another community.

A 23-year-old man, who was accompanying his friend of the same age from Mangaluru to Bengaluru, was recently pulled out of the bus they were in at Kankanady, beaten and subjected to a knife injury by the rightwing activists. The attack took place over the fact that the man and the woman belonged to different communities.

Indian Express has reported that these four arrests were made on Friday, April 2. Police had initially detained eight others in connection with the assault.

Based on the woman’s complaint, an attempt to murder case has been registered, police said. Section 153 A (promoting enmity among communities) of the Indian Penal Code has also been evoked.

Express has also reported on the complaint, which states that the man is a Muslim and the woman, a Hindu. Police told the news outlet that one of the four accused knew of the two friends and of their plan to travel to Bengaluru. The Mangaluru police commissioner had said on April 2 that the man had accompanied the woman because she was unfamiliar with the city and was going there to look for a job.

“They followed them and stopped the bus. We are investigating if others were involved in passing on information about the duo to the accused,” a police officer has told Express.

Two of the four Bajrang Dal men have criminal history in connection with similar cases where they have reacted to inter-community associations, police also said. One is on bail for an attempt to murder case.

Two of the four have been granted bail in connection with the Kankanady case.

Three to four such “moral policing” incidents have been reported in the last two months, the Mangaluru police commissioner had earlier said.

In February, 2021, Karnataka’s Bharatiya Janata Party chief Nalin Kumar Kateel told reporters that the B.S. Yediyurappa government is keen to introduce a “love jihad” law in the coming assembly session, in the footsteps of Uttar Pradesh and Madhya Pradesh.

Ostensibly meant to curb forced religious conversions, the law has been elsewhere used to ban consenting adults from entering into interfaith marriages and to give legal credo to the Sangh Parivar’s bogey of a conspiracy among Muslims to convert unsuspecting women through marriage.