His 'ultimatum' to the Delhi Police was not a threat of violence but an announcement of a dharna, the BJP leader has said. 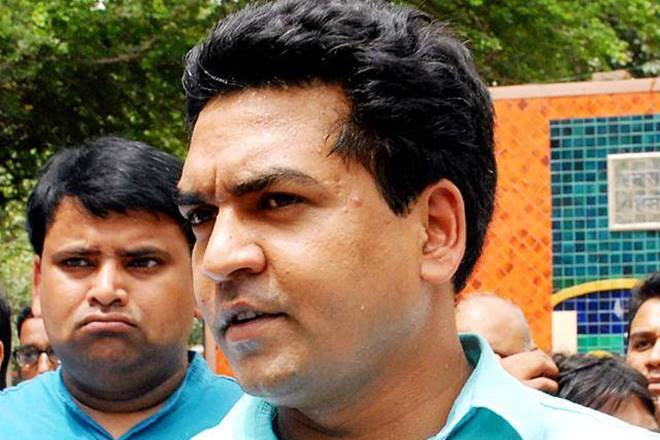 New Delhi: According to an Indian Express report on Tuesday, the Delhi Police in its chargesheet have said that they had questioned Bharatiya Janata Party leader Kapil Mishra in the last week of July in relation to the communal violence that broke out in North-East Delhi in February this year.

Many rights activists have said that Mishra’s speech was “hateful” and incited the violence that killed over 50 and injured at least 500 people. The violence, the worst that the capital city Delhi has witnessed since the 1984 Sikh massacre, had erupted after BJP leaders including Mishra made public statements against anti-Citizenship (Amendment) Act protesters.

Passed by the parliament in December 2019, the CAA makes religion the basis on which India will give citizenship to persecuted minorities from three countries – Pakistan, Afghanistan and Bangladesh. People of all religions except Islam can be the beneficiaries of this Act.

On February 23, before the riots had broken out, Mishra had called for the police to clear the anti-CAA protest site at Jafrabad, a neighbourhood in North-East Delhi, failing which he threatened to gather his supporters and clear the roads himself. More than 700 criminal cases were registered in the aftermath of the violence. Over the last months, the Delhi police have also filed multiple chargesheets. Mishra has not been named in any of the chargesheets.

The Delhi Minorities Commission, in its report on the Delhi violence, had said, “Delhi riots began with Kapil Mishra’s speech, yet no case [was filed] against him.” The report also said that the investigation into the Delhi riots case is discriminatory. It read, “…in most cases, charge-sheets have been filed by police first against Muslim accused and the entire narrative has been changed to one of violence on both sides rather than a pogrom that was in fact carried out.”

In his response to the Delhi Police, however, Mishra has denied these allegations. He claimed that he had gone to Maujpur to “resolve” the situation – and that he did not give a provocative speech. He also said that the comments made by him standing next to DCP North East Ved Prakash Surya, giving an “ultimatum” to the Delhi police to remove the anti-CAA protesters, actually meant that he intended on starting a dharna to counter the anti-CAA protests.

In a video tweeted by Mishra himself on February 23, a day before the riots broke out, he can be seen addressing a gathering of his supporters at Maujpur Chowk. In the address, he can be heard saying, “They (anti-CAA protesters) want to create trouble in Delhi. That’s why they have closed the roads. That’s why they have created a riot-like situation here. We have not pelted stones. The DCP is standing in front of us and on your behalf, I want to tell him that till the US President (Donald Trump) is in India, we are leaving the area peacefully. After that, we won’t listen to you (police) if the roads are not vacated by then…we will have to take to the streets.”

Along with the video, Mishra had written, “Three days ultimatum to Delhi Police — get the Jafrabad and Chand Bagh road(s) cleared, else don’t counsel us, we will not even listen to you, just three days.”

Mishra’s response to the Delhi Police, when questioned about his speech was, “Hum vinti kar rahe the [We had requested the DCP]” to clear the anti-CAA protest sites in nearby Jafrabad and Chand Bagh area within three days, failing which he would sit on a “dharna”. Further, he also told the Delhi police that it was due to the anti-CAA protests that locals were unable to sit at their shops, children were unable to go to their schools and ambulances unable to access patients in the area for the past few months.

“Muslim logon ne wahan darr aur aatank ka maahol bana kar rakha tha [Muslims had created a sense of fear and terror in those areas],” he said. He said that he had gone to Maujpur Chowk because he had been receiving complaints from local people about these issues. Announcing his plan to visit Maujpur Chowk the same day at about 1:30 pm, Mishra had tweeted, “At 3 o’clock today, we will gather opposite Jafrabad at the Maujpur Chowk in response to the Jafrabad (protest) and in support of CAA. You are all welcome.”

Mishra repeatedly denied that he gave a speech and said that he was only telling the police to “Clear the roads within three days.” Describing his personal observation after his visit after being asked about it by the Delhi police, he said, “Upon reaching, I was informed that stone pelting had already started around 2.45 pm and people were also running in front of me, informing me that a mob was doing stone pelting. I had spoken with DCP Surya before reaching around 3-3.30 pm.” Mishra had reportedly joined the investigation on July 28.

It is important to note that the said video had featured multiple times on the “Kattar Hindut Ekta WhatsApp group” – a group made to mobilise crowds, identify Muslims, stay updated about the situation in their neighbourhoods, share ammunition and pump up morale. A chargesheet filed in the case identified 11 members of the WhatsApp group, nine of whom had been arrested in July.

The caption along with the video read: “Kapil Mishra ki iss video ko sunein, samjhein, aur bahut mehnat karke poore Hindustan me bhejein kyun ki ye bahut sahi hai hundred percent desh hith me hai, itna toh kar hi sakte hain mere dost (Listen to Kapil Mishra on this video, understand it and make the effort to send it across India because it is in favour of the nation. Friends, you can do this much at least).”