BJP's Kapil Mishra Has Issued an 'Ultimatum' to the Delhi Police. But Who Is He?

Mishra was a member of the AAP since its inception, but fell out with the party leadership in 2017. 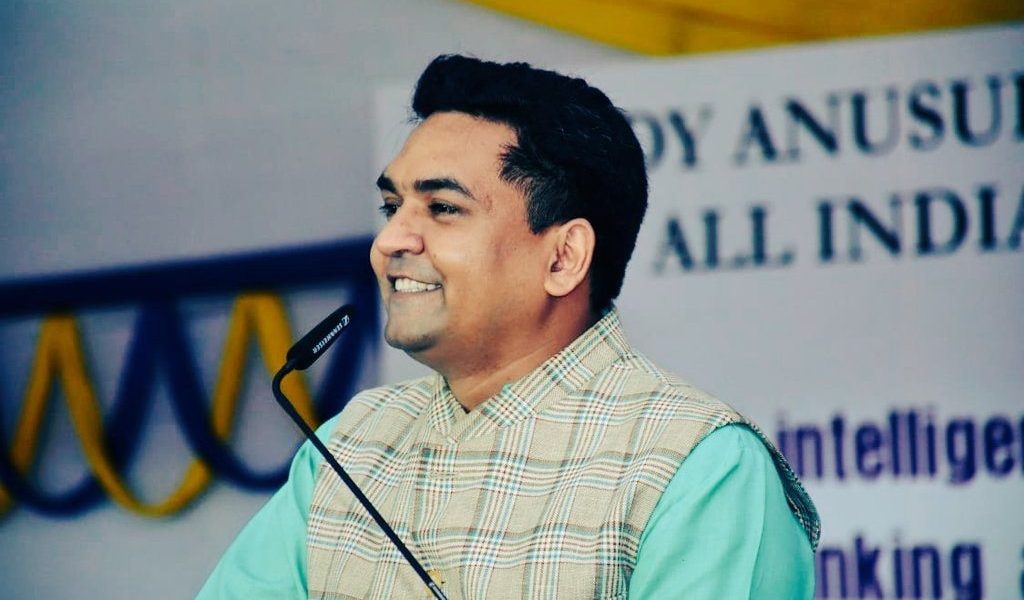 Soon after, violence broke out between supporters and critics of the new law. Stone pelting reportedly took place from both sides and some vehicles were also damaged.

Mishra also tweeted a video in which he spoke about abstaining from more protests during US President Donald Trump’s visit. “They (the protesters) want to create trouble in Delhi. That’s why they have closed the roads. That’s why they have created a riot-like situation here. We have not pelted any stones. Till the US president is in India, we are leaving the area peacefully. After that we won’t listen to you (police) if the roads are not vacated,” he was heard saying.

This isn’t the first time the former MLA has made communal remarks laced with threats of violence. But who is Mishra, what is his political past and what explains his rise?

For Mishra, this is not the first time that he has been involved in such a controversy. Here is a look at his past, political leanings and present day politics.

Son of former BJP mayor in the Municipal Corporation of Delhi Annapurna, 39-year-old Mishra became active in politics at a young age. He helped his mother in her political activities in Karawal Nagar.

His father, Rameshwar Mishra “Pankaj”, is a former socialist leader, thinker and author.

Having studied at the Delhi School of Social Work, Mishra was initially a policy campaigner. He worked with Amnesty International and Greenpeace on public policy and then co-founded an organisation named ‘Youth for Justice’. He was also one of those who criticised the way the Commonwealth Games 2010 were conducted and raised questions around environmental issues and violations of labour laws.

It was his association with the India Against Corruption movement that brought Mishra close to Arvind Kejriwal. He was associated with the Aam Aadmi Party from its inception in 2012.

In the 2013 Delhi assembly elections, Mishra contested the polls from Karawal as an AAP candidate but lost to Mohan Singh Bisht of the BJP by a little over 3,000 votes. However, in the 2015 assembly polls, he won the seat by over 44,000 votes.

Kejriwal then made him a minister in his government. Mishra got several important portfolios such as water, tourism, gurdwara elections and art, culture and languages. As a minister, Mishra also prepared a report on the water tanker scam in which he indicted former Delhi chief minister Sheila Dikshit.

However, just two years later, he fell out with the AAP leadership. He was removed as minister. He then alleged that he had seen Delhi health minister Satyendra Jain make an illegal payment of Rs 2 crore in cash to Kejriwal. On May 6, 2017, his primary membership of the party was suspended. The charge was never proved and the Delhi Lokayukta dropped Kejriwal’s name from the case. The Central Bureau of Investigation also did not find any merit in Mishra’s allegations.

Later that month, on May 31, 2017, Mishra claimed that he was attacked by AAP MLAs inside the Delhi assembly.

Thereafter Mishra grew closer to the BJP. He repeatedly attacked AAP leaders and even campaigned against the party candidates in the 2019 Lok Sabha elections.

In the Delhi assembly, AAP MLA Saurabh Bharadwaj initiated proceedings against Mishra of defection and anti-party activities. The speaker, Ram Niwas Goel, after the necessary proceedings, disqualified him as an MLA on August 2, 2019. The same month, Mishra formally joined the BJP.

He then contested the Delhi assembly election from Model Town, but lost to sitting AAP MLA Akhilesh Pati Tripathi by over 11,000 votes.

During the course of the election campaign, Mishra made a number of communal remarks.

On January 24, 2020, he equated the Delhi assembly polls to an `India versus Pakistan contest’. He issued a number of tweets directed at the anti-CAA protest at Shaheen Bagh.

One of them read: “India vs Pakistan 8th February Delhi. There will a contest on Delhi Roads between India and Pakistan on February 8”. Another noted: “Pakistan has already entered Shaheen Bagh and small pockets of Pakistan are being created in Delhi”.

The Election Commission first ordered the removal of the tweet. It held that these tweets were “a violation of the Model Code of Conduct and the Representation of the People Act”.

The poll panel also issued a show-cause notice to Mishra and on not getting a satisfactory reply barred him from campaigning for 48 hours.