Before the session began for the day, BJP MLAs sat on the stairs at the entrance of the assembly chanting the Hanuman Chalisa and 'Hare Rama' slogans, and holding placards. 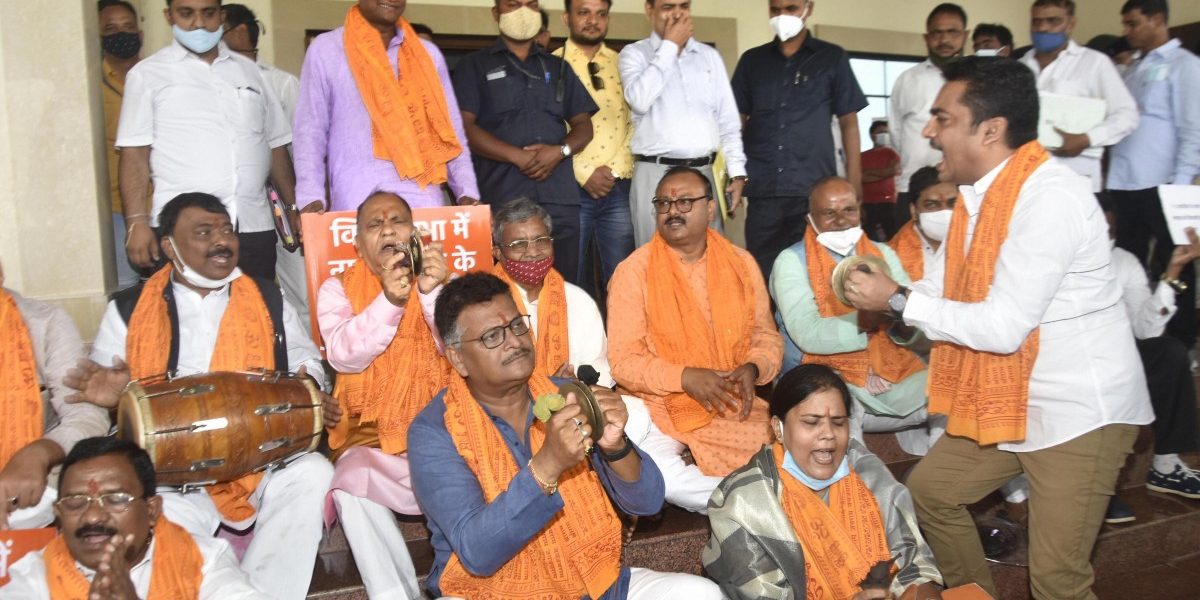 Ranchi: Ruckus by the opposition BJP over allotment of a room for offering namaz in Jharkhand assembly disrupted proceedings on Monday.

Before the session began for the day, BJP MLAs sat on the stairs at the entrance of the assembly chanting Hanuman Chalisa and ‘Hare Rama’ with placards.

As soon as the proceedings for the day began, the BJP members trooped into the Well chanting ‘Jai Shri Ram’.

They were demanding the recall of the order pertaining to allotment of the namaz room.

However, as the ruckus continued, the speaker adjourned the House till 12.45 pm. The BJP workers on Sunday had burnt the effigies of Chief Minister Hemant Soren and the speaker during protests across the state against the decision.

The speaker has allotted room number TW 348 for offering namaz, prompting demand from the BJP to build a Hanuman temple and places of worship of other religions in the assembly premises.