Vinod Sharma and Deepak Singh have made it to no fewer than four reports on The Wire which have detailed the display of communal hatred and violent speech. 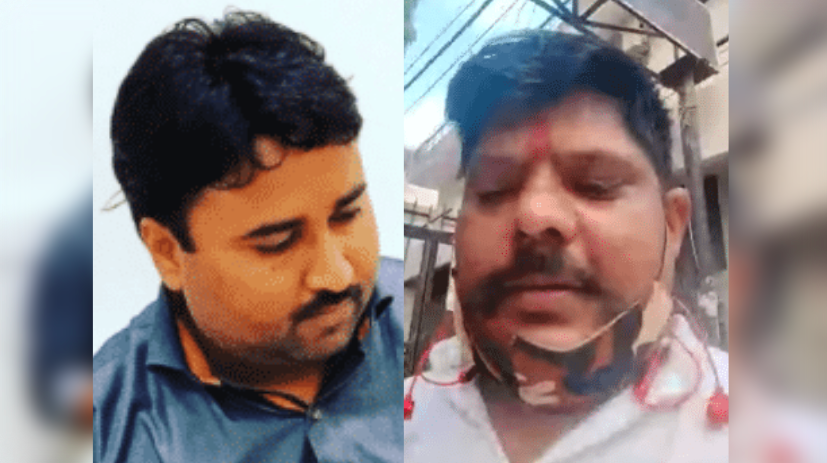 New Delhi: Following outrage that the FIR it filed was against “unknown persons” even though the people who had raised anti-Muslim slogans at Delhi’s Jantar Mantar were visible on video, the police moved to arrest BJP leader Ashwini Upadhyay and five other individuals – Deepak Yadav, Deepak Singh, Deepak Kumar, Vinod Sharma and Vinit Bajpai.

Two of these names are repeat offenders when it comes to communal sloganeering and rabble rousing at key political moments. Both Vinod Sharma and Deepak Singh have made it to at least four news reports in The Wire which have detailed the public display of communal hatred and violent speech.

The BJP often attempts to indicate that anyone espousing a violent Hindutva line is part of the fringe and not the main party. However, both Sharma and Singh’s visible connection with Upadhyaya shakes this claim.

A June 28 report by Alishan Jafri on the right-wing Hindutva eco-system that is aiming to render Muslim fruit vendors out of business, had several paragraphs devoted to Vinod Sharma’s method of functioning.

Sharma had been present at a protest in Uttam Nagar on June 20 this year where, unidentified men were captured on live video as having said that they had driven out Muslim vendors from the area.

This video was live-streamed by Sharma himself.

Sharma had also joined Chavhanke’s protest at India Gate in March 2020, calling for the economic boycott of Muslims.

“We want to support all Hindu brothers who want to get into the business of fruit-selling, hairdressing or tyre fixing. Everyone knows the problem, we are working on the solution. Suppose we tell you, don’t get a haircut from ‘them’ [Muslims] then we have to give options… if we want to remove ‘them’ from these businesses then we need to have our own men,” Sharma had said in a viral video shot at the India Gate protest.

Deepak Singh – who is a founder of the extremist ‘Hindu Force’ and calls himself ‘Deepak Singh Hindu’ – figures in two of The Wire‘s reports tracing the origins of the Delhi riots of February 2020. He was recently present in an effort to instigate violence at the peaceful and persistent farmers’ protest at the Singhu border.

In Jafri’s piece on who exactly attempted to violently stem the farmers’ protest on January 28 this year, Deepak Singh features thanks to his own video evidence.

“Our issue is that we watch like cowards when these traitors create ruckus. I will reach there in 30 minutes. Today nationalists have to unite too. Delhi is sitting on a mountain of explosives; they can vitiate the atmosphere anytime like they did during the February riots last year. Today if we do not suppress this spark of treason then it will burn our city,” Singh says in a video shot in a car.

Like Vinod Sharma, Singh too was spotted as a presence at Ragini Tiwari’s side earlier. He was seen at a protest against “land jihad” – a right-wing claim on Muslims occupying land illegally, which has no legal or evidentiary backing.

“His social media and Facebook is filled with violent messages and campaigns against the Muslim community and now Sikhs,” Jafri’s report had noted.

But his display at Jantar Mantar and the farmers’ protest appear tame compared to the open violence Singh called for before the 2020 riots in northeast Delhi.

Alishan Jafri, Shehlat Maknoon Wani and Siddharth Varadarajan wrote in their report on the evidence the Delhi Police had ignored on the Delhi riots, that at a crucial time before any violence had started, Singh took to Facebook to mobilise anti-Muslim crowds.

“I am fighting this war alone but today I need your participation in this religious war. The whole of Delhi is being turned into Shaheen Bagh…Please come to Maujpur Chowk at 2:30 Pm because if Deepak Singh Hindu  goes there alone, it will be a moment for you to die of shame.  My appeal to you is that you  reach Maujpur Chowk in large numbers…I will reach there with my supporters. However, if I get your support, my strength will multiply a thousand times.”

The purpose of the video was to mobilise as many people as possible to Maujpur right when BJP leader Kapil Mishra would be present there. 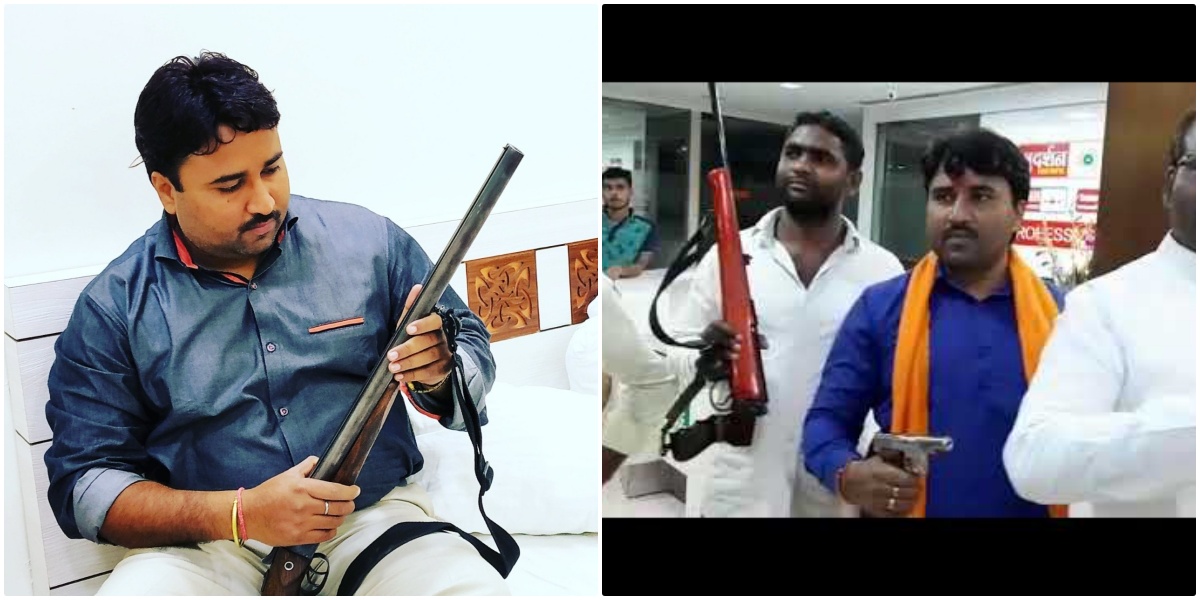 Even on January 23, 2020, a whole month before there was any roadblock at the Jafrabad metro station – a roadblock which Delhi Police credits with triggering the riots – Singh had warned of the violence he was planning to unleash on peaceful protesters:

“I am someone who has gone alone to Shaheen Bagh, JNU and Jamia and roared amidst crowds of thousands…You are not patriots, you swine. You are only traitors, traitors, traitors, and traitors will be beaten with shoes, I am telling you this in writing and this is what will happen.”

Jafri’s report on Yati Narsinghanand’s militant espousal of Hindutva also accords pride of place to Deepak Singh. Narsinghanand has, since The Wire cast the media spotlight on him, gone on to acts of communalism that have made it to big media as well.

Singh was one of the most easily recognisable panelists at Narsinghanand’s April 1, 2021 Press Club meet, in which the latter abused Islam and its prophet. A video of this had gone viral.