Nobody has been arrested for the attack yet. 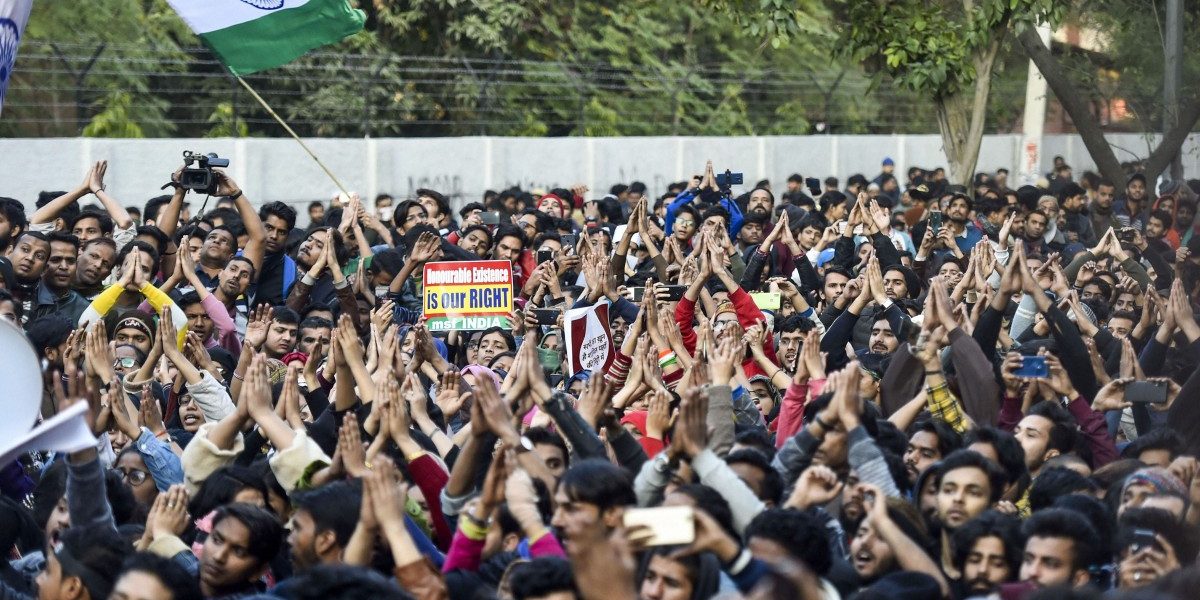 New Delhi: Two men opened fire outside Gate No 5 of Jamia Millia Islamia on Sunday night, in the third incident of firing at anti-Citizenship (Amendment) Act protestors in four days.

A statement issued by the Jamia Coordination Committee, a group comprising students and alumni of the university formed to protest against the Act, said the attackers were on a red scooty.

No one was injured in the attack. One of the shooters was wearing a red jacket, the statement said.

“Firing has taken place at Gate No.5 of Jamia Millia Islamia right now by two unidentified persons. As per report, one of them was wearing a red jacket and driving a red scooty having vehicle no. 1532 or 1534,” the statement said.

Security guards at Jamia have corroborated the students’ version of events, though there are differing reports on where exactly the shooting took place.

Police said they were verifying the JCC’s claims. “Statements have been recorded. On their basis, an FIR has been registered. A team is going to the spot, it will collect CCTV footage from Gate No.5 and 7. Further details which come out, will be included (in FIR). Action will be taken,” senior police officer Jagdish Yadav told NDTV. According to Hindustan Times, police found empty bullet shells outside the university.

Also read: How a Red Bottle was Used to Question Jamia Student’s Injuries After the Shooting

“We heard the gunshot. That is when we stepped out to see and the two men left on a scooty,” a student said. “We have taken down the vehicle number and called police.

Shezad Ahmed, a Jamia student and resident of Zakir Nagar, said they were not even allowed to protest peacefully. “We are not going to be deterred by such incidents. We will continue with our protest,” he added.

Hundreds of students and locals gathered outside the university after the shooting on Sunday night. Many raised slogans against the Delhi Police. They also staged a dharna outside the Jamia Nagar police station.

This is the third firing incident in the Jamia Nagar area in a week.

On Thursday, a man who is reportedly a minor fired at anti-CAA protestors outside Jamia while they were marching towards the Rajghat, injuring a student. Two days later, a 25-year-old named Kapil Sharma fired two rounds in the air in Shaheen Bagh in Jamia Nagar. No one was hurt in the incident.

The role of the police in stopping the violence has been questioned in all these cases. Bharatiya Janata Party leaders have been openly instigating violence against anti-CAA protestors and also demonising them. Union minister Anurag Thakur, for instance, led a crowd to chant “Desh ke gaddaron ko, goli maaron saalon ko (Shoot the traitors)”