Ashok Lahoty warned that anyone opposing this decision “should go to Pakistan”. 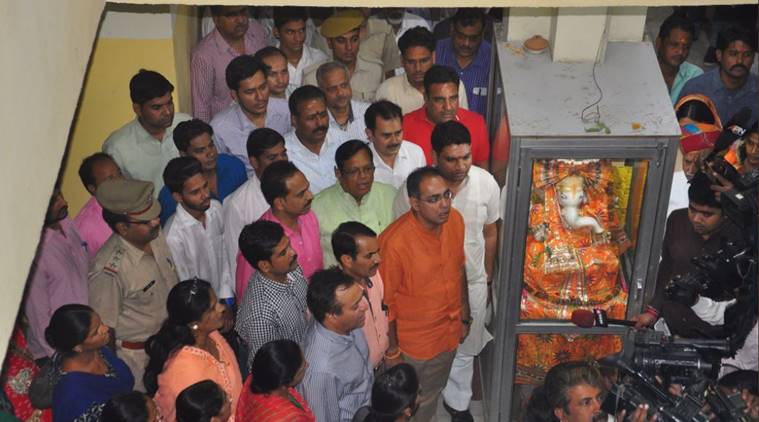 New Delhi: The national anthem and the national song continue to stir up controversy. Adding to the long list of fiats rendering the singing of the national anthem compulsory in institutions and all kinds of public spaces, the Jaipur Municipal Corporation (JMC) has now ordered all its employees to sing the national anthem every morning and Vande Mataram every evening. Not just that, Jaipur’s mayor Ashok Lahoty on Tuesday also appeared to hold out a veiled threat, saying that anyone opposing this decision “should go to Pakistan”, reported the Indian Express.

A written order, signed by the civic body’s additional commissioner Har Sahay Meena, said the decision was taken to instil a sense of “patriotism and love for country”, “maintain discipline” and ensure a “positive work environment”.

The order mandates employees to sing the national anthem  at 9:50 am and Vande Mataram at 5:55 pm every day. Attendance will be strictly monitored, with the biometric attendance system not accepting any more entries, after the rendition of the national anthem is over, said a report in  India Today.

The order was implemented at the JMC headquarters on Tuesday. The zonal offices and fire stations are expected to soon follow the drill.

“There was no immediate reason or cause to take this initiative. At the institution where we work, we should begin our day with positive energy. In any government office, there cannot be a bigger positive sense or positive energy than the national anthem,” Lahoty told the Indian Express.

“Apart from patriotism and love for country, it will also develop work culture, ensuring that everyone goes to work with positive energy. It will increase collectivity and discipline; another aim is to make people come to office on time,” he added.

As for Vande Mataram in the evening, Lahoty said, “A person returns home with work fatigue, (but) he should leave office temperament in office itself… They should go home with positive energy from singing the national song and give quality time to people at home.”

State Congress vice-president Archana Sharma told the Indian Express that the party supported the move, but criticised Lahoty over his reference to Pakistan. “When the national anthem started Tuesday morning, our party members were present. But the mayor still said that those who oppose the move should go to Pakistan. This makes it clear that even without any opposition to the initiative, he wants to add his name to the list of BJP leaders who are competing with each other to display their patriotism,” she said.

This order adds to the ongoing debate on playing the national anthem in cinema halls. The Supreme Court, after an unusually long hearing on an application to recall its November 2016 order forcing movie-goers to stand up for the national anthem before the start of every film, decided on October 23 this year to let the government decide whether any dilution is needed.

The government argued that India is a diverse country and the national anthem can be a unifying force.