The two organisations were named in the second FIR on the violence, for organising a procession without permission. 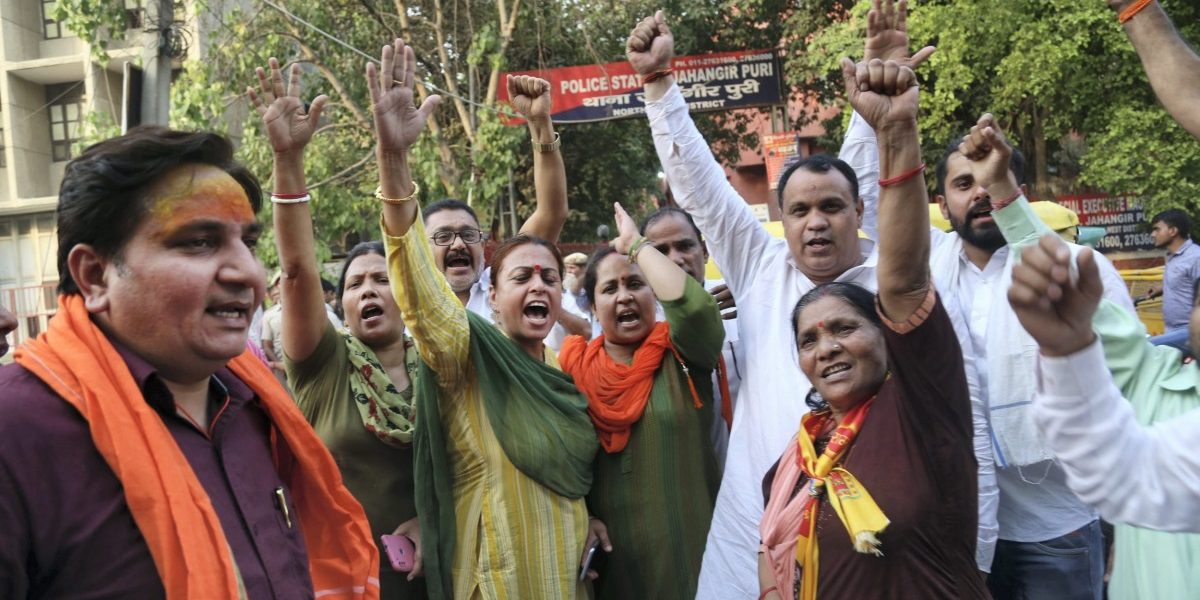 New Delhi: Very soon after the Delhi Police publicly linked the Vishwa Hindu Parishad and Bajrang Dal with the communal violence in north Delhi’s Jahangirpuri, the police on Monday retracted this statement and reissued it without any mention of the Sangh parivar outfits.

The Delhi Police registered an FIR on Monday against the organisers of a Hanuman Jayanti procession in Jahangirpuri, for taking out the rally without permission. This was the second case registered regarding Saturday’s violence.

Deputy Commissioner of Police (DCP) of Northwest Delhi Usha Rangnani said the FIR was registered under IPC Section 188 (disobedience to order duly promulgated by public servant) against the organisers of the rally on Saturday evening, and one of them has joined the investigation.

She said that two other processions taken out in the morning and afternoon on Saturday had due permission.

Earlier, the DCP had sent an official message, saying that a case was registered against members of the Vishva Hindu Parishad and the Bajrang Dal for taking out a religious procession without permission. It also stated that local VHP leader Prem Sharma was arrested.

However, the statement was later withdrawn by the police, citing that offence under IPC Section 188 is bailable and the person who had joined the investigation was let off after questioning. The revised statement issued by the police also did not name the VHP and the Bajrang Dal.

Soon after the second FIR was filed, the VHP had said it would go to court against the “framing” of its workers.  “We never organise any rally without permission. This time too, we got permission from the Delhi Police. Someone should ask them why they made security arrangements for our shobha yatra if we did not have permission…” VHP spokesperson Vinod Bansal said, according to the Indian Express.

The Hindu right organisation went as far as to threaten a “battle” if the police took action against members.

Eight police personnel and a local were injured in stone-pelting and arson after violence broke out in Jahangirpuri during a Hanuman Jayanti procession on Saturday evening. Some vehicles were also torched.