Inside the Minds of Internet Trolls: A Psychological Analysis

Trolls are characterised by the ‘Dark Tetrad’ of personality traits, including psychopathy, Machiavellianism, Narcissism and sadism. 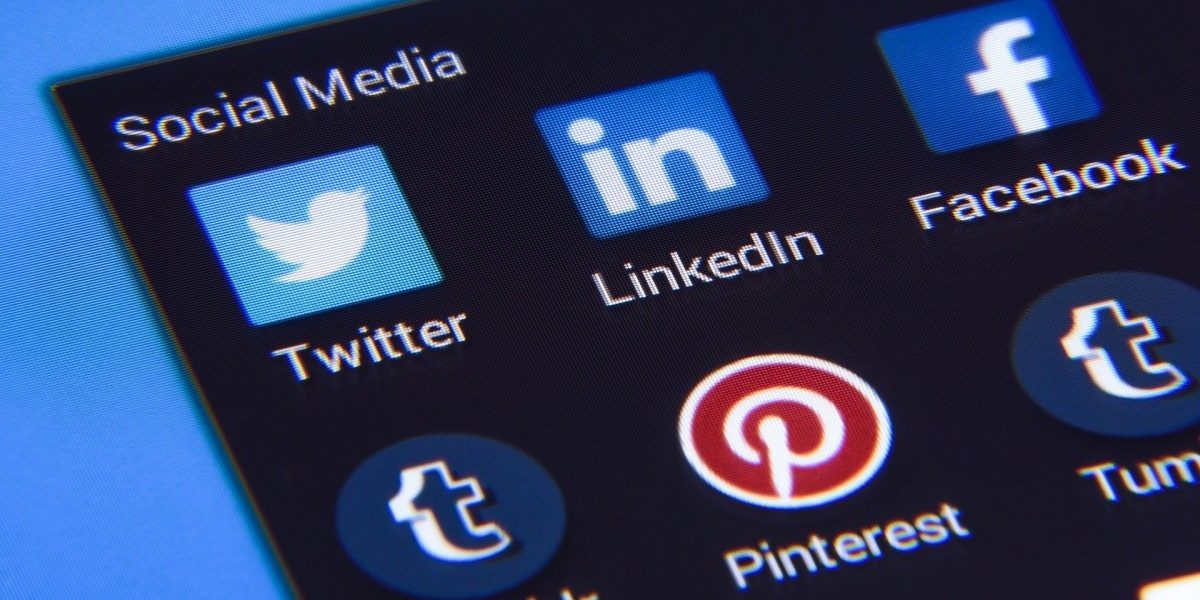 In internet parlance, a troll is generally defined as a person who posts abusive, insulting, inflammatory, extraneous, off-topic or digressive messages in an online community.

In this article, I present a psychological analysis of trolls in the current Indian context. An analysis of a very large number of trolls reveals that, contrary to a benign belief, their purpose is not amusement, annoying others, drawing attention, or to disrupt a discussion by a foolish contradiction of common knowledge; rather they are driven by motives that are nothing but sinister.

Trolling, for them, is also a way of demonstrating their numerical strength and thus constitutes an indirect threat that they will prevail by sheer numbers, if not by merit.

That is why the conventional wisdom of not feeding the trolls by simply ignoring them or not responding to them does little to them. Isolated trolls could be ignored, not thousands of them. Moreover, since many of them contain implicit or explicit threats of violence and sexual violence, some of them might need to be reported to the police also.

Many trolls in India are actually dangerously depraved people because their viciousness is agenda-driven. Whatever they write, they write deliberately, not on impulse, and this puts more purpose into it.

For them the online virtual world is just an extension of the real world where they do horrible things. Dr. Jennifer Golbeck of the University of Maryland writes that trolling is linked with the ‘Dark Tetrad’ of personality traits.

The ‘Dark Triad’ of personality traits is characterised by psychopathy (continuous anti-social behaviour, impulsivity, selfishness, callous and unemotional traits and remorselessness), Machiavellianism (manipulation and exploitation of others, an absence of morality, unemotional callousness, and a higher level of self-interest) and Narcissism (by grandiosity, pride, egotism, and a lack of empathy).

Adding sadism (cruel or demeaning behaviour to others, or intentionally inflicts physical, sexual, or psychological pain or suffering on others in order to assert power and dominance or for pleasure and enjoyment) makes up the ‘Dark Tetrad’.

In the early years of online forums, posting insults and profanity was called flaming and its more aggravated form was called “shitposting”. Then there was “hit-and-run posting” where someone posted something offensive and then disappeared.

We also had online shaming and cyberbullying in which targets were publicly humiliated or harassed. It would be a serious mistake to think that trolling of the kind we encounter in India is a virulent form of self-righteousness, as some people believe—they have obviously not seen the muck here.

Trolling in India is much more than all of these combined because trolls do not leave any doubt that they hate their targets so much that they would like to do horrible things to them and their ilk. Anonymity on the internet leads to the online toxic disinhibition effect, which makes the darker side of their personality burst forth easily because of pack mentality.

In his article ‘How the internet created an age of rage’, Tim Adams cites Tom Postmes, professor of social and organisational psychology at the universities of Exeter and Groningen.

Postmes says, “Trolls aspire to violence, to the level of trouble they can cause in an environment. They want it to kick off. They want to promote antipathetic emotions of disgust and outrage, which morbidly gives them a sense of pleasure.”

Broad types of trolls and their techniques

My analysis of a very large number of trolls reveals the following broad types of trolls and techniques they use.

Such trolls are directed against the person rather than the argument he or she is giving because they cannot counter them on merit. Hence, they try to find or fabricate something negative about the person, totally unrelated to the matter at hand.

Even if a Nobel laureate were arguing something, the trolls would say that he got the Nobel Prize for holding anti-India and anti-Hindu views or that he was accused of financial bungling in some university. Trolls, of course, do not require any proof for any allegation under the sun!

In the case of female targets, ad hominem attacks quickly assume the form of character assassination that covers everything from their bodies to their personal lives. Trolls often reserve their most obnoxious vitriol for women journalists and writers.

All that those women have achieved in their lives by the dint of sheer hard work and intellect is maliciously attributed to their having exploited their femininity with obvious hints. A very common epithet for any woman holding views at variance with the majoritarian narrative is ‘jihadin’ (a woman jihadi).

A favourite ploy of trolls is summary dismissal of the target to avoid any argument — who is he; he might have published papers in foreign journals, we do not care; why should we believe him; we do not need any certificate from anybody; and so on.

Trolls’ poor educational and intellectual level is often evident from the mistakes in the language they use. They have therefore a natural antipathy to logic, knowledge and education, usually a result of their inferiority complex.

Call it misogyny or whatever; educated and ‘successful’ women in particular give them a huge inferiority complex. This finds expression in numerous ways.

A usual refrain is that keep your knowledge to yourself, we the majority do not need it. Second, that while you may be a qualified individual, you are not an expert in such-and-such field. In other words, they expect the target to have a PhD in every field he comments upon or else he is disqualified from making comments; the trolls on the other hand, being poorly educated, have the right to comment on everything.

Third, that it is the misfortune of this country that one who is ‘educated’ starts criticising the country’s history, culture, and, of course, its political policies; thereby implying that only the views of the semi-literate majority matter and not yours—they are the ‘real people’ while the ‘educated’ people are phoney.

Used pejoratively, branding is a form of summary dismissal. These days a battery of labels is available to choose from — leftist, liberal, ‘sickular’, ‘libtard’, ‘librandu’, urban naxal, jihadi, anti-national, ‘Paki pimp’, ISI agent, on ‘payroll of terrorists’, and the interesting description of being a ‘jihadi working for China’, etc.

For trolls, you must be wrong because they have called you by one of these epithets and they need not explain further. Implicit in such labelling is casting aspersion on the target’s loyalty to the nation. A common refrain is to hurl insult that the target ‘survives on the scraps of India’ and yet he is so ungrateful that he criticises someone who, for the trolls, is a living embodiment of the very idea of India. The fact that everyone toils to earn a living and has equal rights in the nation is simply banished.

If, for some reason, a target could not be called an outright anti-national, he could still be derided as one having no genuine concern for the nation or its problems — that his real motive is to discredit some popular leader. They also try to compare the incomparable. If a target questions the failure of the government in something, they ask in turn what you have done for the society.

This is too well known to merit much description. Recently, there was a call for genocide of a particular community by a woman in connection with the alleged spreading of COVID-19 — eventually her twitter account was suspended. Speaking of insensitivity, it has become common to ridicule even a misfortune like poverty — you must have come across references to people of a particular community having cycle-puncture repair shops.

Bigotry has reached such levels that a woman of another religion was trolled for having quoted a line of a saint like Bulle Shah in connection with her playing Holi.

You could prove someone’s malevolence beyond doubt, may be get him convicted for some crime through a court of law; however, trolls would still maintain that though he is a bad person, he is at least not a jihadi!

Trolls switch tracks faster than an express train. In order to avoid arguments on merit, they suddenly write something completely off-topic, which is provocative too. Unsuspecting people fall into the trap. Trolls specialise in claiming authority by posting completely bogus facts or quotes and attribute them to some famous text or personality.

The targets of sexual innuendos are mostly women. It is a form of diversionary tactic and for obvious reasons instantly draws the attention of other pervert vultures amongst them.

Quite understandably, for them a woman is nothing more than her body. They must not be ignored because they are potential rapists and molesters. So obsessed they are with the bodies of their targets that if a target appears beautiful, she would be accused of having photoshopped her pictures, insinuating that she wanted to appear more beautiful, and hence she is not a ‘good woman’ — as if it is a crime to appear beautiful.

God forbid, if, in their view, the target is not beautiful, she is morphed into a gorgon or a female demon! Sexual innuendos against male targets generally speak of their ‘violation’ by someone whom the trolls project as ‘manlier’ than the targets.

Threats of violence or sexual violence:

This is an aggravated form of sexual innuendo. Threats of rape, etc. in trolls are actually a form of ‘virtual rape’ on a platform, where they do not run the risk of being caught or prosecuted. By threatening mainly women and fantasising about the crimes, they write about, they derive a perverse form of vicarious sexual pleasure out of it.

Flaunting omnipotence of their object of veneration:

Trolls often claim that their object of veneration is one who wields power and authority and hence, he does not care two hoots about criticism from people like the targets. They often cite the example of an elephant ambling by even as scores of dogs keep barking.

They add that you, in your whole life, might not have won even a sarpanch’s election and that disqualifies you from commenting on a ‘popular’ person. Because he is so great, he does not consider it necessary to respond to criticism and answer questions of riff-raff like you.

Threat of abuse of legal process:

This tactic follows the flaunting of the omnipotence of the object of veneration. The threat is that numerous cases would be foisted upon you and your life will be ruined running around police stations, lawyers and courts, or that you would face some other government action.

The men who can do such things are hailed as ‘strongmen’ who really know the ‘art of ruling’.

One, who criticises this, is ridiculed for being scared of them.

It may be difficult or even undesirable to get rid of anonymity on the internet — both technically and by legislation, because whistleblowers and dissidents need it. Examples like those of models Liskula Cohen and Carla Franklin in the USA, who could get orders from the court forcing Google and YouTube respectively to reveal identities of the bloggers who had posted defamatory matter and proceeded to sue them, must be treated as rarity and extremely expensive ventures.

There is too much of hatred out there on the internet to be wished away, but recognising the personality traits of trolls, their psychological insecurities and the techniques used by them, that is, generally understanding the functioning of their minds, would help their targets cope with their depredations better.

Dr. N.C. Asthana, a retired IPS officer, has been DGP Kerala and a long-time ADG CRPF and BSF. Views are personal.