The 'Muslim Problem' is a Symptom of Insecure Nationalism

The Sangh's concerted campaign of anti-Muslim prejudice aims to completely marginalise the community in the public sphere.

The rise of the Sangh might have marginalised the Muslims politically and socially, but Muslims, or their issues, are disproportionately represented on the airwaves. Credit: Reuters/Anindito Mukherjee 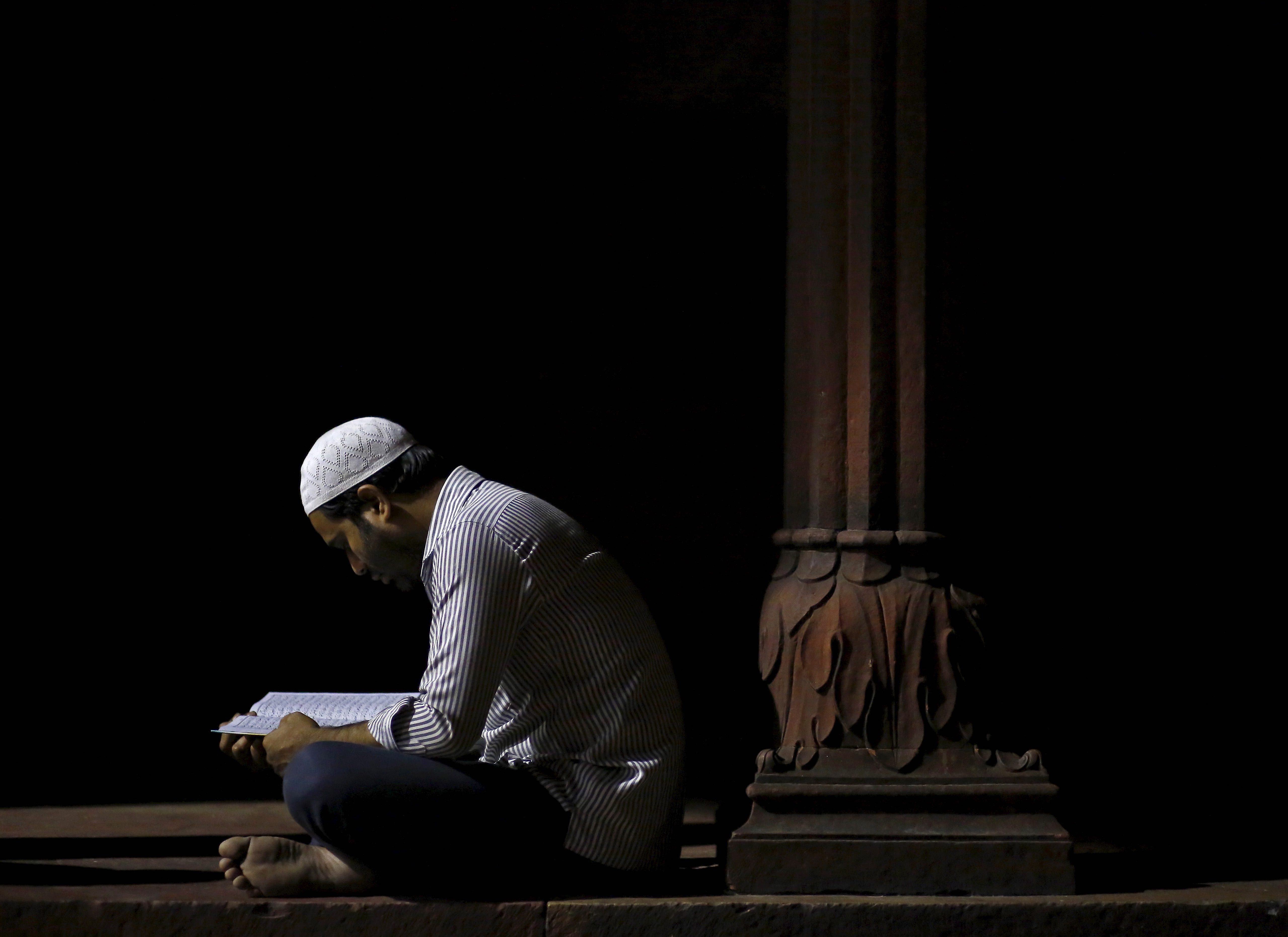 The rise of the Sangh might have marginalised the Muslims politically and socially, but Muslims, or their issues, are disproportionately represented on the airwaves. Credit: Reuters/Anindito Mukherjee

The distinctive quality of Indian nationalism, forged during the anti-colonial struggle, was its emphasis on inclusion and progress. The aim of nationalism was not merely the attainment of freedom but the very transformation of society. This vision of nationalism, expressed in the constitution, envisaged an egalitarian society – one devoid of caste and religious antagonisms. The leading lights of our freedom movement were, no doubt, wary of the chauvinism of European nationalism, which, in its worst forms, led to wars, ethnic cleansing and genocide.

Sadly, the nationalism prevailing today would be unrecognisable to our founding fathers. Far from the high-minded ideals of our constitution, the nationalism of today is increasingly petty, paranoid and insecure. The shift from egalitarianism to majoritarianism in the character of our nationalism carries, of course, particularly dangerous consequences for minorities. We no longer aspire to transform our society, we hardly attempt to even critically examine it; all our national attention, it seems, is insidiously focused on the affairs and issues of Muslims.

The hallmark of an insecure nationalism is the dogged reluctance to countenance the nation’s real problems and inadequacies. We have the highest number of poor and illiterate people in the world, our social indicators are dire, rampant casteism still pervades all spheres of social life, gender discrimination and sexual violence are endemic, and a resurgent religious and national chauvinism threatens our individual and collective rights. However, point that out to a ‘nationalist’ and he will recoil in righteous rage, accusing you of sullying the good name of the nation. Notice the frenzied indignation that consumed us when the Snapchat CEO allegedly called us poor. Or how social activists and NGOs are routinely derided in our media, with even leading columnists dismissing them as povertarians, not to mention right wingers who instinctively suspect them of being foreign-funded fifth columnists bent on harming our image. Or the fact that of all the wrath incurred by feminists and Ambedkarites on social media, the most is dished out by self-described nationalists.

When was the last time you saw this nationalist faction participating in a protest, rally or movement against caste or gender discrimination? Every day, on average, three Dalit women are raped, two Dalits murdered and two Dalit houses burnt. But when was the last time our fire-breathing nationalistic anchors conducted a debate on rising atrocities, or systematic discrimination, against Dalits or Adivasis? Meanwhile our social media, curiously silent against caste-based injustice, frequently rants against caste-based reservations, the main instrument aimed at reversing this injustice. We might be forgiven for overlooking these small concerns relating to the people of this nation, though, considering all our energies are invested in fighting for the symbols of the nation – the flag, the anthem and, increasingly, the cow.

Much like an insecure person refuses to face his own inadequacies and instead projects them onto another person, insecure nationalists are always on the look out for others who can be branded as the bearer of all backwardness, the cause of all problems.

The issues dominating our national discourse over the past few months are testament to this phenomenon. The rise of the Sangh might have marginalised the Muslims politically and socially but ‘Muslim’ issues are now disproportionately represented on the airwaves. While wider issues of society and economy are brushed aside, Muslims increasingly find themselves under microscopic scrutiny.

Their whole way of life is dissected, analysed and critiqued on prime time on a regular basis. The burning issues in the country, it seems, are what Muslims eat, what Muslims wear, how they pray, how they divorce and so on.

While the demonisation of minorities has always been integral to the Sangh project, it has acquired increased sophistication in two respects.

First, issues of naked bigotry – such as beef, love jihad and the ‘population explosion’ of Muslims – are melded with issues reflecting legitimate concerns, such as triple talaaq and a uniform civil code. This allows the perpetuation of stereotypes to be done under a progressive garb and thus is especially useful for higher government functionaries and the media.

Second, technology now allows bigotry to be spread on an industrial scale. This includes not only social media, such as Twitter and WhatsApp, where anti-Muslim propaganda has effectively been normalised, but also the mainstream media, which has discovered the insatiable curiosity its viewers have about the affairs of Muslims.

The choice of the representatives of the Muslim community in these primetime debates is revealing. They are generally the most regressive of clerics, passed off as ‘Muslim leadership’. This makes for good drama and shouting matches, with the Muslim protagonists embodying, and thus legitimising, the worst stereotypes about Muslims – backwardness, fundamentalism and chauvinism. It is a convenient arrangement – obscure, bearded men get the celebrity they crave and channels get the ratings they desire, aside from the anchors burnishing their progressive credentials by hectoring the paid-for maulanas.

The ultimate objective of this concerted campaign, waged on various platforms, is the construction of the ‘Muslim problem’. It is meant to cement the stereotypes and normalise the prejudices about Muslims. The Muslim problem is but the flip side of our insecure nationalism – one cannot exist without the other. To keep up the delusion of the strong nation emerging under Narendra Modi, the Muslim problem provides a useful diversion, not to mention a convenient scapegoat, when the gulf between rhetoric and reality becomes especially large.

Once the existence of the ‘Muslim problem’ is accepted by large parts of society, it would then of course also need to be ‘resolved’. It was resolved through a pogrom in Gujarat, but a national solution is likely to be more subtle, whose shape we can already grasp. It involves the further marginalisation and effective disenfranchisement of the community, long advocated by Hindutva ideologues such as M.S. Golwalkar. The representation of Muslims in elected assemblies is falling across the board. The Muslim representation in the current Lok Sabha is the lowest ever, the representation in the recently elected Uttar Pradesh assembly has receded to the post-Babri riots level, in Gujarat it had plummeted under then chief minister Modi’s watch, settling at two MLAs in a total house of 182. This political marginalisation is coupled with localised violence by vigilantes, enjoying varied degrees of state support.

This concerted campaign of anti-Muslim prejudice may be conceived by the Sangh, but is perpetuated by useful followers in a supine media, driven by the iron logic of ratings, and accepted wholeheartedly by a middle class in thrall to an insecure nationalism. It now threatens to completely marginalise the Muslims in the public sphere. It is this fact that should insult a mature democracy, not an image of its flag on a doormat.