From being killed over ideological differences to not succumbing to threats, Indian journalists have also been targeted by political groups, security personnel and even powerful village representatives. 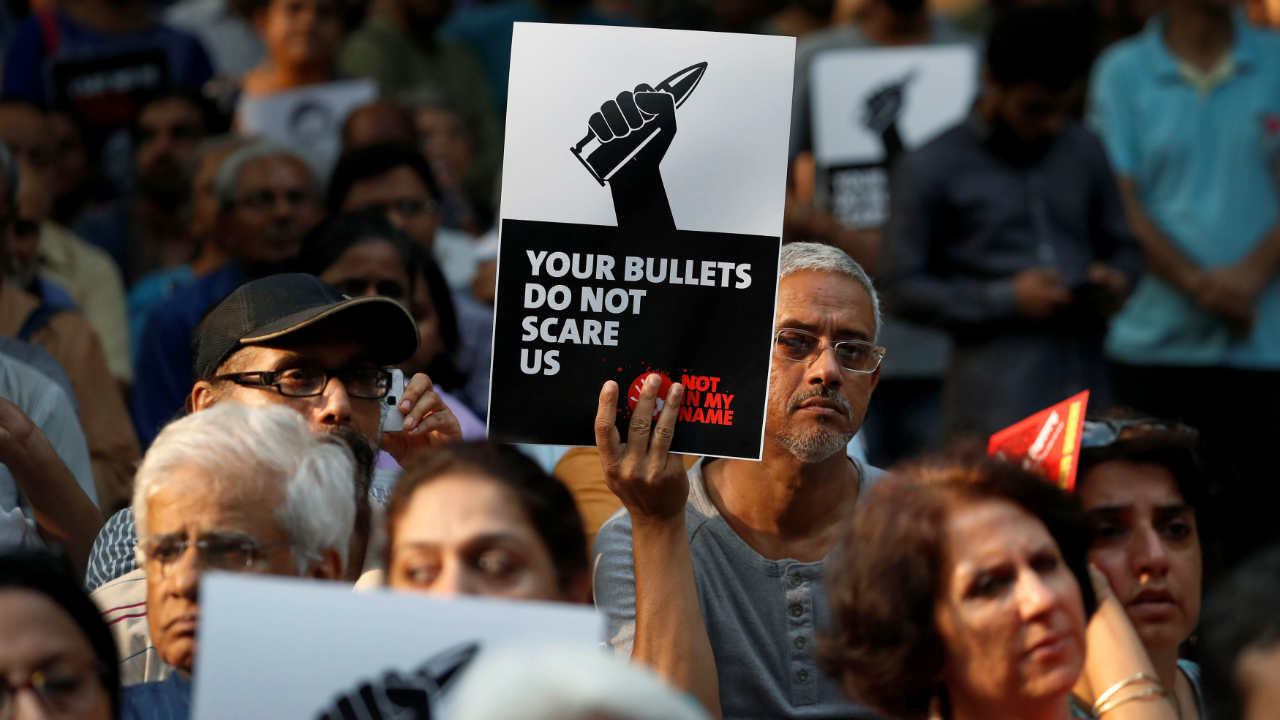 New Delhi: A total of 12 journalists have been killed in India since September 2017. Only in six of these cases the perpetrators of the crime have been arrested. Some of these arrests are controversial, Vienna-based global organisation of editors, journalists and media executives, International Press Institute, recorded in its “Death Watch” report.

November 2 was observed as the International Day to End the Culture of Impunity for Crimes Against Journalists on UNESCO’s call. A look at the investigations into some of the killings in India has revealed that some journalists were killed in the line of duty while covering events, while most were killed for their writings or views on current day issues and polity.

Also Read: Editorial | #TruthNeverDies: For Democracy to Survive, Attacks on Journalists Must End

Incidentally, the IPI report had called out Mexico and India as the two countries where “investigations into journalist killings have been particularly tardy”. In the case of India, the report said there were 12 “targeted killings” in the last one year, but arrests have been made in relation to just six murders. “Most of these arrests are controversial,” the IPI said.

The organisation also noted that “the impunity with which journalists have been murdered and the slow pace of investigations raise the question whether the deaths of journalists are probed thoroughly and urgently as they should be to protect press freedom.”

‘Lankesh murdered due to her anti-Hindutva stand’

One of the most chilling cases of murder was that of Gauri Lankesh, editor of Lankesh Patrike, who was shot dead on September 5, 2017 by three unidentified assailants outside her house in Rajarajeshwar Nagar in Bengaluru.

The Special Investigation Team constituted to probe the case has thus far arrested 14 persons in connection with the crime. The SIT has claimed that they were “annoyed” with her because of her “anti-Hindu” leanings. The probe agency believes there are more co-conspirators involved.

The agency has thus far also established that the weapon used to kill Lankesh was also used to murder rationalist M.M. Kalburgi in 2015 and Left-wing thinker Govind Pansare before that.

The first person to be arrested as a suspect in Lankesh’s murder was K.T. Naveen Kumar, founder of Hindu Yuva Sena and a native of Mandya district of Karnataka. He was arrested in Bengaluru.

Thereafter, four others – Manohar Edve and Sujeeth Kumar from Karnataka, and Amol Kale and Amit Degvekar from Maharashtra – were nabbed for plotting to kill another Kannada writer, K.S. Bhagawan, who is also known for his anti-Hindutva stand.

Then Parashuram Waghmare was nabbed from Vijaypura district of Karnataka in connection with the killing. Mohan Nayak, who was held from Dakshin Kannada district.

SIT denies allegations by accused that they are being framed

Incidentally, some of the accused like Waghmare and Manohar Edave have accused the investigating agency of forcefully taking their confessions. This aspect had also found a mention in the IPI report, which had stated, “Police in India have nabbed the alleged killers of woman journalist Gauri Lankesh, who was gunned down outside her house in Bengaluru in September last year. However, media reports have cast doubt on the reliability of some of the arrests.”

The agency has, however, denied the charges, saying it has enough evidence to prove its case and that the allegations were “a strategy that has been followed by most of the accused in the killing of rationalists to garner sympathy”.

The SIT is moving ahead with the case and it has also roped in four other persons, who it claims knew of the conspiracy and the role of various other members of the Sena in the crime, as police witnesses.

Bukhari killed for not succumbing to threats, trolling

While Lankesh was targeted for her writings and views, Rising Kashmir editor Shujaat Bukhari paid with his life for adhering to the principles of objective journalism, the report says. He did not bend despite being the target of social media trolls for many years.

He would also get threats from various quarters in the dangerous theatre of Kashmir, but did not succumb to the “us and them” ideology. Consequently, he was gunned down by unknown assailants outside his office on June 14 this year.

Later the same month, the Jammu and Kashmir police had claimed that the conspiracy to kill Bukhari was hatched by the Lashkar-e-Taiba in Pakistan. It had identified the assailants as Pakistani national Naved Jatt, who had escaped from police custody in February, and Muzzafar Ahmad and Azad Malik, both residents of south Kashmir.

Also Read: In Kashmir, the State Sees Media as Being ‘Part of the Problem’

Police had also claimed that prior to Bukhari’s killing, there were a series of smear campaigns against him on social media. The material had been posted from Pakistan from two social networking sites being run by one Sajjad Gul, who had earlier fled India. The police had stated that it would be approaching Interpol for a red corner notice against Gul. So far neither Gul nor the three identified assailants have been nabbed. Shujaat’s case thus falls in the category of those which remain unsolved.

Some scribes have been killed for simply reporting events. Santanu Bhowmik of Channel Dinraat was killed on September 21, 2017 in Mandai, Tripura while he was covering the agitation and road blockade by the Indigenous People’s Front of Tripura. The IPFT is a now a coalition partner of the ruling BJP in the state.

Bhowmik was abducted while covering the agitation. His body was later found with stab wounds. Mandai was already tense when this incident took place. The previous day, over a hundred activists of the Gana Mukti Parishad (GMP), the tribal wing of the Communist Party of India (Marxist), were injured in a clash with the IPFT in Khowai district.

His case was solved after almost a year, when the Central Bureau of Investigation in July this year arrested three IPFT leaders, including an MLA, Dhirendra Debbarma, for the murder. Over 300 other party workers have also been booked for the crime.

Commandant’s PSO held for killing another journalist in Tripura

Also Read: Karnataka Has a Long History of Attacks on the Freedom of Press

He had gone to meet the Commandant of the Tripura State Rifles after taking due appointment. But following an altercation, he was shot dead by his personal security officer.

The accused was detained at the spot.

In yet another sensational attack on journalists, Navin Nischal of Dainik Bhaskar and another journalist, Vijay Singh, were allegedly chased and deliberately run over by a former village head’s husband while they were travelling on a bike. The incident took place on March 24. The vehicle was being driven by ex-Sarpanch Shaheeda Parveen’s husband, Mohammad Harsu.

Nischal reportedly had verbal tiffs with Parveen and Harsu in the past, the latter of whom already had criminal cases against him. An FIR was later registered against six accused, including the couple. In the police complaint, Nischal’s brother Rajesh Singh had charged that Harsu and his son Dabloo had chased and deliberately rammed their car into the motorcycle. While Harsu was arrested, Dabloo later surrendered in court.