While Muslims were previously shunned for the bombs or guns they were supposedly carrying, now we are being told the virus, seen as a bio-weapon, is present in the breath of every Muslim. 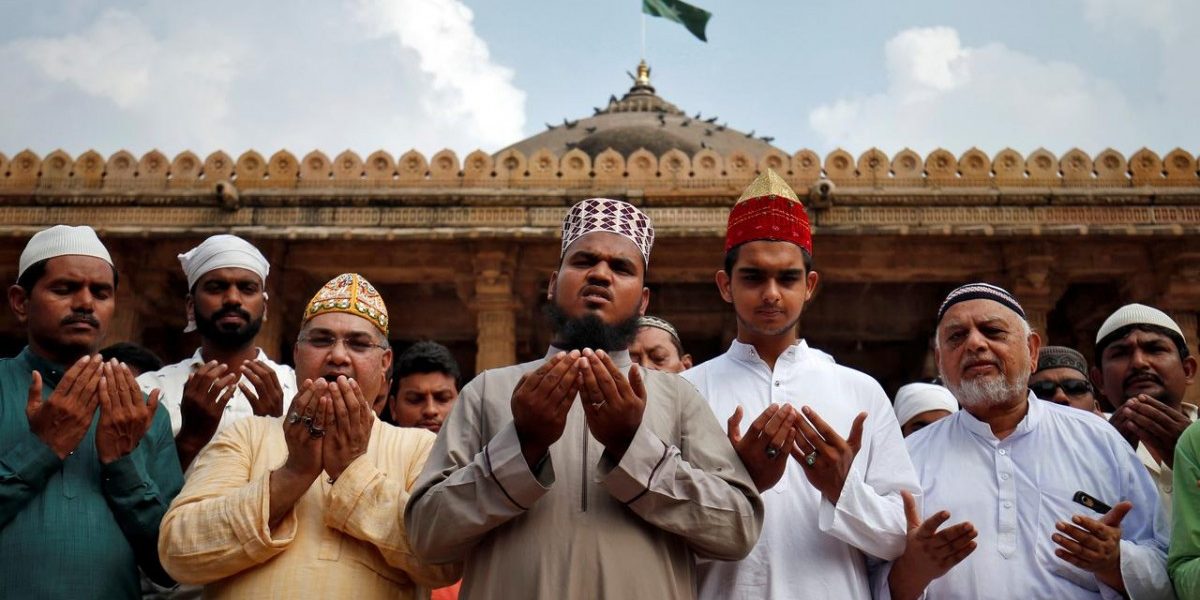 As the vilification of Muslims reaches new heights in India, I find it hard not to think of four Muslim standout characters from Hindi cinema, spread over the last 50 years. Three of them have been with us every day in the India of recent decades, especially since the late 1980s, but such is our blindness that they will still require introductions first. The fourth character is more recent and well-known, perhaps for not representing the ‘identity’ he was born with. For me, he is not just an antithesis to the others, but also a piteous model – a ‘how-to’ tool – on existing in the future in India.

Salim Mirza, the last character Balraj Sahni portrayed, was a shoe manufacturer in M.S. Sathyu’s Garam Hawa.  Imagine for a moment he were still alive and one happens to chance upon him. Would he think, in today’s political milieu, that his decision not to follow others in the family to Pakistan in the aftermath of partition and instead stay back in India, was the correct choice?

A similar decision had been made by the old, dying man in Saeed Mirza’s film, Naseem – the character essayed by Kaifi Azmi, who faced the camera for the first time. His granddaughter, who gave the film its name, asked him why he stayed back in 1947. His answer bemused the girl on the threshold of womanhood, but carried the entirety of innocence and tolerance of an era that went permanently into the past with his passing – symbolically on December 6, 1992.

The dying man replied to the little one: because his wife and he loved the tree in front of their house in Agra; his wife was particularly attached to it. Why should he need another reason to stay back?

The third character, also named Salim in Mirza’s Salim Langde Pe Mat Ro, lived in a different world to the protagonist in Sathyu’s film. Garam Hawa was set during partition and thereafter, when people were making their choices and coming to terms with them. Salim Langde was set in the Mumbai of the late 1980s, when deteriorating inter-community relations and gathering support for the Ram temple agitation were constant props in the narrative. These forced people to ponder over their future, the way the young man did.

Also read: It Was Naive to Expect They Would Forget Their Hatred Towards Muslims in a Crisis

The Salim that walked the sets of Mirza’s film grew up in a Muslim ghetto. He was part of Mumbai’s criminal underbelly because other doors were shut on him. He had a dignified surname – Pasha – which he wished to reclaim and junk the moniker given because of his awkward gait.

He failed in his mission because in Mirza’s imagination, the marginalised Muslim youth’s pursuit of a dream for an inclusive India was a fallacy – there was no escaping hell, either in life or death. In a way, Salim Lagda found personal deliverance and we are to feel no remorse – didn’t Mirza scream with his title – Don’t Cry for Salim Langda. He neither deserves a tear nor needs one.

These characters have been flitting around in my mind because Muslim stereotyping or stigmatisation has reached its vilest point following the media’s coverage of COVID-19 infections among Tablighi Jamaat members.

For several decades, Muslims were typecast by communal propaganda as disruptors of national harmony and as perpetrators of terrorism. While previously Muslims were shunned for the bombs or guns they were supposedly carrying or hiding within flowing robes, now we are being told the virus, seen as a bio-weapon, is present in the breath of every Muslim. 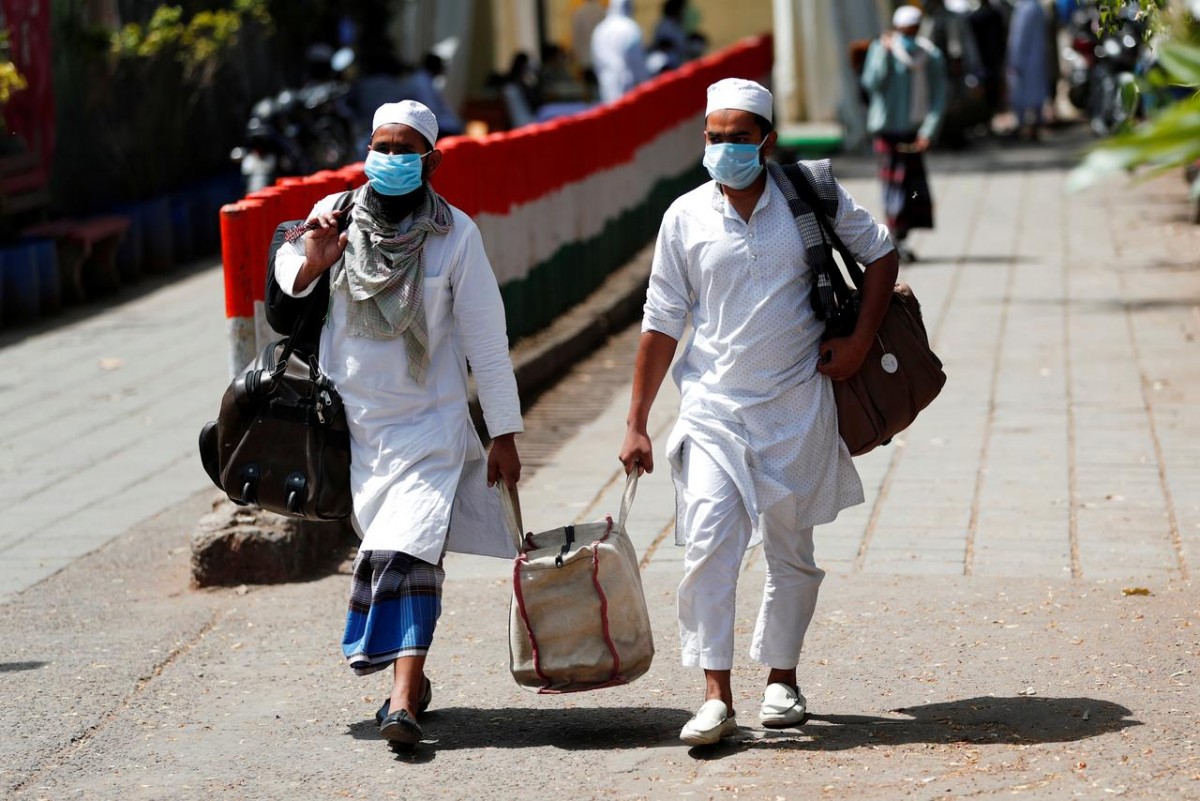 Muslims in India are seen as monolithic and not as a diverse community. With assistance from foot soldiers and social media warriors of the Hindu right-wing, all Muslims were pigeonholed as rabid traditionalists and cast in the same mould as jihadis and terrorists. Organisations ranging from the Tablighi Jamaat to the Jamaat-e-Islami Hind and Jamiat Ulema-e-Hind were immediately depicted as mere replicas of one another.

But more dangerously, the novel coronavirus has finally acquired a religious identity. It provided yet another opportunity to further polarise society on religious lines and consolidate existing majoritarian support. For the Hindu right-wing, this was too good an opportunity to miss out on. It was much later that anyone from the government asked supporters not to communalise the Markaz Nizamuddin incident. Silence has been a convenient political tool for this regime and it was no different this time.

The consequence has been most starkly visible. Among the economically deprived sections of Muslims, those who are either daily wage workers, or petty traders, the impact of religious profiling has been the worst. There are innumerable stories of Muslim vegetable sellers being disallowed entry into gated colonies after instructions to security staff who now check identity papers to ascertain if the seller is Muslim or not.

Once business resumes and workers are hired, it remains to be seen if Muslims are given jobs or not. Even after the threat from the virus recedes, images of fake or manipulated videos showing Muslims misbehaving or licking vegetables before selling them, will be fresh in the minds of most. As a result, it appears that the social ostracisation of Muslims is here to stay for some time.

Also read: What Indian Muslims Can Do in the Face of the Coronavirus Epidemic

On the street, and in common civic spaces like markets or departmental stores, people who ‘look’ Muslim, are shunned. Muslim neighbours in middle-class colonies are avoided too. The old Hindu custom has been revived: do not allow even the shadow of ‘mlechas‘ to fall on you. In the present socio-medical climes, fear shapes most actions of people, whether under lockdown at home or medical workers on the frontlines battling the pandemic.

The worry of getting infected gets amplified when confronted with a Muslim, known or unknown. This explains the greater scrutiny and reluctance to allow Muslims access to public space. If people holding sectarian views could have their way, Muslims would be locked up in ghettos, if not permanently, then at least till the pandemic lasts.

It is not as if the ‘otherisation’ of Muslims is a post-2014 phenomenon. This has been an ongoing process for decades and as Mirza depicted in Naseem, the demolition of the Babri Masjid marked the end of the dream of an inclusive India. At the beginning of his film, Mirza noted that December 6, 1992 wrote the epitaph of an India “that shall never return.” Significantly, also painfully, Mirza never made a film thereafter.

‘Integration’ of Muslims was never fully achieved despite India choosing the path of being a secular republic. They remained the perennial ‘other’. Worse, the sentiment that the majority community needed to ensure that minorities felt secure, very strong in the initial years, has almost completely ebbed out of the Indian polity. The use of communalism as an electoral device has become systemic and instead of staying pragmatic has evolved to being programmatic, at least as far as the largest political party is concerned.

Today’s India has space for neither of the two Salims, nor the dying grandfather. Salim Langda’s violent death was because he wanted to stop being an outlier and become a stakeholder in the India of the dreams – an inclusive nation where his community had the courage to embrace modernity and social reforms. A nation where custodians of tradition did not become symbols of identity, where taking up cudgels against obscurantist groups in every community was possible.

With the aching end of the dream, conveyed as a metaphor with the grandfather’s passing, the choices narrowed. The angry grandson, Naseem’s elder brother, seethes in anger as news comes of the last of the domes crashing down in Ayodhya and heads for a confrontation. This has done little but helped the adversary consolidate itself.

The present phase of vilification of Muslims once again makes it painfully evident that if any room remains for Muslims to easily live and succeed, it is as Murad of Gully Boy. The fourth character mentioned at the beginning of this piece, escapes the situation Salim Langda was born into, but succeeds in accomplishing his objectives without his identity. He leaves his social lapel behind.

Instead of his religious identity, Murad chooses class identity. He fights a different battle and wins with aplomb. But in real life, the likes of Murad can break through the glass ceiling only when they act individually and not as prototypes of the community or displaying a shared social identity. They can also succeed by becoming what the Hindutva brigade wish them to – Muslims in name only, with their ‘Muslimness’ restricted to the personal domain while embracing the ‘nationalist’ idea of everything else.

In the four and half decades since Sathyu’s poignant portrayal of a Muslim’s sense of nationhood and class affinity, prejudice towards Muslims has graduated – at different times transforming into dislike, apathy and abhorrence. Now there is nothing but sheer hatred.

Perhaps, in a reversal of Salim Mirza’s self goading, insaan ko ab akela hee jeena hoga (a person will have to live in isolation) is the homily one must internalise. After her grandfather’s death, Naseem is shown sitting on the bed where he lay. The empty space is a metaphor for what is missing in public life.

She looks out of the window and recalls his ludicrous reply on why the sky is blue and not yellow – because he did not like yellow so he painted it blue. He defends her accusation of being unscientific, “but you still smiled, it makes no difference if the sky is blue or yellow, it’s very important to smile.”

In the film’s earlier part, she asked what Naseem meant: morning breeze. But does today’s India leave hope for that breeze to evoke a smile when we begin our day tomorrow?