India Lodges Protest on Attack on Hindu Temple in Pakistan

On December 30, a mob led by clerics vandalised a temple in southern Karak district of Khyber-Pakhtunkhwa. 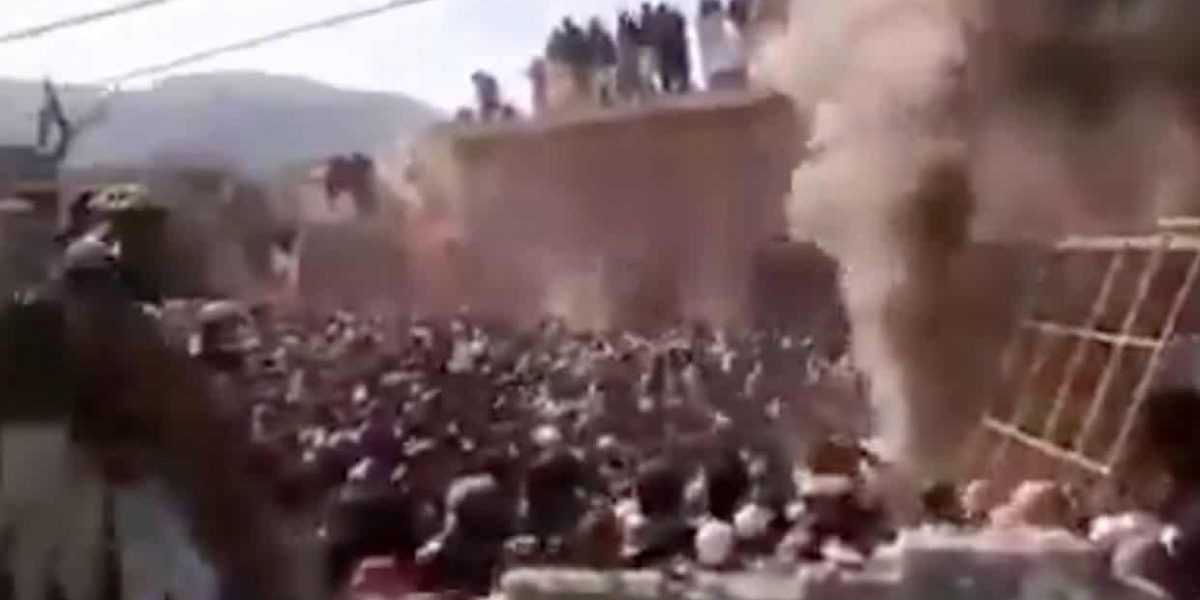 A still from video footage shows the attack on the Hindu temple in the village of Terri. Photo: Twitter

New Delhi: Two days after a mob attempted to destroy a Hindu temple in the Khyber-Pakhtunkhwa province, India on Friday protested against the incident and asked for a copy of the investigation report from Pakistan.

On December 30, a mob led by clerics vandalised a temple in southern Karak district of Khyber-Pakhtunkhwa. The temple had stopped offering religious services after Partition, but four years ago, the Pakistani Supreme Court handed over the temple to the Hindu community. As per Pakistani media reports, it has since been a pilgrimage site for Hindus.

The temple was undergoing renovation and extension, which had led to resentment among the resident. Instigated by clerics, a mob first vandalised the temple and then set fire to it.

A day later, Pakistan Supreme Court Chief Justice Gulzar Ahmad directed the One Man Commission on Minorities Rights, the provincial chief secretary and police chief to visit the site and submit a report on the incident. As per a release issued by the Supreme Court, the chief justice took cognisance of the matter after being approached by member of the National Assembly and patron-in-chief of the Pakistan Hindu Council Ramesh Kumar.

The provincial chief minister, Mahmood Khan, announced on Friday that the temple would be reconstructed and “strict action” taken against those involved. He stated that several people had already been arrested.

Meanwhile, the Indian Ministry of External Affairs on Friday protested to convey “serious concerns to Pakistan High Commission at repeated instances of similar nature, of atrocities against the members of the minority community”, as per official sources. There is no official statement from the Indian government, so far.

Also read: Should an Islamic State Fund a Mandir? As Pak Debates, Hindus Pray for Temple in Islamabad

Sources also stated that Pakistan is expected to “investigate the matter and take strict action against those responsible for this vandalisation and demolition of the temple”.

“It was also impressed upon the Government of Pakistan that this was not the first time the temple was destroyed in Pakistan. This has been ongoing since 1997,” they added.

India has also asked for the “investigation report to be shared with the Ministry”, sources said.

“Our message reiterated that the Government of Pakistan, in discharge of its responsibilities, is expected to look after the safety, security and well-being of its minority communities including protection of their religious rights and cultural heritage,” they added.

This was not the only communication from between India and Pakistan on Friday. In line with bilateral agreements, both countries also exchanged a list of civilian prisoners and fishermen held in each other’s custody and a list of nuclear installations.