For some unmentionable reason, all rationality and political or cultural empathy disappears when the subject of Kashmir comes up. In its October 19 episode of the programme, ‘Reality Check’, NDTV probed the anti-Hindu violence in Bangladesh and some questions arising thereof, for broader scrutiny.

The programme noted how Hindutva organisations in India have been quick to demand of both, the Bangladesh Prime Minister and Narendra Modi, that the violence be dealt with firmly and the guilty be punished.

To her credit, the Bangladesh Prime Minister has said the attackers “will be hunted down.”

All this comes at a time when episodes of anti-minority violence and exclusion continue to be reported from various cities and towns in India.

The NDTV programme noted some recent incidents; the forced entry of a group of Hindutva activists into a church in Hubbali in North Karnataka where they sat down to sing Hindu bhajans; a thundering speech made, again, in North Karnataka, by the Ram Sene chief to the effect that a mosque would be demolished and a temple built on the site and two episodes of vandalisation of mosques in Indore and Mandsaur, towns of another BJP-ruled state, Madhya Pradesh, where the mosques’ flags were brought down and substituted with saffron ones.

All these incidents join the litany of provocative and humiliating actions over the past few years.

The programme then asked: Why do such episodes not deserve equally strict condemnation from the Prime Minister and a fair-minded comeuppance from law-enforcement agencies?

The substance of the aforementioned programme carries troubling implications for the complex situation that now looms in the Kashmir valley.

But what passes their understanding is how Hindutva forces expect Kashmiri Muslims to go breast-beating, even when no such breast-beating ever takes place when innocent Kashmiri Muslim youths get killed, in numbers far larger than other sorts of killings; or when an Akhlaque, a Pehlu Khan or scores of young and old Muslims have “instant justice” delivered unto them for being who they are; for crimes they may not have committed.

Also read: The Indian State Took Away the Very Kashmiri Voices It Now Expects Will Speak Out

One may note, in passing, that not only have groups of people been coming out to condemn the recent civilian killings by more than word of mouth, but remarkably, many mosques have been blaring admonitions at Muslims to ensure that minorities are not harmed. Indeed, if temples on the mainland were to do likewise, that would be the day.

What also hurts greatly is the fact that the killings of Muslim youths, be it by militants or by the Forces, have come to be seen as a mere adjunct to a “normalcy” agenda in Kashmir whereas a non-Muslim fatality seems to constitute murder most foul. From any human perspective, however, the familial and social devastation caused by either form of killing are always one and the same.

Why is it, therefore, that the constraints that seem so understandable in the mainland are rubbished as “complicity” in the Valley?

This conundrum harkens back to another significant one that Hamid Ansari, former Vice-President of India, recalls in his memoirs.

In an interaction with Prime Minister Modi, Ansari writes, when he brought up the subject of post-Godhra violence in Gujarat, Modi averred that only one side of the story was told; that in fact, he had done a lot of good work for Muslim girls.

When Ansari suggested that he ought to publicise that work, the answer he got was, “That would not suit me politically”.

Is it not strange that the constraints Modi spoke of should not be either recognised or understood vis-a-vis mainstream political forces in Kashmir?

We recall how, at a function in Gujarat, Modi refused the offer of a skull cap from a Muslim cleric. Did Modi then realise that, as small a thing that it may have seemed to him, such a rejection from a Prime Minister – known to wear all sorts of hats – carried devastating cultural symbolism which was tantamount to the rejection of an entire community, even as it may have pleased the majority? 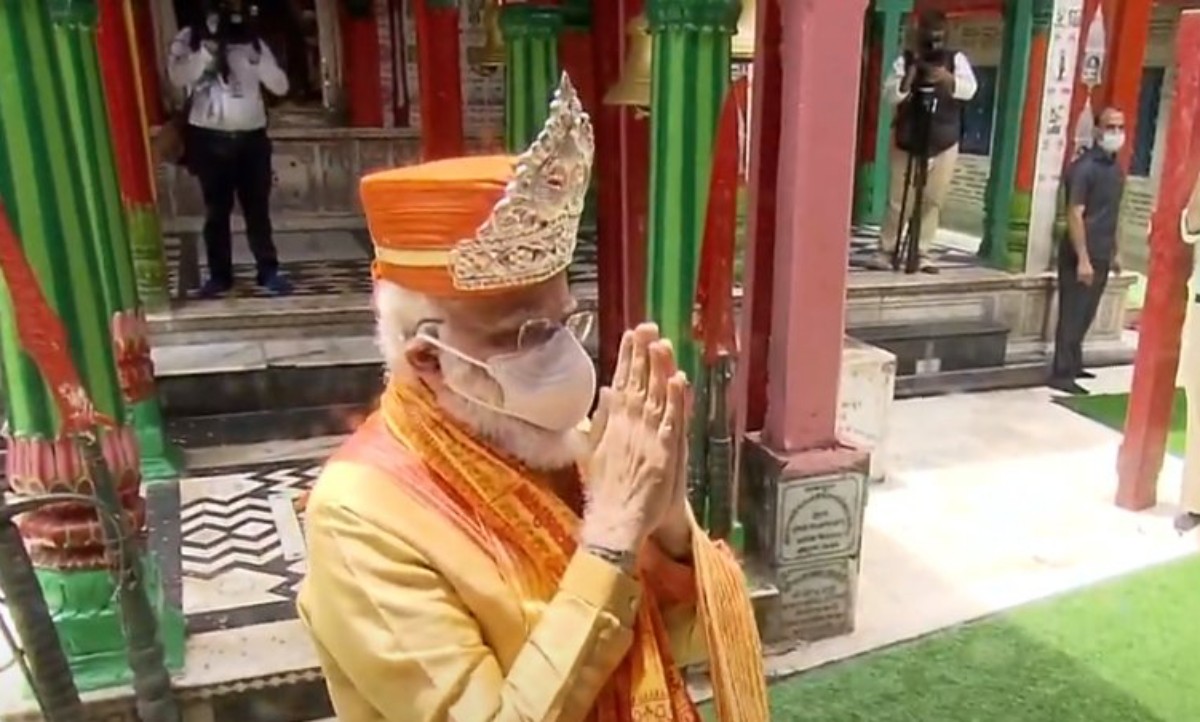 At a macro-historical level, there is another question that rankles the Kashmiri-Muslim, which is this: Why should it be thought that Kashmir can be integrated with the Union only when a demographic turn-over occurs in the valley?”

This rankles because, when Kashmir acceded to Indian dominion, it was not a Hindu-majority area but an overwhelmingly Muslim-majority one; a fact whose transcendent political significance is never given the due consideration it deserves.

Kashmiri democrats note that the choice they had made, against all odds, in favour of a negotiated constitutional position in India, which promised a secular equality of citizenship and a federated autonomy, was an enlightened one; when for a Hindu Maharaja who wished to remain Independent of either dominion, both demography and proximity would have made Pakistan the more logical option.

Many now rue the reality that the India they had acceded to turned out to be even more “temporary” than the much-maligned Article 370, whose erstwhile provisions had helped Kashmiris keep their faith in constitutional promises, despite a fraught history of chicanery.

What is also difficult to swallow is that the government of India does not hesitate to hold parleys with armed rebels in, for example, Nagaland, who still hold on to their seditious demand for “sovereignty” and, conversely, think that the best way to sort out troubles in the Valley is to incarcerate mainstream political leaders at the drop of a hat.

Indeed, it is also noted that, whereas the Indian government continues to engage in talks with the “militant” Taliban, the only solutions it can think of for Kashmir are high-handed diminutions of both political/constitutional and cultural identities, without the least reference to those who represent the people there.

These unanswered questions inevitably invite the thought that, for some unmentionable reason, all rationality and political or cultural empathy disappears when the subject of Kashmir comes up.

Why this is so needs to be found out.